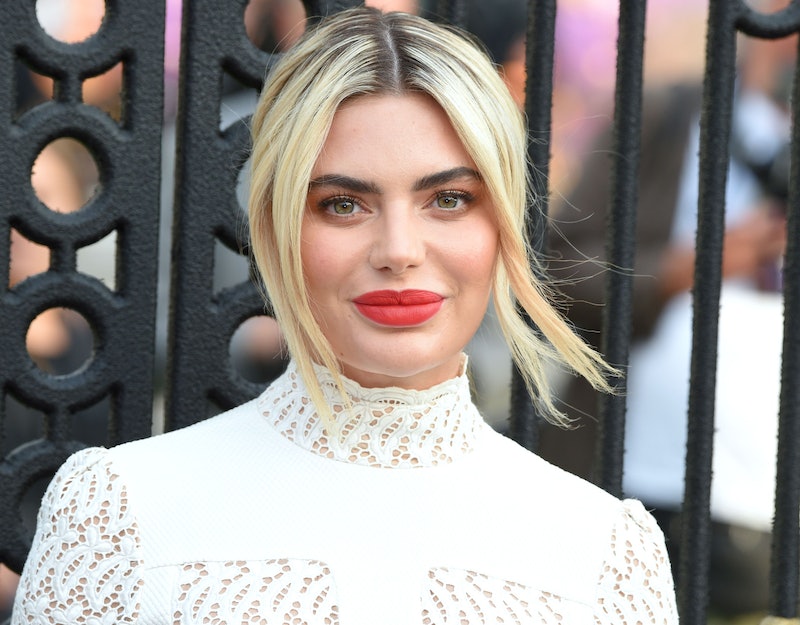 Being on a reality show like Love Island can provide excellent opportunities, but it can also make contestants susceptible to unnecessary online criticism and abuse when the show inevitably ends. Those that make these remarks tend not to realise how damaging they can be, which is why Meghan Barton-Hanson's comments on her plastic surgery are incredibly important to hear. Appearing on the Victoria Derbyshire programme on Tuesday (April 23), Barton-Hanson spoke of the surgery she had in her teens, which included having her ears pinned back, a rhinoplasty, and breast augmentation.

The Love Island contestant then explained how she experienced incessant trolling and bullying after a photo comparing her before and after the surgery began to circulate. "Then when I was on TV, everyone was like 'this is her before, this is her after. She's so fake!' Plastic surgery has made me happier. Obviously, it didn't fix all of my problems and I had to work on myself," she explained.

"That's the kind of attitude that makes young people not do their research and rush into it, because they're scared to tell their family and friends that they want to go and get this procedure done in fear of being judged."

Barton-Hanson's comments were part of a broader debate surrounding cosmetic surgery regulations, where Derbyshire asked an audience of "young people, influencers and medical professionals [...] whether having a cosmetic procedure has become the norm for young women, and men." The debate also dealt with the rise of young people self-administering cosmetic fillers with no knowledge or experience.

The debate itself stemmed from the recent news that the UK government is planning on launching a campaign which will "look to ensure the public was fully informed about the importance of seeking professional advice regarding fillers, Botox and cosmetic surgery" as England's Department of Health told the Victoria Derbyshire programme. As BBC reports, the Department of Health also hopes that this campaign will "tackle the number of 'botched' procedures, and the resulting impact on a person's mental and physical health, as well as the cost of the NHS of treatment following such procedures."

The programme also brought to light how influencers are reportedly contacted by doctors and practices who offer to give them free cosmetic procedures to promote their brand. 2017 Love Island contestant Tyne-Lexy Clarson explained how she would receive "a daily influx of emails" after left Love Island of offers for numerous cosmetic procedures.

"I got offered plastic filler for my nose, for my jaw. I'd even have it to the extent where they'd already analysed my face from a photo and actually told me where I needed it doing."

When asked by Derbyshire whether these were free offers, Clarson confirmed that this was the case and it was because they wanted her to promote it. "And that is one thing I will hand on heart, never, ever, do because I do know I have a young following and I'm always honest. I was honest about my breast procedure, but I would never promote the fact of having fillers because I know people are so young and it can be so impressionable on them."

Alexandra Cane, a contestant on Love Island 2018, also had a similar experience once she exited the villa. "I've had a lot of companies messaging me about getting free filler and nose surgery and whatever it is I wanted and I've just declined it," she told Metro. "It's not really something that I want to enter into. If I was to do it, it would be my own choice completely. It would never be for anybody else."

To sum up, if you plan to have cosmetic surgery it has to be your decision alone, and it needs to be done by a professional.