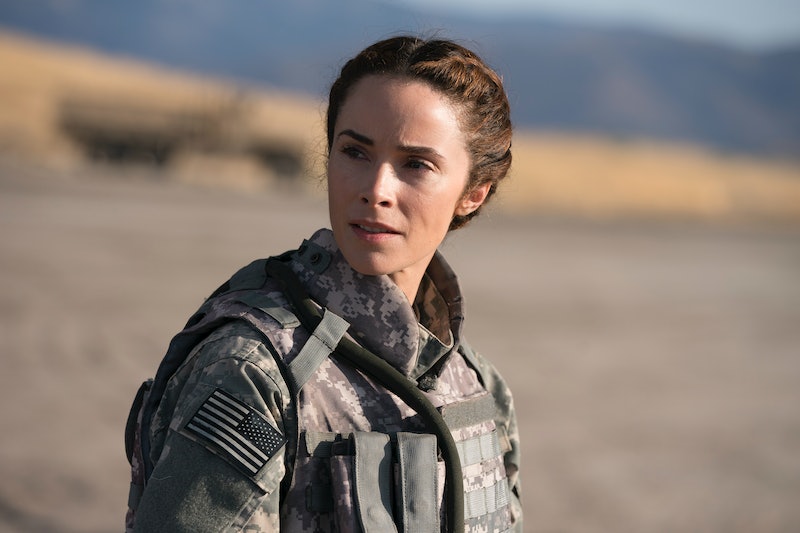 Owen Hunt on Grey’s Anatomy doesn’t have baggage — the man has trunks of issues stemming from his military service and the disappearance of his sister, Megan. It took Grey’s Anatomy over ten seasons to follow up on his sister, but Megan reappeared in Season 14, recast (Abigail Spencer replaced Bridget Regan, the actor that originally depicted Megan, because of scheduling issues) and ready for more. But where has Megan been on Grey’s Anatomy? Does the fact that she’s back mean that Owen won’t be such a big meanie? There are so many questions on this show and not much time to answer them.

Megan, Owen, Teddy, and Nathan Riggs were all stationed overseas together, having as a grand a time you can have when in the middle of a war zone. Teddy loved Owen (why, Teddy?), Owen loved someone else, Riggs loved Megan, and Megan loved Riggs.

Except Riggs cheated on Megan, causing a fight between, well, everyone, and Megan leaving on a helicopter to take a victim of war to safety. It turned out that that victim of war was actually a terrorist, and she took down the helicopter with everyone on it. Riggs and Owen never forgave themselves for “letting” Megan get on the helicopter, and while Teddy was sad, she ultimately realized she did not control Megan. That’s something these guys should learn.

Flash forward to Season 14, and Teddy is back from Germany, telling Owen that Megan is actually alive, although with a hole in her gut from shoddy medical care. Oh, and she has a local boy, Farouk, she’s calling her son that she needs brought into the country because she won’t leave him behind. At this point, Riggs was with Meredith, so everyone was pretty shocked to see Megan, alive and well in Seattle. Although many of us were rooting for Riggs and Mer, Megan's return made him realize that he was still madly in love with his old friend and they reconciled after her surgery.

Then, they got engaged and went off to Los Angeles together, with Farouk in tow, one big happy family. This whole thing ordeal also reopened the lines of communication for Teddy and Owen’s unrequited lovefest, so in a way, Teddy getting pregnant with Owen’s baby and Grey’s Anatomy fans having to suffer through this storyline is all Megan’s fault. All. Of. It.

Now, as Grey’s Anatomy previews show, Megan is back — but whether the rest of her family is returns is up for debate. What does she want? Is Farouk with her? Is Riggs with her? Those are the questions that Grey’s Anatomy will hopefully answer in her new episode. According to IMDB, Spencer is slated to play Megan for only one episode this season, so expect Megan jump in, give her opinions on everything, and then promptly leave Grey Sloan.

But she might be back quite soon. After all, she has a little niece or nephew on the way right now, so she’s going to want to be around for that the newest addition to the Grey's Anatomy family (and all the drama that comes with him or her).