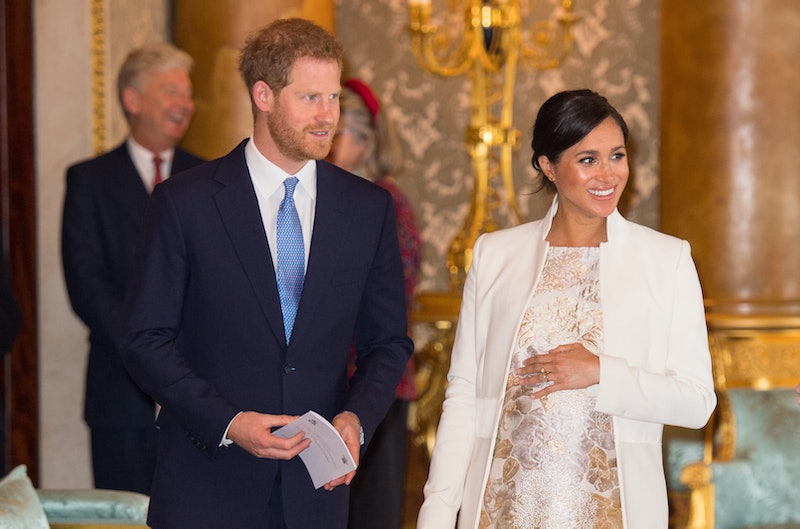 With Baby Sussex due any day now, it's fair to say that the most anticipated notion of all (in addition to whether it will be a boy or a girl) is what the baby will be named. There have been a number of guesses, from royal classics to more "out there" options perhaps more suited to the modern couple. But recent rumours have suggested that for the time being, Prince Harry and Meghan Markle's baby has reportedly been nicknamed Clive — and the reason is rather sweet and funny.

Reporters at The Sun have suggested that staff at the boujee hotel getaway Cliveden — where Harry and Meghan regularly stayed in the months after their marriage — have joked the baby could very well have been conceived there. For this reason, until the baby has a gender and name, they've decided (aptly) on Clive.

“Staff are joking that their baby is a Cliveden baby and if it’s a boy they should call him Clive, as they enjoyed their time so much there. Harry and Meghan were always popping back to Cliveden for romantic stays after their wedding. They spent a number of days there last summer and autumn."

And it sounds as though Cliveden is a place very close to the couple's hearts:

“They often stayed in a very private cottage in the grounds, Spring Cottage, and not many people would know they were there. But the ladies in their exercise classes were quite surprised when they used to walk by! Meghan really fell in love with the hotel and particularly the history of the two famous women who lived there, Nancy Astor and the Duchess of Sutherland.”

Not only did Harry and Meghan enjoy stays there last year, they also chose the destination as the hotel Meghan would stay in the night before her wedding. Yep, Markle and her Mother Doria Ragland made the National Trust property their base before the big day, and were pictured arriving their together. No wonder the property has such special significance for the couple.

If you're hoping to copy Meghan's holiday routine, it may take a little saving up, however. She and Harry are reportedly known to stay at the Spring Cottage, which as the Cliveden website shows, starts at a cool £2055 a night. Not for the faint hearted.

You can, however, stay in the main hotel for a little cheaper, but it'll still set you back a few hundred quid. My advice? Pop in for afternoon tea one day and take a walk around the grounds to take in the beautiful views. An afternoon tea at Cliveden house starts at £37 per person.

Whether you plan on visiting or not, you have to admit, Clive is a rather cute nickname for the future royal tot until we know what it will actually be called. As predicted, the bets are in for what they will name their baby, with suggestions ranging from Elizabeth to Diana to Alice and Victoria for a girl, and Philip, Charles and Spencer for a boy.

I can't wait to see what they end up picking!