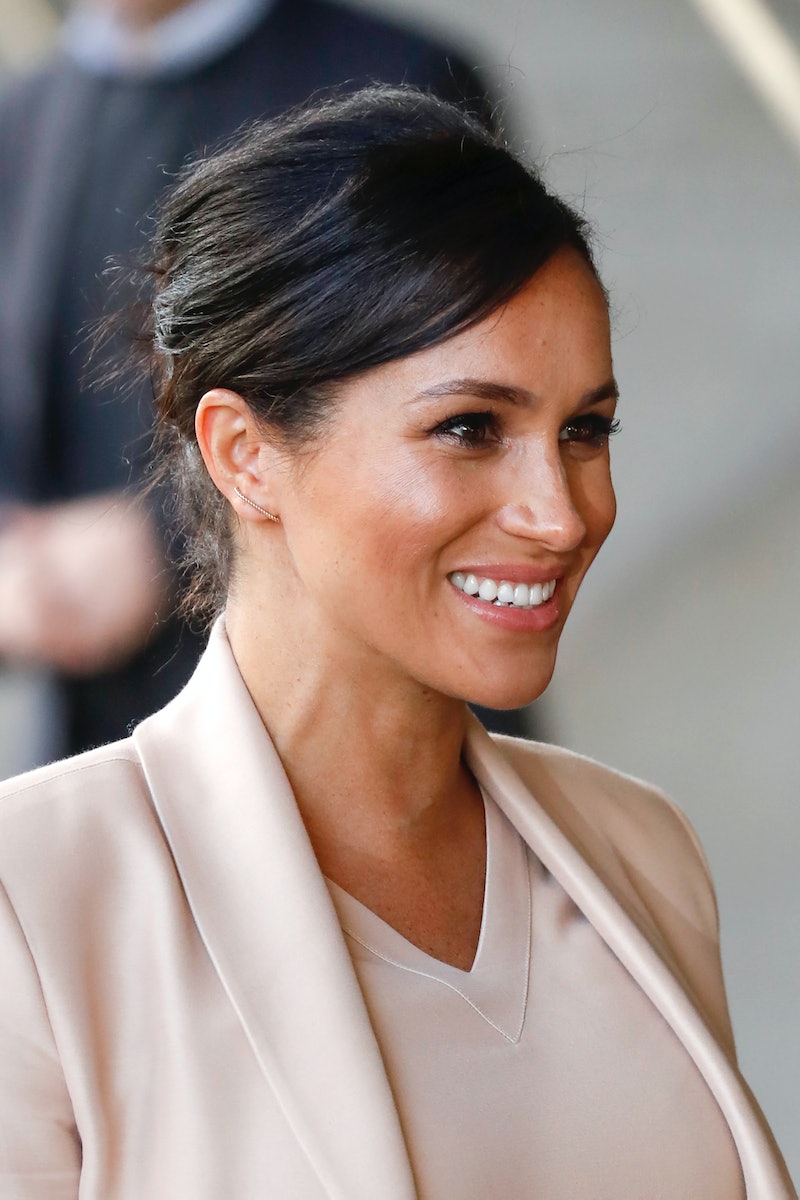 Rachel Zane was such a prominent figure on Suits before to her departure, so when it was announced that the series would be coming to a close after its upcoming ninth season, some speculation has occurred regarding whether or not Meghan Markle will return for Suits' final season, even though she retired from acting prior to marrying Prince Harry. And while series creator Aaron Korsh isn't completely ruling the possibility out, he thinks fans shouldn't hold their breath waiting for Markle's character to appear.

"We're not currently asking Meghan Markle to leave her position with the royal family and join us," Korsh said on Tuesday at the Television Critics Association winter press tour to promote the Suits spin-off show, Pearson, as reported by E! News. "I would love it, but I think it's pretty close to zero." In other words, it's probably never going to happen, regardless of how great it would be to see Rachel come back for the show's final few episodes. Not that this news should be all that surprising, of course. The Duchess of Sussex is due to give birth in the spring and she is reportedly not traveling right now, so the odds are her making any sort of appearance on Suits is slim to none.

However, that's not to say that none of the former Suits stars who have left the series won't be making a cameo at some point throughout Season 9. Though he didn't come right out and confirm anything, Korsh hinted that Mike, played by Patrick J. Adams, could return to Suits before it takes its final bow.

“I had discussed with Patrick [J. Adams], when he left, the possibility of coming back, and we both decided if the time was right, and he was up for it, and he had the time, that we would do it,” Korsh said at the panel, according to TVLine. But he was quick to add that “we’re just starting our writers room” for the final season, “so I don’t know yet” if Mike will necessarily fit into the storyline. So fans will have to just wait and see how it all plays out.

By that same token, one could argue Markle's possible return could still be negotiated, but given everything she has going on these days — what with her pregnancy and responsibilities as a royal — we shouldn't get our hopes up.

So how exactly will Suits choose to wrap things up then? Korsh teased in a recent interview with Deadline that a full-blown happy ending may not be in the cards for these characters. "We have over the course of the years a lot of characters that we care about and love. And yet rarely if ever have we done a full-on happy ending for all of them or a full-on sad ending for all of them, it’s just not common to do in the lexicon of Suits," he explained to the outlet. "Oftentimes we give with one hand, take away with another or have a bittersweet ending. That’s just often how it goes."

There's no denying that the series finale just won't be the same without Markle, but at least she has a pretty good excuse.