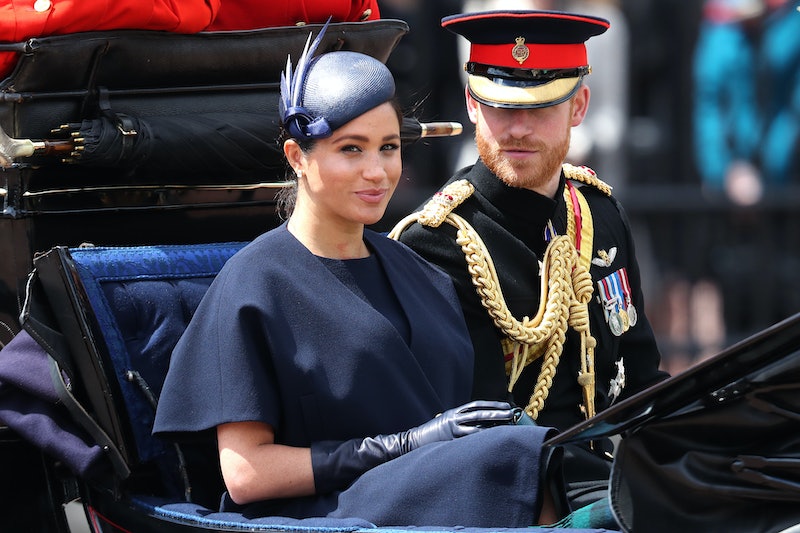 Meghan Markle made history by being the first guest editor of the September issue of British Vogue, in the magazine's 103-year history. And for her editorial debut, the Duchess had one specific request. Meghan Markle asked for freckles on Vogue's cover. While the Duchess herself has freckles, Markle isn't on the cover of September's Vogue issue. Instead, Markle has chosen to spotlight 15 influential women whom she admires, and their faces are on the cover.

These women are seen as "forces of change" by Markle, and the roundup includes model Adwoa Aboah, New Zealand Prime Minister Jacinda Ardern, actress Laverne Cox, and author Chimamanda Ngozi Adichie, among others. Many of these women have freckles and beauty marks, and the Duchess wanted to highlight them.

The photographer behind the iconic shoot was Peter Lindbergh, and in an interview with British Vogue, he shared how Markle instructed him to keep everyone's freckles airbrush-free. “My instructions from the Duchess were clear: ‘I want to see freckles!’” Lindbergh said. “Well, that was like running through open doors for me. I love freckles.”

Markle has been vocal about her freckles these last few years, stressing how she disliked erasing them both via Photoshop and foundation.

In an interview with Allure in 2017, Markle opened up about how she hated to see her beauty marks airbrushed away after a photo shoot. In the interview Markle said that her mixed-race background made her ethnically ambiguous in Hollywood, and that erasing her freckles was a form of colorism. "Add the freckles to the mix and it created quite the conundrum. To this day, my pet peeve is when my skin tone is changed and my freckles are airbrushed out of a photo shoot," Markle said. "For all my freckle-faced friends out there, I will share with you something my dad told me when I was younger: ‘A face without freckles is a night without stars."

Markle made waves when she decided to let her freckles peek through during her wedding to Prince Harry in 2018. The Duchess' bridal makeup artist, Daniel Martin, told Good Morning America that Markle requested a sheer foundation so as not to hide her beauty marks. "I spot treated it [the foundation]," Martin said. "So instead of using it all over her face, I used it only where I needed to balance out any redness or uneven skin tone, and that was when you were able to see her freckles come through.”

"Every time I'd do her makeup, she'd say, 'Can we just make sure my freckles are peeking through? I don't want a ton of foundation,'" Sellers told Refinery29. "It was more about the amount of product that went on her skin and keeping it really fresh and dewy, rather than caking it on."

Freckles are a point of pride for Markle, and that appreciation was translated into her guest-edited Vogue cover.