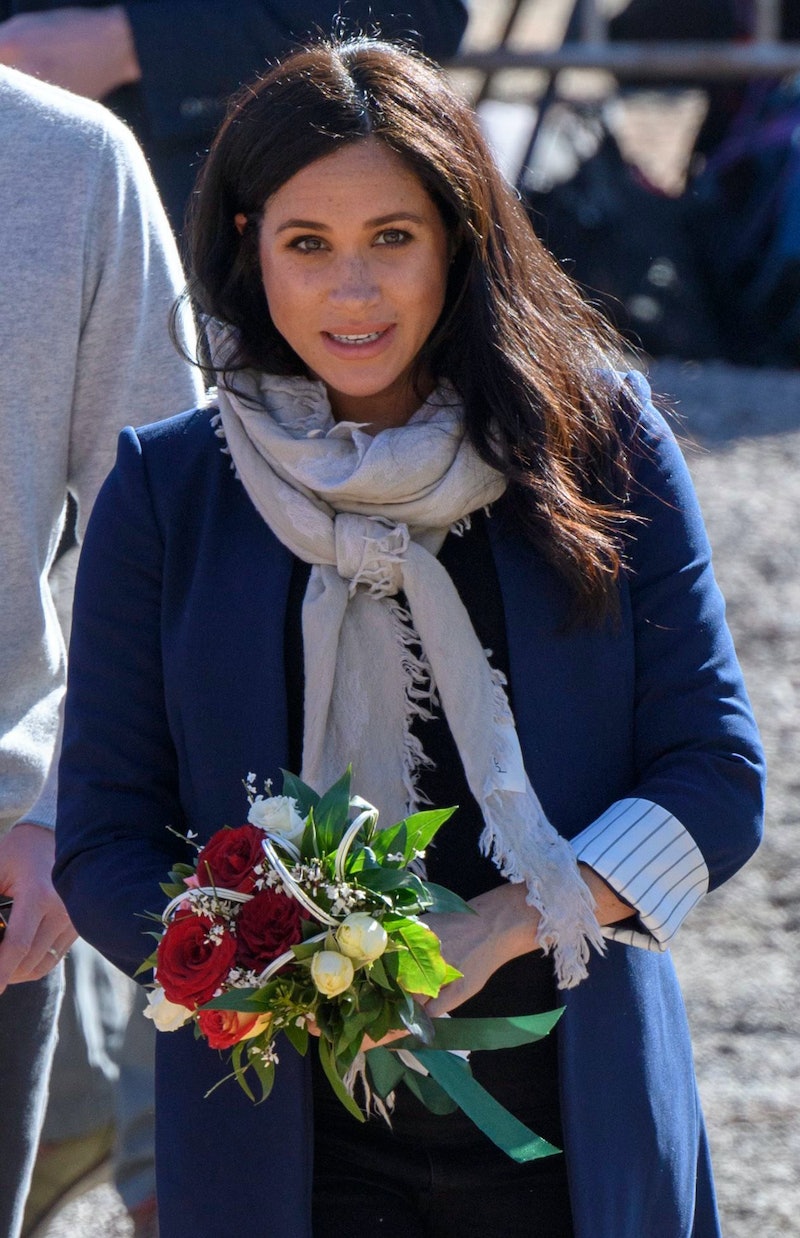 Some things never change — even when they really need to. A Meghan Markle video on racism from 2012 has resurfaced on Blackout Tuesday, in light of the ongoing Black Lives Matter protests following the death of George Floyd, Breonna Taylor, and other unarmed Black people at the hands of the police. And sadly, it proves that not much has changed since she was simply an actor on the beloved show Suits.

Markle filmed the video for USA Network's "Characters Unite: I Won't Stand For..." campaign, in which she spoke out about racism. "I’m biracial. Most people can’t tell what I’m mixed with, and so much of my life has felt like being a fly on the wall,” she said. "Some of the slurs I’ve heard or the really offensive jokes, or the names, it’s just hit me in a really strong way."

In the video, she went on to tell a story of her grandfather, who drove from Cleveland to Los Angeles, but had to stop at segregated restaurants with separate entrances for Black people to get food for his family. She went on to explain that a couple years prior, she heard someone call her mother Doria Ragland the N-word, which gave her a new view on how pervasive racism still is in the U.S., but admitted that she hadn't experienced that same behavior directed at her personally.

"Certain people don’t look at me and see me as a black woman or a biracial woman," she explained. "They treat me differently, I think, than they would if they knew what I was mixed with."

Markle concluded her video with a message of hope, saying that she was "really proud" of her heritage. "I hope that by the time I have children that people are even more open-minded to how things are changing and that having a mixed world is what it’s all about," she said. "Certainly, it makes it a lot more beautiful and a lot more interesting."

Sadly, the intense hate and scrutiny surrounding her marriage to Prince Harry in May of 2018 has proven that people haven't embraced a beautiful mixed world just yet. Since she entered the Royal fold, British press outlets have used thinly veiled racist statements in their coverage of the former actor, talking about her "exotic DNA" and remarking that she was "straight outta Compton." A BBC presenter was fired for comparing Markle's son Archie to a chimpanzee. Even a fellow royal family member, Princess Michael of Kent, was accused of wearing a Blackamoor brooch, a racist symbol, to meet Markle.

Harry was worried for his wife even before their royal exit, saying in a statement in November 2016 that Markle "has been subject" to abuse and harassment in the public eye. "Some of this has been very public — the smear on the front page of a national newspaper; the racial undertones of comment pieces; and the outright sexism and racism of social media trolls and web article comments," it read. And things did not appear to get better over time. The couple cited media coverage as one of the reasons behind their choice to step down as senior members of the royal family in January, and announced that they would no longer speak to select British press outlets.

Markle's timely video proves that racism has long been an important topic to her. Sadly, it also highlights the hard truth that not much has changed in the past 8 years.

More like this
Prince Harry Incorrectly Recites Christina Aguilera’s “Genie In A Bottle” Lyrics
By Jake Viswanath
I Read Prince Harry's 'Spare' So You Don’t Have To: 11 Highlights To Know
By Marina Watts
Twitter Is Identifying With Sally Field & Jane Fonda’s Friendship In New Viral Video
By Jake Viswanath
24 History-Making Black Women You Probably Didn't Learn About In School
By Ayana Lage and JR Thorpe
Get Even More From Bustle — Sign Up For The Newsletter
From hair trends to relationship advice, our daily newsletter has everything you need to sound like a person who’s on TikTok, even if you aren’t.