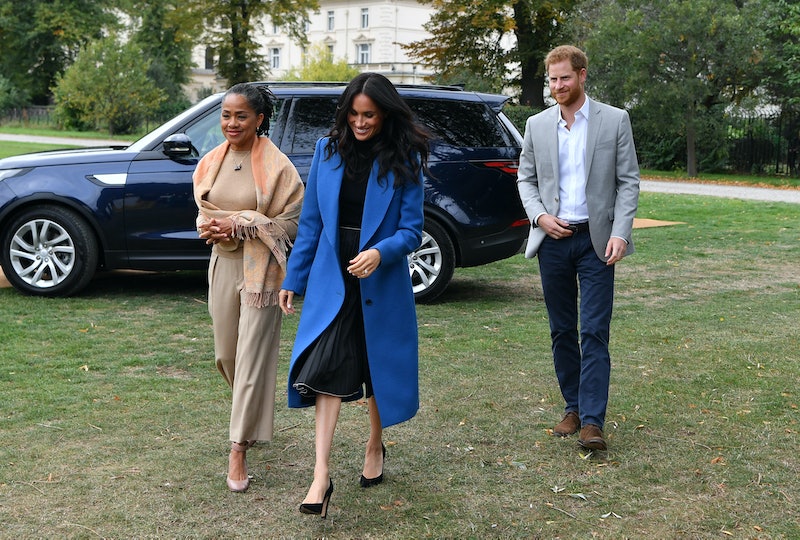 Since moving to L.A., Prince Harry and Meghan Markle have kept things pretty private, save for a few Zoom and social media appearances. The royals are said to be currently living in a $18 million property and have recently welcomed a new guest, reports have stated. We all knew Meghan was close with her mum (who can forget their adorable exchanges at the royal wedding) and now it has come to light that Doria has reportedly moved in with Meghan and Harry.

Unconfirmed reports from The Sun have revealed that Doria Ragland is now cohabiting with the couple and their 1-year-old son, Archie, and is helping to take care of the little one while staying close to her daughter and son-in-law.

“Doria has her own quarters and whilst a few of Harry’s chums have been ribbing him about living with his mother-in-law, he has a brilliant relationship with her," a source told The Sun.

Doria had apparently already been living in L.A., nearby in View Park, Windsor Hills, so was already not too far away from the couple.

The property they are currently staying in is alleged to be worth an insane $18 million, and is owned by actor and director Tyler Perry. It has eight bedrooms and twelve bathrooms (yes, you read that right), and is located in the exclusive Beverly Ridge Estates guard-gated community in L.A. The story was first reported by The Daily Mail.

Meghan has always been close with her mum, previously referring to Doria as her "rock." Doria had previously been living with her daughter and son-in-law after her grandson Archie was born in May 2019, so it sounds as though the pair enjoy her company a great deal.

The Sun reports that Meghan and Harry are hoping to look for a property of their own to buy soon, preferably with a 90210 ZIP code. Let's hope Doria will have her own quarters there, too!