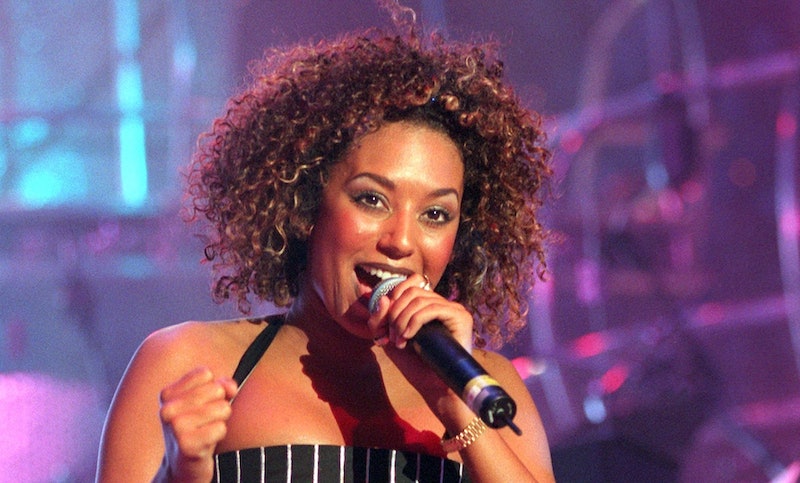 Over the last few weeks many people, including celebrities, have spoken out about the prejudice and discrimination they’ve experienced because of the colour of their skin. The Black Lives Matter (BLM) hashtag has been used to share news and footage from marches; to offer information about organisations that need support and donations; and to give people tools to educate themselves on the issue. While speaking out about the murder of George Floyd and the subsequent BLM movement, Mel B revealed the racism she faced during her time in the Spice Girls. She explained how she was asked to leave a shop in South Africa while preparing for a show with the other girls and the lack of understanding that some stylists had while working on video shoots.

The Spice Girls raised a generation of girls on a healthy diet of leopard print and girl power and Mel B was integral to that. However, in a June 7 interview with The Daily Star, the singer has revealed that she faced massive discrimination during her time in the band. "There were times when there was obvious racism," she said, explaining:

"I was asked to leave a designer clothes shop in Sun City when I was with all the other girls and we were there performing for Prince Charles and Nelson Mandela. Of course, all the girls had a go at the assistant because they were so shocked. It's pretty awful to think I wasn't actually shocked because if you are brown then there's always a part of you that expects some confrontation."

The Spice Girls travelled to South Africa to meet Mandela in 1997, as well as perform at a charity concert in Johannesburg.

On another occasion she talked about when the band were producing the music video for “Wannabe” and she rejected the stylists suggestion to straighten her hair. “My hair was my identity and yes it was different to all the other girls but that was what the Spice Girls were about – celebrating our differences,” she said, “And then I'd get really emotional letters from girls, and their mums, saying how incredible it was that they had someone to 'be' when they did dances in the playground at school and they were actually daring to wear their hair out and proud rather than scraped back or straightened. That was a big deal to me."

Mel B also recalled a memory involving her and fellow Spice Girl Geri going to an underground blues club in Leeds "that all the Black kids in the area went to." She explained:

"It was tiny and really packed and when we were standing there, I said to Geri: 'Look around and tell me what you see,' and she looked round and said: 'Everyone else in here is Black except me.' And I said: 'That's what it's like for me nearly every day. I'm always the only brown girl in the room.' That was quite an important moment for me."

Mel B went on to tell The Daily Star that she was "strong enough, old enough and brave enough" to call out racism in the industry when she sees it, and she discusses these issues with her three daughters, too. "I've always taught my daughters never to judge anyone ever. That's very important to me," she told the newspaper.

The singer explained how moved she was by the George Floyd protests and how she has taken this time to educate herself on the some of issues associated with systematic racism both in the U.S. and here in the UK that wasn't aware of before. She said: "I think we have to keep on educating ourselves, keep on changing, keep fighting for justice and equality until we live in a better world."