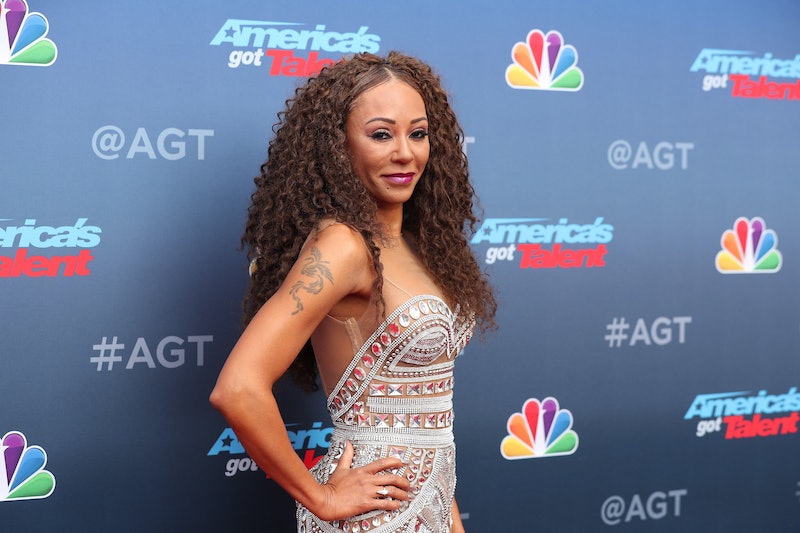 Victoria Beckham likely won't be making an appearance on the Spice Girls Reunion Tour — but her vacant spot on stage might just be filled with some amazing cameos. To Entertainment Tonight on Tuesday, Mel B hinted that the Spice Girls Tour could include some serious celeb appearances in place of Posh Spice. "I'd have to check in with the other girls first," she clarified, before going on to suggest that the likes of Taylor Swift, Adele, and Katy Perry might show up as potential surprise guests.

When she was first asked about potential tour collaborators, Mel B said, "I’m just gonna say yes, of course, it can happen.”

She then added, “I'm the one [that’s] always thinking about stuff like that, always. And I'm the first one to say, ‘Let's do this and we'll introduce Taylor Swift on one song or Adele or Katy Perry.' I think that's a great idea 'cause at the end of the day, it has to be a celebration.”

Mel B was quick to clarify that Beckham was still fully invited on tour, if she did ever decide to change her mind. She said of Beckham's decision not to participate in the reunion, “Yeah, it is disappointing, but it's not in some ways, because you have to be respectful of what she wants to do and you can't force anybody to do anything."

The Spice Girls Reunion Sans Posh Spice Tour was first announced on Nov. 5, in a video made by the remaining four Spice Girls: Melanie Chisholm, Melanie Brown, Emma Bunton and Geri Horner (née Halliwell). They confirmed that the tour would begin in June 2019 and consist of six UK stops, with Jess Glynne as the opener.

Beckham's absence was not explicitly mentioned in the video, but she soon addressed it herself in a public statement. The statement read, “Being in the Spice Girls was a hugely important part of my life and I wish my girls so much love and fun as they go back on tour. I know they will put on an amazing show and the fantastic fans past and present are going to have a wonderful time!”

The remaining four Spice Girls have since vowed that Beckham is "not replaceable"— at least, probably not. In an interview on Nov. 27, Bunton and Mel B agreed that Beckham shouldn't be replaced on the tour, then Bunton chimed in, "But Katy Perry... I'm joking. It's a joke."

As for Beckham, she remains laser focused on her personal brand, with the recent announcement that she will be launching a YouTube channel in the near future. The channel will include beauty tutorials, styling tips, and "lots of stuff from me," Beckham revealed on her Instagram.

Beckham hasn't clarified when the YouTube channel will launch specifically. As for those amazing potential cameos from A-listers, neither Perry nor Swift nor Adele have commented on the likelihood of a "Wannabe" duet in the near future. There's plenty of time until June, though, and let's be real: they all likely know the words by heart, already.