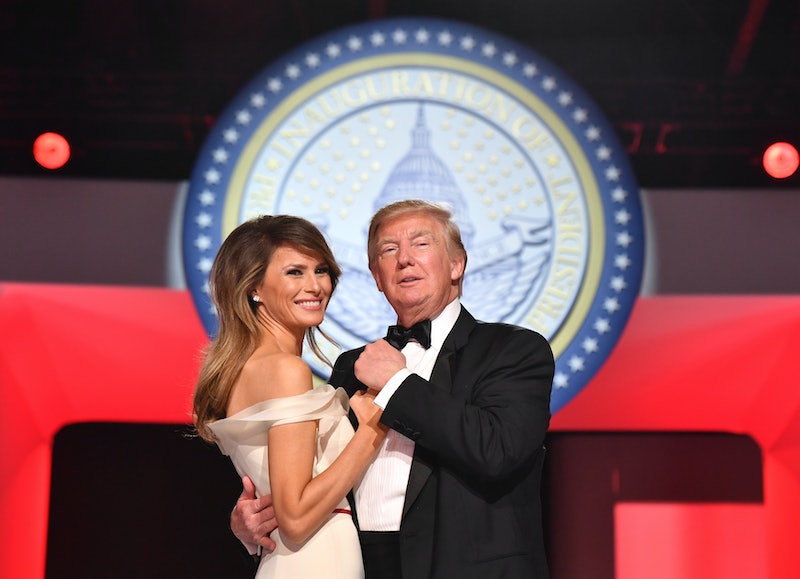 Jan. 20 marked two years since Donald Trump was inaugurated as the 45th president of the United States. On Sunday, First Lady Melania Trump celebrated two years in the White House by sharing an emblematic throwback photo of the duo dancing at Trump's inaugural ball.

The first lady posted the photo on Twitter, along with the message, "It has been an unforgettable two years in the @WhiteHouse. I am honored to serve this great nation!" Trump also responded to Melania's tweet and praised his wife, writing, "A truly great First Lady who doesn’t get the credit she deserves!"

Melania wasn't the only member of the administration to acknowledge Trump's two-year mark on Jan. 20. His vice president, Mike Pence, emphasized that he believed that Trump's administration is achieving "historic results" for the country. On Twitter, Pence wrote,

Honored to serve as @POTUS Trump’s Vice President these past two years, working to deliver historic results for the American people — An economic boom, rolling back red tape, rebuilding our military & restoring American leadership on the world stage. PROMISES MADE, PROMISES KEPT!

Moreover, the White House's Twitter account shared its own assessment of the first half of the president's term. On Sunday, it released a fact sheet entitled, "The Historic Results of President Donald J. Trump’s First Two Years in Office."

While Trump's administration touted its accomplishments to acknowledge his presidential anniversary, others marked the occasion by praising the spirit of resistance that has emerged since Trump took office. Senator Kirsten Gillibrand of New York, a 2020 presidential hopeful, reflected this sentiment in a tweet she wrote on Sunday:

Two years since @realDonaldTrump took office, and through it all, we’ve linked arms to protect health care for 24 million people, defend reproductive rights, stand up for immigrants and federal workers and demand transparency and accountability ... We won’t back down from these fights because we must stand on the right side of history.

Trump's second year in office comes amidst an ongoing federal government shutdown, the longest ever in American history. As CNN reported, the shutdown has stemmed from a stalemate over funding for a border wall between the United States and Mexico. The president wants $5.7 billion to help finance the construction of the wall, but Democrats have indicated that they are not willing to include border wall funding in the spending bill.

The shutdown has significantly impacted many federal workers, with around 800,000 individuals currently not receiving paychecks, CNBC noted. As The Guardian reported, this lack of income has profoundly affected many American families, with some now struggling to afford rent, healthcare, and other expenses. The paper noted that the shutdown has also had a host of other consequences as well, including the cancellation of thousands of immigration court hearings, the closure of many national parks, and a shortage of Transportation Security Administration (TSA) workers, among others.

Overall, there are certainly many varied assessments of Trump's first two years in office. For her part, though, the first lady showed her support for the administration with her nostalgic tweet on Sunday.