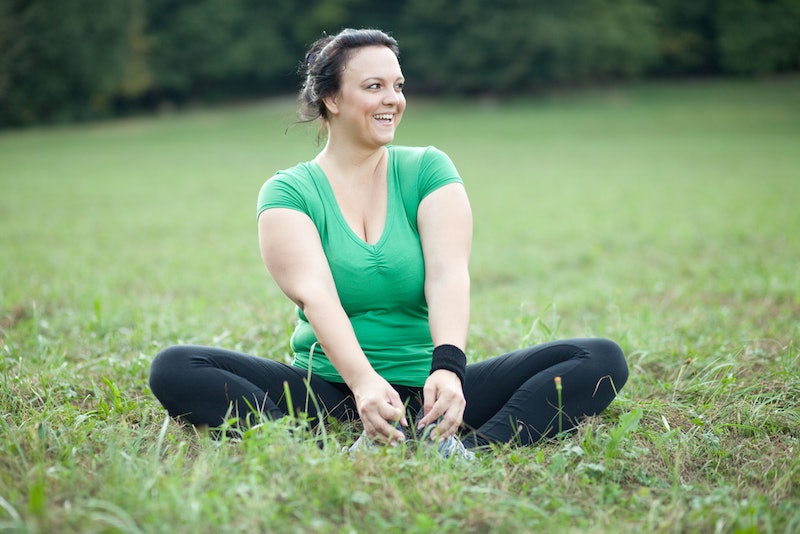 Even if menopause seems like a long way off at this stage of the game, everyone who gets a period eventually goes through it. A new study says that the age you are when you start menopause is probably linked to your genes, and that lifestyle factors may also contribute to when your periods will end. Symptoms of early onset menopause can begin as soon as your late 30s or early 40s, while other people won’t reach it until their 50s or 60s. Now, researchers at the North American Menopause Society (NAMS) say that, not only are your mom’s genes linked to when you’ll start menopause, genetics may also play a key role in your overall health and longevity.

Menopause is generally determined when your periods have stopped for one full year, but you're sure you're not pregnant, a press release on the study says. While the average age of menopause is 51 years in the United States, according to the Mayo Clinic, some people enter the process much later in life, while some enter it much sooner. Basically, it can be helpful to know when your mother went through menopause in order to gauge what your health profile might look like in the long-term. If your mom started menopause early (or late), chances are you will, too — and that can impact your overall health.

The study’s findings were based on a meta-analysis of multiple previous studies linking the age of menopause onset and longevity, a press release on the research says. These studies found that people who are able to get pregnant past the age of 40 are four times more likely than the average person to live to age 100 or more. Study subjects who had children at age 35 or older were 1.5 times more likely to live past 100 years, according to the press release.

For those concerned about the potential risk factors associated with late onset menopause, such as an increased risk of ovarian, endometrial, and breast cancers, ample research also suggests that the possible benefits of late onset menopause are as significant, wrote The New York Times. Later menopause is linked to stronger bones, less risk of osteoporosis, a lower risk for heart disease and stroke, and a longer life overall.

In addition to genetics, lifestyle factors can also contribute when it comes to starting menopause, a 2014 study in Journal of Midlife Health says. How you handle stress, taking birth control pills, and smoking can all influence when menopause will start. And while menopause might seem years away yet, assessing your overall health profile, including your genetics and lifestyle habits, can help you make informed health care choices in the years to come.