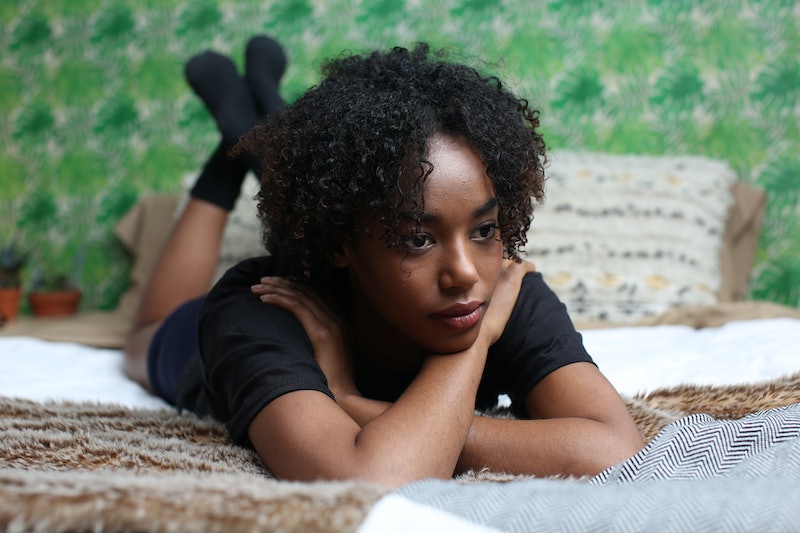 When I'm explaining my mental illnesses to someone who doesn't know much about mental health, I sometimes compare it to physical disease. My rationale: If people think about my depression and anxiety the way they think about diabetes or high blood pressure, they're more likely to understand what I and millions of other people face. But according to a new study from Baylor University, people stigmatize mental conditions even when they know mental illness is caused by biology. The researchers, who published their findings in the journal Society and Mental Health, analyzed data from more than 1,100 people who completed a 2006 survey about mental health stigma. Even when people acknowledged the biological and genetic causes of mental illness, they didn't rule out things like bad character or the way someone was raised. Simply believing that mental illness is just like any other medical condition is not enough to get rid of the stigma surrounding mental health, according to these results.

“Individuals who endorse biological beliefs that mental illness is ‘a disease like any other’ also tend to endorse other, non-biological beliefs, making the overall effect of biological beliefs quite convoluted and sometimes negative,” said Matthew A. Andersson, Ph.D., lead author and assistant professor of sociology in Baylor’s College of Arts & Sciences, in a press release.

This was most apparent when researchers were examining data about substance use disorder and how people respond to the chronic disease. You may be more or less likely to develop substance use disorder depending on your genetic makeup, according to the National Institute on Alcohol Abuse and Alcoholism. But when people were asked to rate the factors that contributed to substance use disorder, bad character and personal weakness were at the top of the list.

Per the press release, Andersson thinks that people will continue to stigmatize mental health conditions until they stop viewing mental illness as a character flaw.

“One specific piece of advice is clear for combatting stigma toward depression or alcoholism: Bad character or personal weakness needs to be absolved explicitly for biological explanations to reduce stigma effectively,” he said in the release. “But for schizophrenia, the role of an individual’s character in stigmatization is far less clear, likely because of the relative severity and rarity of the illness.”

One interesting finding from this study: When asked if God's will or another divine cause was behind mental illness, few respondents said yes. I've had a unique experience with religion and mental illness. I grew up in a conservative church where mental illness was often viewed as a sign of lacking faith. Perhaps it's because my own experiences with mental illness stigma have been pretty painful, but I didn't find myself surprised at the study's results. Even as a person with mental illness, I'm guilty of making assumptions about mental health conditions too. We can all do better.

The study's authors say that further research about the perception of family and marital trouble, work stressors and negative life events would be valuable. For now, making sure that awareness campaigns focus on the right issues is key, according to Andersson.

“Re-working anti-stigma policy initiatives around the belief patterns we linked to lowered stigma may help increase the social acceptance of people who suffer from these illnesses,” he said in the press release.

Basically, we need to hold ourselves to higher standards. If you believe that mental illness is due to a chemical imbalance but also think that people who have mental illnesses are weaker or less capable, then the stigma is still there. In order for it to be fully erased, we have to stop blaming people for conditions that they can't control.