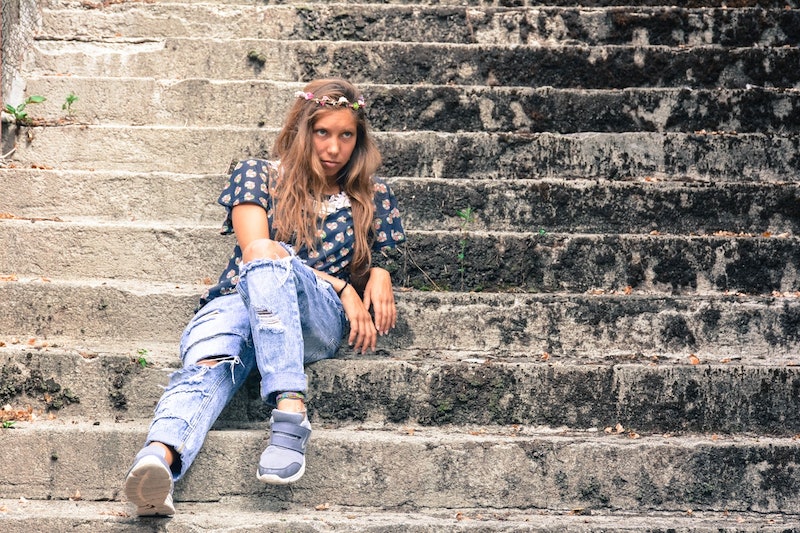 It's back, and it's bringing 2017's third installment of chaos and misunderstandings. That's right, Mercury Retrograde is happening again, and here's what it could mean for the rest of your summer. Mercury begins its dreaded quarterly back spin in Virgo Aug. 12, and goes direct Sept. 5. While all planets retrograde, Mercury seems to be the most universally detested, and Astrologist Susan Miller noted that there is a good reason for that. "This phenomenon is one of the few that affects everyone in a fairly uniform way, and its effects are always obvious."

While it's called Mercury Retrograde, what is actually happening during this period is that the planet Mercury is rotating faster than the Earth, and causing a cosmic kerfuffle. "As Mercury speeds by, it is like a train flying past, creating a powerful, turbulent gust of 'wind' in its wake," Miller noted on her blog. "The turbulence and disruption Mercury creates when it retrogrades can affect what we feel on Earth in our everyday lives."

Because Mercury is the ruler of communication, coding, shipping, and travel, many of things related to these areas can go awry when the planet is retrograde, causing frustration for humans in most aspects of their daily lives. Miller explained that when Mercury is retrograde the planet is basically napping, which is why so many things ruled by Mercury appear to go haywire during this time.

This Retrograde Is Going To Be Rocky

As if 2017 hasn't been enough of a rough ride, the third Mercury Retrograde of the year is going to be rocky for many people. 2017 began a new nine-year cycle for Mercury Retrograde, according to Find Your Fate, and this means that people, and situations, that are manifesting in your life right now will likely be part of your main plot line for the better part of the next decade. Kind of like your own long-running serial drama.

Additionally, Astrology King noted that issues that could be highlighted during summer's last gasp include, fear, insecurity, suspicion, lying, deception, fraud, and adultery. However, any disappointments you experience as a result could open new doors for love and financial success, but not before a bit of a downturn.

"Mercury retrograde starts on the fixed star Zosma (11°33′ Virgo) on the back of the Lion," Astrology King explained. "This causes negative thinking, selfishness, nasty words, and fear of poison."

Because Mercury is opposite Neptune, God of the Sea, it reinforces the negative aspects of Zosma such as selfishness, egotism, immorality, meanness, melancholy, and unhappiness. And, because Mercury Retrograde is the master of miscommunication, be prepared for even more dramatic plots than usual. "This is a bad time for making important decisions and plans," Astrology King cautioned. "Beware of lies, deception, spying, gossip, and scandal."

If things are already simmering under the surface in one of your relationships, Mercury Retrograde just might be the match that causes the explosion. "Sometimes no amount of love will save a relationship poisoned by cheating, and lies," Astrology King explained. "Continuing suspicion and mistrust can make reconciliation impossible."

But, There's Always A Silver Lining

While this Mercury Retrograde may have you wanting to write off the next month, wading through the muck could actually be a good thing. If you're clinging to baggage from the last nine-year cycle of Mercury Retrograde, this tumultuous month might help you finally shed things that have been holding you back. Find Your Fate noted that it's best to use this period to take stock of your position in the universe, and widen your spiritual perspective. Doing this will help you grow in new directions, and transform in ways you never imagined.

Astrology King explained that while the beginning of Mercury Retrograde will be rocky, other planetary alignments can bring love, compromise, new ideas, positive change, compassion, empathy, and forgiveness.

"This peaceful and harmonious influence will help reduce the stress and tension caused by Mercury retrograde opposite Neptune. Unconditional love and affection can prevail over secrecy and dishonesty. A good head for numbers and clever negotiating skills will help with strained finances."

So, the verdict? Hope for the best, but be prepared for cosmic calamities so you're not caught off guard. Whatever happens, you could begin the last part of 2017 with an entirely new outlook on life.