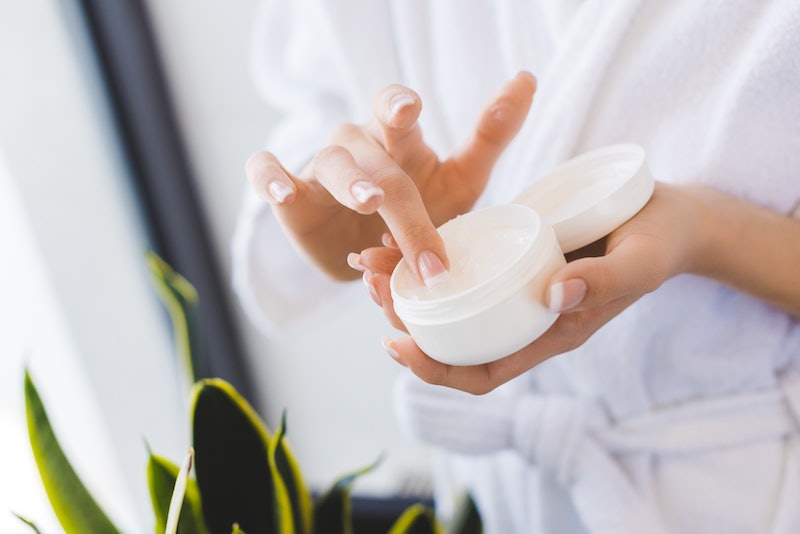 A California woman has been in a semi-comatose state since July as a result of exposure to contaminated skin cream, NBC News reports. The skin cream was tainted with methylmercury, NBC says, which is an especially toxic form of mercury. The 47-year-old-woman went to the emergency room when she developed difficulty speaking and walking, her son told the news outlet. When tests showed that she had 500 times the acceptable amount of mercury in her bloodstream, doctors traced the poisoning to the skin cream, says NBC, which was reportedly contaminated by a third party.

Sacramento county health officials said in a recent statement that this is the first time methylmercury poisoning from a face cream has been reported in the United States, though other creams have tested positive for less toxic forms of mercury in recent years. Olivia Kasirye, the public health officer for the Department of Health Services in Sacramento county, told CBS News Sacramento that the contaminated face cream was imported from Mexico. Health officials are still determining if the exceedingly high levels of mercury found in the cream happened intentionally or accidentally. The U.S. public should immediately stop using skin creams imported from Mexico, health officials warn, since methylmercury is extremely toxic.

“We don’t know whether this was an intentional change or whether there was a mistake in the person who was adding the mercury,” Kasirye told CBS.

The face cream was labeled Pond's brand, but the mercury was added by a third party. This kind of cream is used as a skin lightener and to remove skin spots and wrinkles, health officials say in the statement. “We do not use mercury in our products” a Pond's representative told NBC News. “We take this matter very seriously and work closely with all authorized retailers to be sure products remain intact and safe for use from shipment to shelf. Illegitimate sales, product tampering, and reselling are beauty industry issues that deserve close attention and consumer awareness,” the representative said. “The product in question is not sold in the U.S.”

Mercury poisoning is extremely dangerous to both adults and children, health officials say in the statement. Symptoms can include memory loss, difficulty concentrating, anxiety, nervousness, tremors, numbness, and fatigue. Additionally, mercury can cause major damage to the nervous system, Kasirye told NBC: “Once it crosses into the brain, even if you go to the hospital, the medication we have cannot pull it out,” she said.

If you use skin cream imported through this kind of informal network, health officials advise that you stop using it, seal the jar in a Ziplock bag, and immediately take it to your doctor for testing, according to the press release. Your doctor should also take blood and urine tests to find out if you’ve been exposed to mercury. If you think that you’ve been exposed to tainted skin cream, seek out emergency medical help right away. You can also find a list of of creams that tested positive for mercury contamination here.

More like this
How Many Burpees Should You Do Per Day? Here’s What Fitness Trainers Say
By Carolyn Steber
11 Exercises For Dowager's Hump That'll Help Your Neck Posture
By Carolyn Steber
Kourtney Kardashian’s Wellness Guru Shares Her #1 Tip For Better Health
By Taylor Jean Stephan
Here’s Where The NHS Nurses’ Strike Currently Stands
By Sophie McEvoy
Get Even More From Bustle — Sign Up For The Newsletter
From hair trends to relationship advice, our daily newsletter has everything you need to sound like a person who’s on TikTok, even if you aren’t.