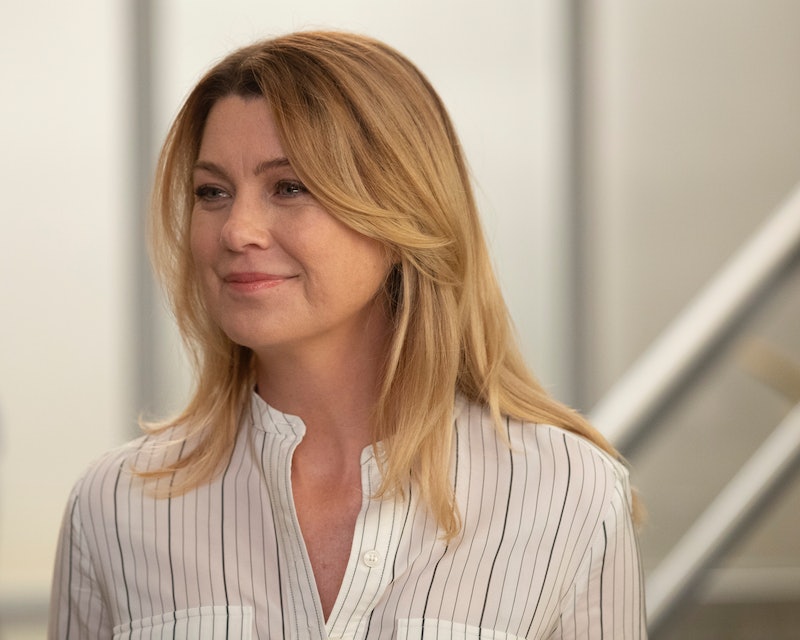 Grey's Anatomy has faced many obstacles throughout the years. There's been shootings and bomb explosions, steamy love affairs and gut-wrenching deaths, and more sexually-charged elevator rides than anyone could count. But one thing the hospital has always had was its lead surgeon, Meredith Grey — until now, that is. But while fans knew that Meredith's firing on Grey's Anatomy would be a major adjustment for viewers to get used to (even if it's only temporary), they may not yet realize how significantly it will also impact her fellow doctors and even Grey Sloan Memorial. Because it's not just Meredith who was fired, Alex Karev and Richard Webber were also let go as a result of her committing insurance fraud at the end of Season 15, which means Grey Sloan Memorial will be without these three doctors for the first time in the series.

During a recent interview with Entertainment Tonight, actor Jake Borelli, who plays Levi Schmitt on the show, teased that while the hospital has been known for its resilience in the past, this is one big change that no one is ready for. "It's going to be tricky because a lot of the head doctors have now lost their jobs and I think that it's going to affect everybody in a different way," Borelli told the outlet, in regard to the firings. "That's where we pick up. We start to realize how one decision affects all of these doctors differently."

His character, in particular, will feel a prominent shift in the dynamics since the doctors who are no longer there were important mentors throughout the start of his surgical career. "I think we're still learning how it affects Levi," Borelli added. "A lot of these people he's looked up to for the last couple of years and he is now seeing in a slightly different light maybe. So, we're still playing it out, but I think it's going to be exciting."

Exciting for him, maybe, but not so much for Meredith, who is shown picking up trash on the side of the road in the Season 16 promo, most likely due to her court-appointed community service. But don't take that to mean this beloved doctors regrets the decision she made. According to Borelli, the reasoning behind her decision will be explored as the season progresses, forcing viewers to consider the different points of view. "Grey's really is able to explain both sides of the story," he shared. "And so, whichever side you might be on, in terms of whether or not we think Meredith made a good decision, I think Grey's is going to be able to pose both sides of the argument in a really thought out way."

But despite the many changes the hospital is sure to face sans-Meredith, there will still be plenty of drama to go around. In a spoiler post, TVLine teased four possible things that will happen during Thursday's premiere, noting that only one of the options is true. According to the report, one major character on Grey's Anatomy will either:

All of these possibilities have happened on Grey's before, making it impossible to predict which one will come to pass. At the very least, though, it's comforting to know that while a lot of things will be different this season, some things (like shocking plot twists) will never change.