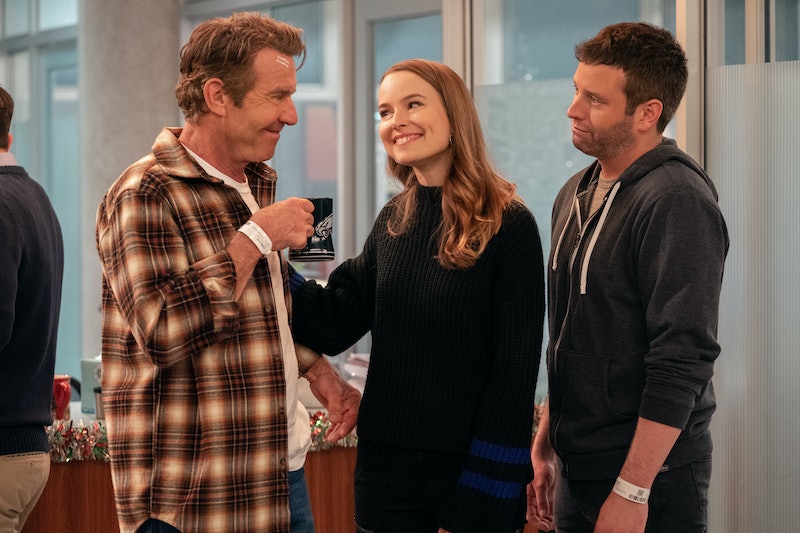 "I hope so. Gosh I hope so" Quaid said, his voice full of passion. That's the beauty of the show's title — a lot of holidays can fit under the umbrella of "Whatever." In fact, that was the whole conceit of the show. According to Deadline, creator Tucker Cawley sees Merry Happy Whatever expanding beyond Christmas and into other holidays in potential future seasons.

Quaid suggested to The AV Club that this could include the Fourth of July, Super Bowl Sunday, and Groundhog Day done in the style of the Groundhog Day movie, in which the characters keep reliving the same day. "Then we could just do as many episodes as we wanted, right?" Quaid said.

Since the show's plot is predicated on the Quinn family coming together (and all of the drama that then ensues), Thanksgiving would be another good option, or Emmy's wedding day, since she and Matt end the first season engaged. It's worth noting that Grandpa Jack left the Christmas celebration by telling the Quinns that he'd be back on Easter, so the show could go that route next. Whatever the case, there's definitely room left for more story.

In the Season 1 finale, Kayla (played by Ashley Tisdale) came out as gay, and a second season could follow her dating life. (It certainly seemed like there was potential between her and her ex-husband's assistant.) It could also focus on Emmy and Matt's wedding planning and their move to London, where Emmy just got a new job. Sean, meanwhile, is opening a food truck; Patsy just got pregnant; and Don and Nancy kissed for the first time. Basically, there are a lot of directions the show could go.

A second season premiere date will largely depend on what holiday is being covered. According to The AV Club, Season 1 shot in the summer for a December release, so it'll take about six months of production time from when filming starts to when more episodes are released. If Merry Happy Whatever is immediately renewed and begins filming ASAP, it could return in summer 2020 for a wedding or Fourth of July-themed season. Then again, maybe it will just stick to Christmas; it would be fun to see how much the characters' lives have changed over the course of a full year.