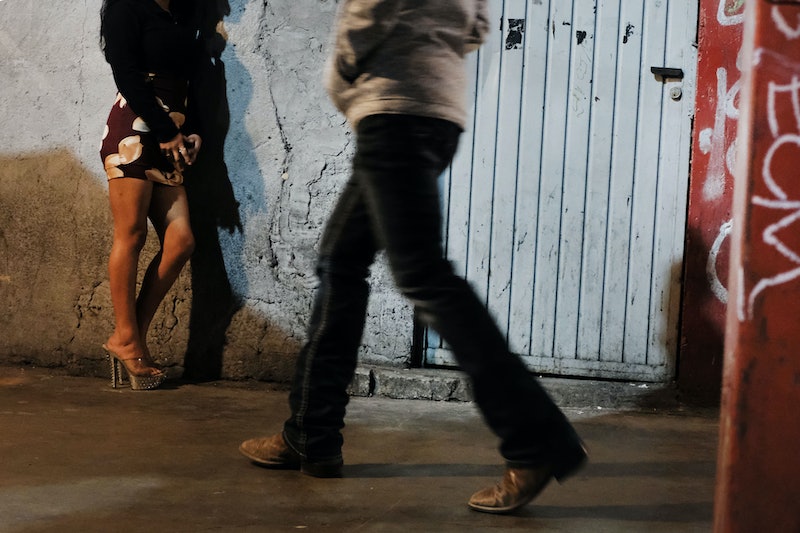 In an effort to curb sex trafficking, Mexico City has moved to decriminalize sex work. Lawmakers in the city's congress unanimously approved a bill Friday that will no longer allow sex workers or their clients to be arrested or fined, Reuters was among the first to report.

According to Reuters, Mexico City lawmakers voted 38-0 with eight abstentions to pass a bill that amends the Civic Culture Law to remove language that sanctions criminal punishments of fines and jail time against sex workers and their clients in cases where neighbors file complaints. Lawmakers are reportedly hoping the bill will help crack down on sex trafficking in the city.

"It's a first step that has to lead to regulation of sex work, to fight human trafficking and strengthen the rights of sex workers," Temistocles Villanueva, a Mexico City lawmaker from the ruling center-left Morena party, said of the bill, per Reuters. "Exercising sexuality in our country is still a taboo topic that few of us dare to talk about."

A 2018 Trafficking in Persons Report from the U.S. State Department listed Mexico as a Tier 2 country, meaning it "does not fully meet the minimum standards for the elimination of trafficking" but "is making significant efforts to do so." According to the State Department, "Mexico is a source, transit, and destination country for men, women, and children subjected to sex trafficking and forced labor." The agency noted that "Mexican women and children, and to a lesser extent men and transgender individuals, are exploited in sex trafficking in Mexico and the United States."

Under federal law, sex work is considered legal in Mexico, although, as Reuters noted, states are able to set their own regulations and rules, which can sometimes lead to confusion and make sex workers "vulnerable to exploitation and trafficking by crime gangs." What's more, while sex work is technically legal in Mexico, Jesica Vargas González, the director of Casa Xochiquetzal, a shelter for retired sex workers, told The New York Times in 2018 that it remained "a very stigmatized occupation." González claimed many sex workers in Mexico are abandoned or even attacked by family members who find out about their profession.

Still, as Villanueva told Reuters, lawmakers see the bill passed Friday as only one step in the battle to curb sex trafficking. In fact, Eduardo Santillan, another Morena party lawmaker, told the news outlet that the Mexico City Congress would need to follow up its work to decriminalize sex work with legislation strengthening anti-trafficking policies. "We think that the big challenge of this Congress will be making both of these fundamental principles compatible," he said.