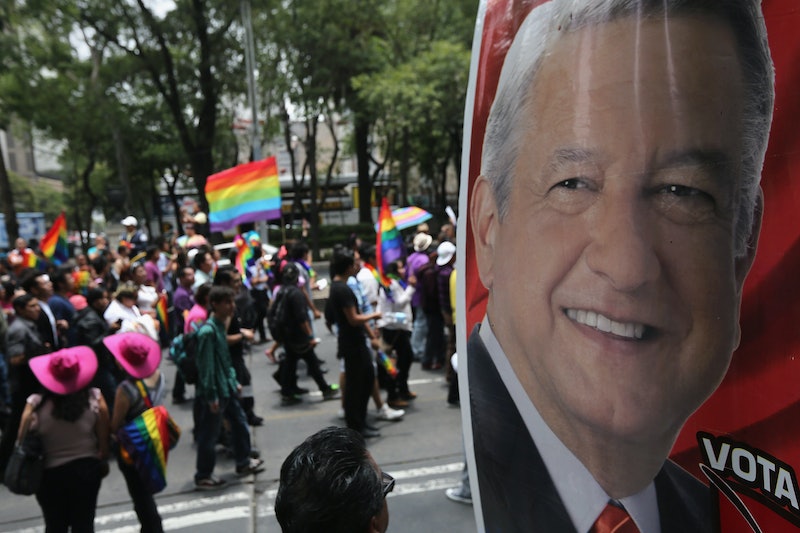 The study, entitled “Extending Rights to Marginalized Minorities: Same-Sex Relationship Recognition in Mexico and the United States,” was published in the journal State Politics and Policy Quarterly on Jan. 17. The research was conducted and led by Dr. Caroline Beer, an Associate Professor of Political Science at the University of Vermont (UVM), whose research has largely focused on comparing Latin American countries (particularly Mexico) and the United States. For the study, Dr. Beer analyzed national and state-level LGBTQ legislation that occurred in Mexico and the U.S between 2000 and 2014. Furthermore, she included findings on religious identities from the U.S. and Mexico censuses, and data from The International Lesbian, Gay, Bisexual, Trans, and Intersex Association (ILGA) to determine how much LGBTQ organizations influenced legislative action.

Despite any misconceptions (or straight-up myths) about Mexico being a conservative country, the analysis revealed Mexico is way ahead of the U.S. when it comes to LGBTQ rights, and is more accepting of gay marriage overall. Though 80 percent of the Mexican population identifies as Catholic, the researchers found religious identity in the Latin American country did not impede on the progress of rights for its LGBTQ citizens. Comparatively, the study found religion in the U.S. does contribute to suppressing the rights of LGBTQ people and legal, gay marriage — especially in areas with higher percentages of people identifying as Evangelical Protestants. That being said, the study only looked at legal equality of LGBTQ people, "with a focus on the legal recognition of same-sex relationships," and not how conservative social attitudes continue to impact the well-being of LGBTQ people in Mexico.

"Given that LGBT social movements are stronger in the U.S., Mexicans are more religious, and a conservative religious party has governed Mexico for the better half of two decades, we would expect to find far greater legal equality for LGBT people in the US," Dr. Beer was quoted in a press release.

Moreover, the study showed that having one LGBTQ organization in a Mexican state increased the probability of legal rights beings extended to LGBTQ citizens by 70 percent, while the increase was only 10 percent in a U.S. state. Meaning, LGBTQ organizations have much more influence in Mexico to affect positive change than U.S. based organizations. Though liberal U.S. states like Vermont were found to increase LGBTQ rights on a state level like Mexican states, the U.S. states were unable to effect nationwide change or progress.

Given Mexico’s history of passing legislation to support LGBTQ rights, and the fact that the Latin American country has had more openly gay politicians and has passed more LGBTQ anti-discrimnation initiatives, these findings weren't terribly surprising to Dr. Beer. “The U.S. hasn’t seen anything close to these reforms in terms of fighting homophobia and promoting gay rights at the national level. Gay rights activists would say that they are protected by the U.S. Constitution, which I would agree with, but a lot of people don’t agree with that, and it’s not explicit like it is in Mexico,” she said.

In actuality, the U.S. congress can take a cue from the Mexican government, and enact legislation to better protect the rights of LGBTQ citizens. This study challenges us to be less U.S. centric, and remember that LGBTQ communities and allies from all around the world are fighting for legal rights — and many are more progressive than America.