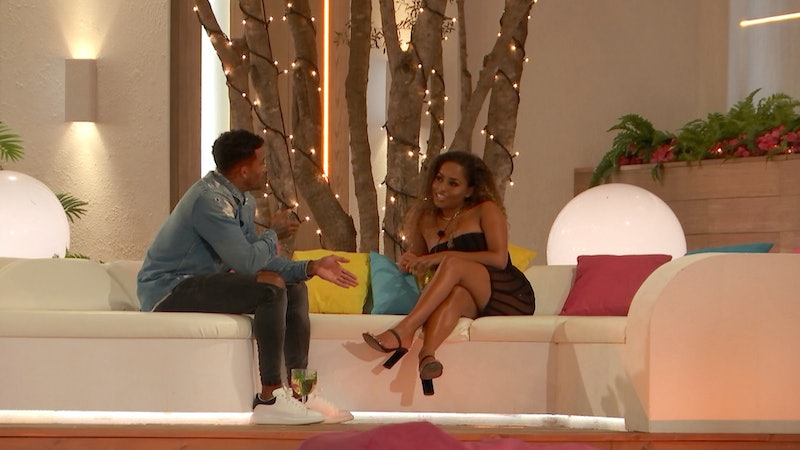 It's hard to believe that we're already in the eighth week of Love Island and not too far away from finding out who our winning couple will be. True to form, this series we've had breakups, makeups, tears and tantrums and it's difficult to imagine summer without our favourite 9 p.m. fixture. I mean, however will we live without it? But for now, the show goes on. And that means dumpings from the island. The most recent evictees were Michael and Francesca, whose departure put an end to the Amber/Michael saga. Following his exit from the villa Michael has apologised for his behaviour towards Amber.

If you ask me it was an apology that Amber deserved some time ago, but better late than never right? For some time on the show, viewers have complained about the way Michael has acted, claiming he was gaslighting Amber.

After getting together in the second week of the show, Michael and Amber split during the Casa Amor twist when he choose to couple up with new girl Joanna. Understandably Amber was pretty hurt and instead of apologising, Michael branded her "pathetic" and his favourite insult "childish." And it didn't stop there, viewers watched as he told Joanna that she would be letting an upset Amber "win", should Joanna be affected by Amber's tears. Many felt this was unacceptable and called for him to be kicked off the show. These calls only intensified when Joanna was dumped from the island, prompting Michael to pivot back to Amber, telling lies about which woman he'd really had feelings for all along in the process.

Then once Amber had coupled up with new boy Greg instead of choosing Michael, he proceeded to tell her he couldn't see the relationship working,

But could it be that Michael is turning over new leaf and he's genuinely sorry for his actions? In an interview with the Mail Online, he expressed remorse when asked about accusations he'd gaslighted Amber. He told Mail Online "Me and Amber spoke and I knew I was directing my frustration at her and when it was happening I was always thinking to myself, “why am I doing this?” because I'm literally just hurting a friend. Amber was reminding me of past relationships and stuff like that and I did speak to her about it and it was something that I didn’t really want to put myself through again. 'Amber knew I was directing my frustration at her... Speaking about it was pretty nice to be honest and we've left things on a really high note and we are actually friends." The two also had a chat on the show just before Michael left and he gave Amber and Greg his blessing and apologised for "not being the nicest" to her.

But don't let his apology trick you into thinking they could get back together, because Michael said that he wants to reunite with Joanna. So hard to keep up with him. In an interview with Metro, he stated, "Ultimately yeah I am hoping that is the case. It’s just whether Joanna will speak to me or not. If Joanna told me to leave her alone, I’d totally respect that. And I’d understand why she would do that. ‘I’d be upset because I wouldn’t be able to make things work, but everyone makes mistakes and it’s something I hope I could work towards, but if she doesn’t want to revisit it then she doesn’t want to revisit it." I guess only time will tell. But after all that bouncing back and forth between Joanna and Amber I think both women are better off with someone who knows exactly where their head's at.

More like this
'Love Island' Has Added Yet Another Bombshell To The Villa
By Bustle UK
'Love Island's Haris Insists Street Fight Video Doesn’t Show Full Story
By El Hunt, Darshita Goyal and Sophie McEvoy
'Love Island' May Have Just Lost Its Main Character
By Jason Okundaye
Twitter Has No Chill As The 'Love Island' Villa Descends Into Chaos
By Darshita Goyal
Get The Very Best Of Bustle/UK
Sign up for Bustle UK's twice-weekly newsletter, featuring the latest must-watch TV, moving personal stories, and expert advice on the hottest viral buys.