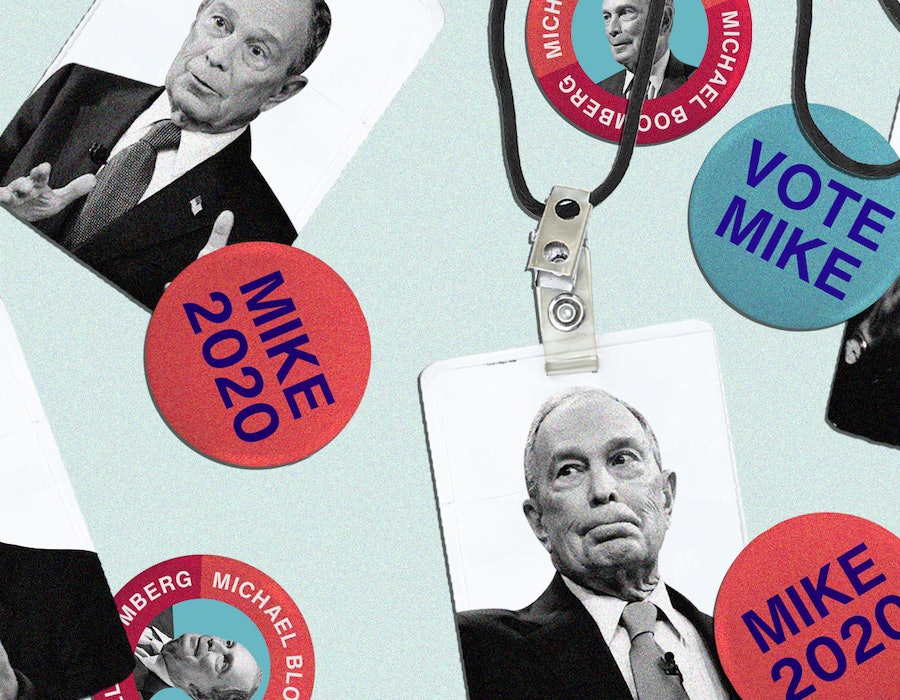 Over the next few weeks in "Backstage Pass: The Millennials Shaping the Primaries," Bustle will publish interviews with 20-somethings on the campaign trail. To read other off-stage, on-the-record stories, click here. Next up: Amanda Finney, Michael Bloomberg's national deputy director for women's outreach, who spoke to Bustle before Bloomberg suspended his campaign on March 4.

In fall 2019, Amanda Finney was living in Seattle working for Microsoft as a marketing communications manager. An alum of the Obama and Hillary Clinton campaigns, the South Carolina-native had happily transitioned away from politics. Then she got a text from a friend who had joined the nascent campaign of former New York City Mayor Mike Bloomberg: “What will it take to get you to move to New York and do a presidential campaign?”

About a month later, the 28-year-old packed her Seattle life into boxes and moved to New York City as Bloomberg’s new national deputy director for women’s outreach. At his campaign headquarters just a block away from Times Square — where a countdown clock ticks down the minutes to Election Day — Finney spoke to Bustle ahead of Super Tuesday about what it’s really like to work for a billionaire candidate.

What was your initial reaction to that text?

I didn’t know much about Mike. I knew he was a billionaire, I knew he was the mayor of New York, but that was about it. I delved deep into my contacts of former Obama and Hillary Clinton [campaign] people [and asked,] “What do we know about him? Is this a good move?”

You've worked on two presidential campaigns before. How does this feel different?

It’s so nice to do events and have conversations about policy versus having to fundraise. It’s such a breath of fresh air — it allows us to focus on the policy and the people. [Editor's note: Bloomberg has spent nearly $500 million of his own money in the race since joining in November, which has drawn criticism.]

If you had to describe your job in a sentence, what would that be?

To educate and activate women around the country to not only vote Democratic, but to vote for Mike.

How do you do that?

We've created two different toolkits. One is a Women for Mike toolkit for house parties. Any volunteer or organizer who wants to host a Women for Mike event can have resources to make that happen. We also have a Moms for Mike toolkit that gives talking points and videos, specifically with a women’s lens. I also talk to organizations that are more women-focused, like the League of Women Voters and Planned Parenthood.

He's been accused of creating a hostile work environment for women through inappropriate comments. Did you think about that when you accepted the position?

Bloomberg LP found that only three of those allegations were directed toward Mike, the man, not Bloomberg LP. They were all 25, 30 years ago. His long-term commitments and investments — in climate, gun violence prevention, and health care — speak for themselves, [as far as] his investment in women.

My impression of campaign life is that you're going nonstop. How much are you sleeping? Do you ever see your friends?

No. [Laughs] We’re working so much. I’m getting at least six hours a night. I’m catching lots of sleep on planes. But no, no friends. I definitely don’t have a social life. I’m a big Broadway person, and all my friends want to see shows. I’m like, “Guys, that’s at 7 o’clock. If it were at 11, I could maybe swing it.”

Bloomberg’s campaign is known for its perks. Staffers get MacBooks, iPhone 11s, three catered meals a day. Which perk is the best?

The best thing is the food. I lost probably 10 pounds on Hillary's campaign because we didn’t have time to eat. For Hillary, every day someone would be in charge of Venmo [for lunch orders]. You’re Venmoing for, like, 40 people.

If you could tell your 2008 self that one day you'd work for Mike Bloomberg — who'd recently been a Republican and endorsed George W. Bush — how do you think you'd respond?

I probably wouldn’t have known who he was. A lot of my more "traditional" Democratic friends were surprised by this choice. But it goes back to Trump: In my eyes, none of the other candidates can defeat him.

As a woman of color, how did you reconcile Bloomberg’s stop-and-frisk policies, which disproportionately impacted black and brown people?

When I was grappling with this decision, that was top of mind. The policy was in place before Mike got into office, and it definitely got out of hand. Mike has said that and apologized. I don’t take stop-and-frisk lightly. But I know Mike, and I think he's committed to making this country the best place it can be, with the best opportunities, no matter what color you are, no matter who you love, no matter what religion you practice.

I’m sure your life is incredibly stressful. What's your self-care routine?

I love working out, but I don’t have time for it right now. At around midnight, [my colleague] and I will get on the floor and do 10 burpees. Then we’ll get back on the computer. It’s a good reset.