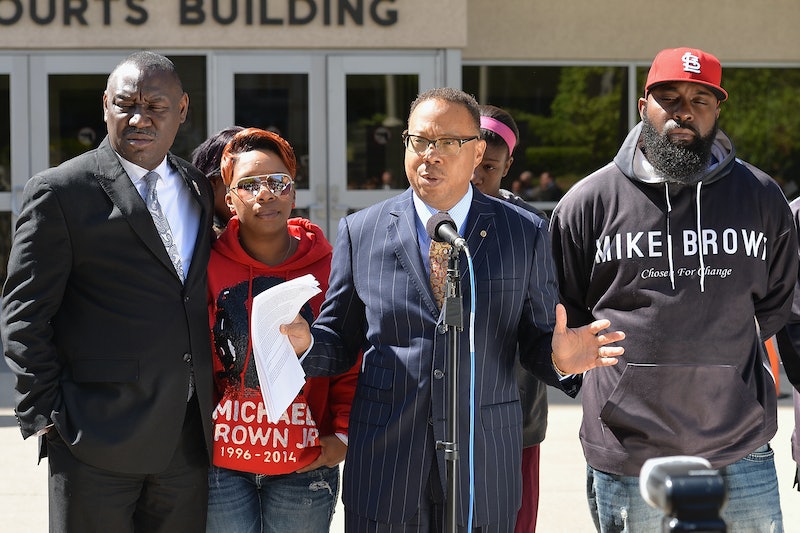 Almost three years after their son, an unarmed black teenager, was fatally shot by a white police officer in Ferguson, Missouri, Michael Brown's parents reached a wrongful death settlement with the city on Tuesday.

The terms of the settlement have not been disclosed and will remain sealed, though the presiding judge, U.S. District Judge E. Richard Webber, said that the amount awarded to the plaintiffs is “fair and reasonable." A person familiar with the negotiations told the St. Louis Post-Dispatch that the amount is likely less than $3 million.

“The settlement agreement shall remain sealed by this Court and shall be considered a closed record under Missouri Revised Statute ... due to the adverse impact to Plaintiffs should it be disclosed,” Webber wrote in the court filing that approved the settlement.

The settlement is the result of a civil lawsuit filed by Michael Brown, Sr. and Lezley McSpadden against the city of Ferguson, former Police Chief Tom Jackson, and the former police officer who shot Brown in August 2014, Darren Wilson. Although Wilson was cleared of criminal charges by a grand jury in November 2014, the civil suit alleged that the defendants were guilty of "unjustified, unreasonable, and illegal use of excessive force, including deadly force" against Brown, who was 18 years old at the time of his death.

Brown was shot by Wilson six times after leaving a liquor store and, according to the civil complaint, being told by Wilson to "get the fuck" out of the street. Wilson, who eventually resigned from the police force, maintains that Brown aggressively charged toward him and reached for his gun, causing him to fear for his life; however, some witnesses reported that Brown had his arms in the air, as if surrendering, before being shot dead.

Outrage following the unarmed black teen's death resulted in nationwide protests that sparked national dialogue about policing in African-American communities, which eventually led to the formation of the Black Lives Matter movement.

Although the criminal trial against Wilson ended in acquittal, the city of Ferguson was ultimately sued by the U.S. Justice Department in February 2016 as a result of Brown's death after an investigation found that the Ferguson Police Department had for decades engaged in unconstitutional "patterns and practices" of "racially discriminatory law enforcement conduct.” As a result, the city was asked to comply with a number of police reform initiatives intended to reduce racial discrimination within its policing practices.