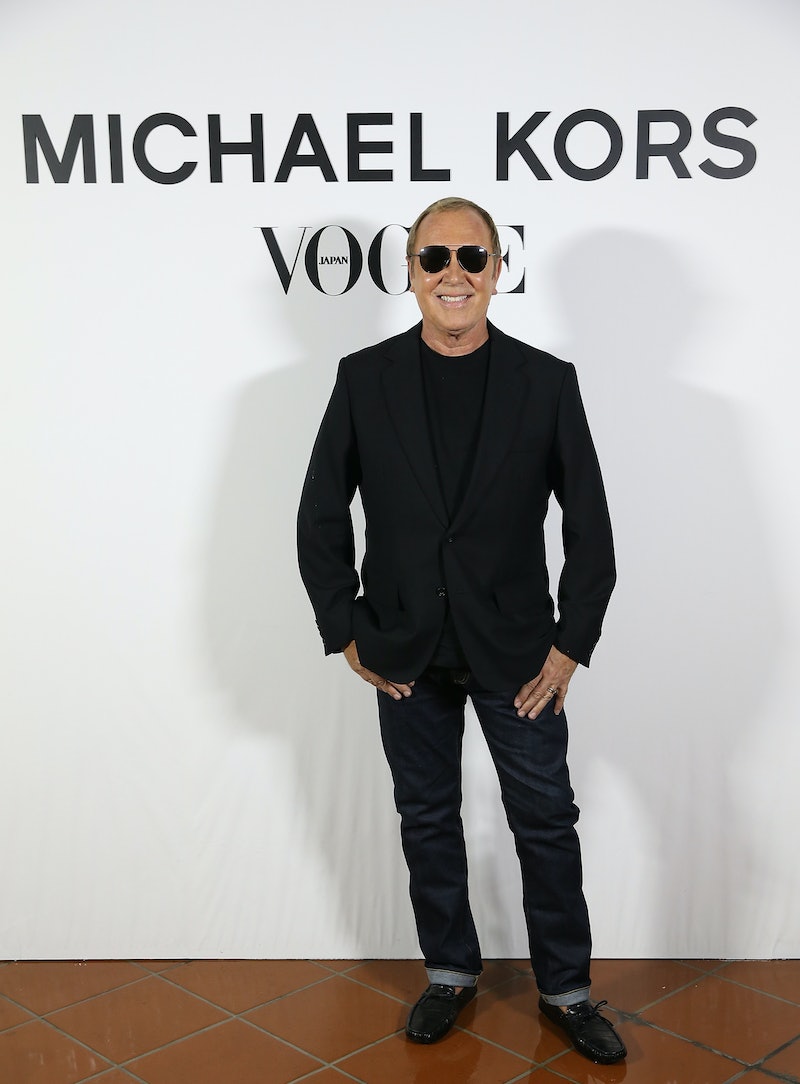 Another major brand is saying, "No more" to fur — and Twitter could not be happier about the landmark decision. Michael Kors is the latest fashion designer to go fur-free. According to The Business of Fashion, the company will completely phase fur fabric out of production by December 2018. The Guardian reports that Kors currently utilizes coyote and rabbit fur in designs, and has a lengthy history of using fur.

But by this time next year, animal pelts will no longer be part of the design process. The no-fur policy will apply to the Jimmy Choo brand, as well, since Kors' company acquired the shoe behemoth over the summer.

This marks a huge victory for fashion lovers with animal sympathies and for the animal rights movement. Given the increased and incredibly public pressure designers are faced with, the evolving tastes of consumers, and the new and improved technology that allows synthetic materials to trump fur, it's clear that the fabric and the cruel process are totally replaceable.

In a widely circulated statement, Kors himself declared, "Due to technological advances in fabrications, we now have the ability to create a luxe aesthetic using non-animal fur. We will showcase these new techniques in our upcoming runway show in February."

John D. Idol, the chairman and chief executive of Kors' namesake brand, echoed those sentiments, according to The Business of Fashion, saying, "This decision marks a new chapter as our company continues to evolve its use of innovative materials."

When a brand goes fur-free, there are two wins. First, and most critically, animals will no longer suffer for their pelts. Second, consumers will be able to enjoy state of the art fabrics and, ultimately, cutting edge fashion.

Other brands that have ditched fur are of both the luxury and more mainstream sort. They include Gucci, Calvin Klein, Ralph Lauren, Tommy Hilfiger, and Armani.

The Guardian notes that just six months ago, anti-fur protestors heckled Kors while he gave a speech at the New York Metropolitan Museum of Art. Some protestors approached him on stage and shouted at him.

Despite vocal protests like the one that Kors endured, fur remains quite popular with designers. The Business of Fashion report notes that "nearly 70 percent of major designers included fur in their Autumn/Winter 2017 collections," according to Fur Information Council of America spokesperson Keith Kaplan. Kaplan pointed to fur as a natural and sustainable product, as well as something that requires artisan skills to work with.

That said, the Twitterverse reacted with joy over Kors' designed to go fur-free.

This user truly demonstrated what a victory this decision is for animals and animal lovers, with her point driven home even further thanks to the images of fuzzy creatures.

While it will take time for the brand to fully phase out fur, this tweet was critical and wishes things would happen more quickly.

Expect the unexpected. While surprised at the move, this user is not complaining about Kors ditching fur.

Animal rights activists are vocal in speaking out against fur and in supporting those who have had a change of heart.

Banning fur in fashion does seem to be a new trend.

Better late than never or not at all.

Many anti-fur and pro-animal advocates were glad that their voices were head and that they contributed to change.

More like this
Kim Kardashian Is “Disgusted & Outraged” By Balenciaga Ads
By El Hunt
Google Wants You To Shop Black-Owned The Friday After Thanksgiving
By Dominique Norman
Iran Has Issued A Death Sentence Over Mahsa Amini Protests
By Catharina Cheung, Darshita Goyal and Maxine Harrison
Lizzo Is Here To Remind You That Hot Girl Summer Lasts All Year
By Dominique Norman
Get Even More From Bustle — Sign Up For The Newsletter