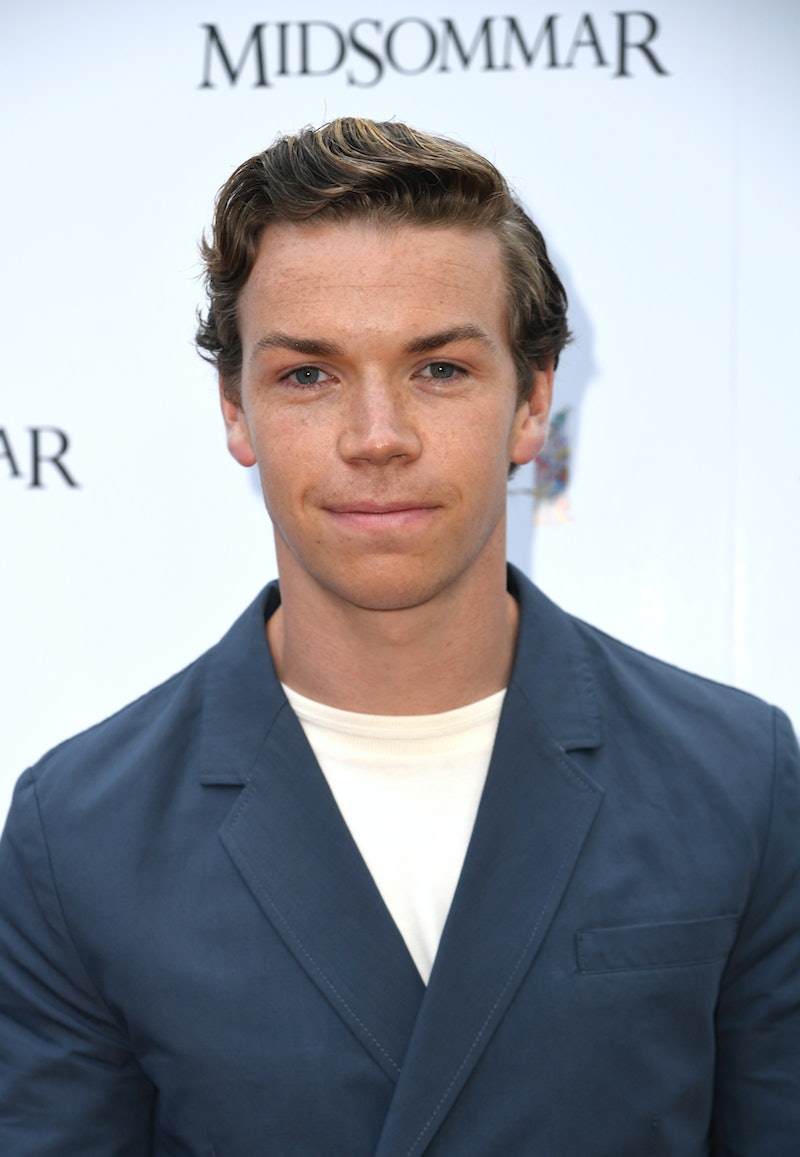 In the new horror film, Midsommar, a group of grad students visits a remote village in Sweden for a special Midsummer (as it's called in English) celebration. One of those friends is Mark (Will Poulter), who hopes the experience resembles Eurotrip more than it does The Wicker Man. Unfortunately for him, it ends up being more like the latter — this is a horror movie, after all. And in a recent interview with Vulture, Will Poulter revealed that he was terrified by Midsommar, despite the fact that he starred in it. He even said that he was too afraid to sleep after seeing it, and it's exactly the same reaction that audiences will have, too.

“I was so f*cked up after watching it that I didn’t sleep... It’s maybe the most aggressive reaction I’ve ever had to a film,” Poulter told Vulture in an interview published on June 2. The movie comes out July 3, and you might want to plan your sleep schedule around it, especially considering that it was directed by Ari Aster, who also wrote and directed one of 2018's most gutting horror films, Hereditary.

If you'll remember from a year ago, Poulter's reaction sounds eerily similar to Hereditary star's Alex Wolff's, who told VICE that he felt he had "some sort of PTSD" from filming the gory horror hit. Poulter's not exactly saying that he's scarred from acting in Midsommar but it sounds like seeing the movie has shocked him enough to keep him up at night thinking about it.

Poulter opened up to Vulture to acknowledge that even after being in Midsommar, he didn't feel prepared for what he saw in the finished product. "It was so unfamiliar; there’s nothing like it. Which is crazy to say, because I read the script, and I was in it. The atmosphere created within that film is so engrossing, and you get embroiled in all of it," he said. "Coming out the other side is a disorientating experience that lasts for a long time. It’s a once-in-a-lifetime experience — though you can repeat it again if you’re brave enough."

According to Poulter, the rest of the cast from Midsommar felt equally as shaken up as he did from watching their own film. "We were all f*cked. We were, like, joking and laughing in our seats, and the film started, and at first we’re sort of laughing along, and then there was a lot of gasping and shouting," he told Vulture. Then he added, "For ten minutes afterward, we were just completely silent. We couldn’t talk; we were all in a state of shock and deeply disturbed."

In an interview with Refinery29, star Florence Pugh explained what made watching Midsommar so different for her. "It's less terrifying than you might think it is. It's more that, hours later, you'll kind of start processing visually. In that way, it's more horrifying," Pugh said. The star of the film added, "It's alarming — it will suddenly dawn on you that you just saw this series of events, and you're like, ‘Oh my God. What about that bit? That was awful.’"

If even the stars of a film describe feeling shocked and disturbed after seeing it, you know you're in trouble. Midsommar might not be what you expect, but it will definitely deliver a shock factor, be it an aftershock or not.

More like this
North West Will Make Her Acting Debut Alongside Mom Kim Kardashian
By Radhika Menon
Pamela Anderson’s Dating & Marriage History Could Be Its Own TV Series
By Jake Viswanath
Austin Butler Recalls Lisa Marie Presley Showing Him Elvis’ Bedroom
By Jake Viswanath
Jennifer Coolidge Hunted For Jewels & Lashes In J.Lo’s Hotel Room
By Jake Viswanath
Get Even More From Bustle — Sign Up For The Newsletter
From hair trends to relationship advice, our daily newsletter has everything you need to sound like a person who’s on TikTok, even if you aren’t.