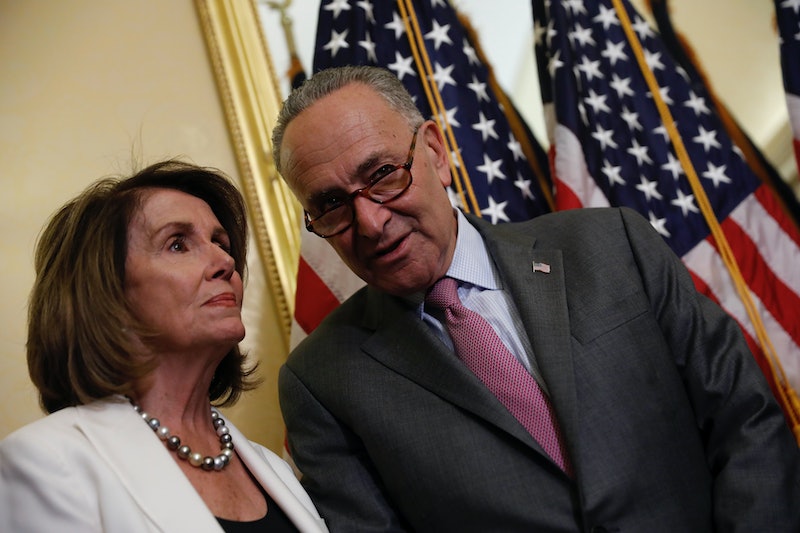 Congressional Republicans could be facing an uphill battle in the 2018 midterm elections. According to a new generic congressional ballot poll, Democrats would win the midterm elections if they were held today, as the poll shows Democratic candidates leading Republicans by nearly 10 percent. However, while this poll certainly indicates that Democrats could stand to be victorious in the 2018 midterm elections, it is imperative that Democratic candidates do not become complacent; many factors could ultimately influence the outcome of these elections.

The Hill reported on Sunday that the RealClearPolitics average of polling data shows Democrats leading Republicans by 10.7 percent on the generic congressional ballot. By Monday, Democrats were leading by just under 10 points. According to U.S. News and World Report, the generic congressional ballot does not list specific candidates, but it is considered a strong predictor of election results.

While some experts caution that it is too early to make actual predictions about the results of the 2018 midterms, some Republicans have expressed concern about the trajectory of the polls. As The Hill noted, Doug Heye, a former Republican National Committee spokesman, revealed that recent polling, coupled with a wave of Democratic victories in this November's state and local elections, could be indicative of bad prospects for Republicans in upcoming elections:

It's always stupid to make firm predictions in anything, whether it be politics or the Super Bowl. But it seems clear we are heading in a bad direction. ... What we've seen so far this year that the constant is massive Trump unpopularity, a growing unpopularity, and we are starting to see that electorally. Knowing there's never going to be a Donald Trump pivot in any sense, what would tell us that anything in this midterm is different?

However, other analysts caution against overestimating the prospects for Democratic victory in 2018. As a Palm Beach Post article noted, to secure a majority in the House and Senate, Democrats need to acquire 24 seats and three seats, respectively — a substantial number. Moreover, Democrats particularly face an uphill battle in the Senate, since 25 Democrats are up for re-election in 2018, while only nine Republicans must face the ballot box.

Indeed, according to the Post, Republican political analyst Karl Rove thinks that Republicans will maintain their Senate majority following the 2018 elections, but believes that the House race is a tossup. Nate Cohn of The New York Times agreed, saying that while Democrats are certainly gaining popular support, Republicans have more "structural advantages" (like incumbency and "favorable Congressional maps") that could make flipping the House challenging.

Thus, while a 2018 Democratic victory is far from set in stone, Republicans are understandably still concerned about their midterm prospects. As The Hill noted, many Republicans are taking this month's elections and recent polling results as a warning that they need to step up their game, so to speak. As Senator John McCain said in the days following the state and local elections on Nov. 7, "Unless we [the Republican party] get our act together, we're going to lose heavily."

However, The Hill reported that John Rogers, the executive director of the National Republican Congressional Committee, still remains hopeful that the party can secure more popular support prior to next year's elections.

We have the advantage of time right now. There are multiple lifetimes left between now and Election Day.

As for Democrats, they are seemingly preparing for 2018 by nominating a record number of women and minorities to run for office. The party is also focused on promoting a platform of "economic populism," which it hopes will unite various coalitions of voters.

For now, both parties are seemingly focused on not remaining complacent — and using the time before the elections to gain as much support as possible.