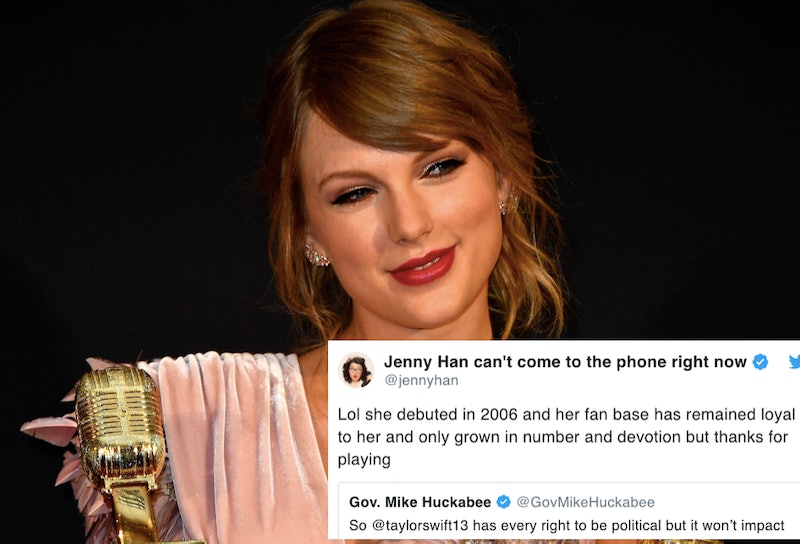 Almost as soon as a certain music artist posted what is widely believed to be her first public political opinion, fans and political analysts alike began debating what its impact might be. That included Mike Huckabee, who responded to Taylor Swift's Instagram post with a tweet, and who was promptly eviscerated by the pop star's fans — as well as some of their parents.

"So @taylorswift13 has every right to be political but it won’t impact election unless we allow 13 yr old girls to vote," Huckabee tweeted on Monday. "Still with #MarshaBlackburn."

Huckabee's tweet seemed to ignore two truths about Swift and her fans. For one, many were 13-years-old when she first broke into the mainstream, meaning that they are certainly of voting age now. And second, the five-year gap between 13 and 18 is shorter than two presidential terms. In other words, those young teens will be old enough to vote sooner than you think.

Swift is known for having a particularly loyal — and online — fan base, and many of those fans were quick to push back against Huckabee's assertions. Many were quick to point out how old, exactly, many of Swift's fans already are. Others focused on precisely just how vast her influence is in today's culture. Above all else, the responses reiterated that one does not patronize Swift's fans without expecting a reply.