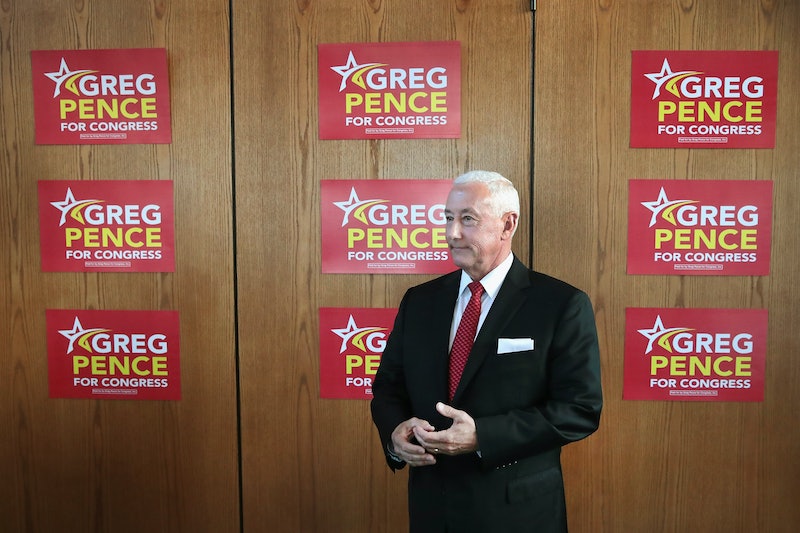 A lot of political decisions on the national level happen far away in Washington, and then it takes a long time before people across the country feel the effects of those decisions. Sometimes, though, people feel the changes immediately — and it's not always a good thing. One case of this is how Mike Pence's hometown companies are saying Trump's tariffs could negatively impact them. According to the area's biggest business owners, the president's policies are likely to cause some significant changes in the near future — and not good ones.

The Washington Post looked in-depth at the way that Trump's new import tariffs are affecting the vice president's hometown of Columbus, Indiana, and the verdict isn't good so far.

“It’s damaging in so many ways,” said Harold Force, who runs his family's construction company in the area and employs 250 people. “Tariffs have put blood in the water.”

According to Force and others, the tariffs have raised the prices of materials necessary for the majority of the industry in the area. So far, Trump has placed tariffs on Chinese, European Union, Canadian, and Mexican goods, and that has caused numerous countries to retaliate. When other countries put tariffs, or import taxes, on American goods, then it makes companies in those countries less likely to buy those goods. The tariffs also make the material coming from other countries more expensive, which amounts to a tax on the American companies who had previously relied on imported goods.

“I’m very worried,” said Tom Linebarger, the CEO of the town's biggest employer, in an interview with the Washington Post. His company, Cummins, produces heavy equipment and relies heavily on both imported raw material and exports to countries which have now retaliated against Trump with tariffs of their own.

“We will do everything we can to mitigate . . . the impact to jobs,” Linebarger told the Post. “It’s very clear, though, that we’re not going to be able to mitigate everything.”

According to the Brookings Institute, Pence's home base is actually the American region that relies the most on exports, which means that the tariffs have the biggest effect there. This will affect not only the companies' bottom lines, but also their employees' lives.

“We almost put the factory in India. We evaluated the U.K. and China too," Linebarger told the Post. "If we’d seen trade barriers at that point, we’d definitely have made a different decision."

With the area's biggest companies hit, many people could stand to lose their jobs. The tariffs are also having a more particular effect on Pence's family, though — specifically as regards his brother, Greg, who's running for Congress from one of the area's districts. Greg Pence won his primary, and the Post noted that he's been able to fundraise — and spend — a lot more than his Democratic challenger in the very red district. However, Pence's campaign material doesn't mention anything about trade — and he could run into problems if companies are forced to lay off workers before the midterms and the Democrat running against him manages to connect him to Trump on that count.

Columbus, Indiana isn't alone in feeling the effects of the tariffs, but it does offer a useful microcosm to help understand the issue. And even with the problems likely to come up in the place where it comes from, the vice president still hasn't spoken out against the tariffs.

More like this
Iran Has Issued A Death Sentence Over Mahsa Amini Protests
By Catharina Cheung, Darshita Goyal and Maxine Harrison
Here's The Role Lady Susan Hussey Played At Buckingham Palace
By El Hunt
What To Know About Martin Bashir After Watching 'The Crown'
By Bustle UK
Read Dan Levy's Heartbreaking Message After The Club Q Shooting
By Stephanie Topacio Long
Get Even More From Bustle — Sign Up For The Newsletter