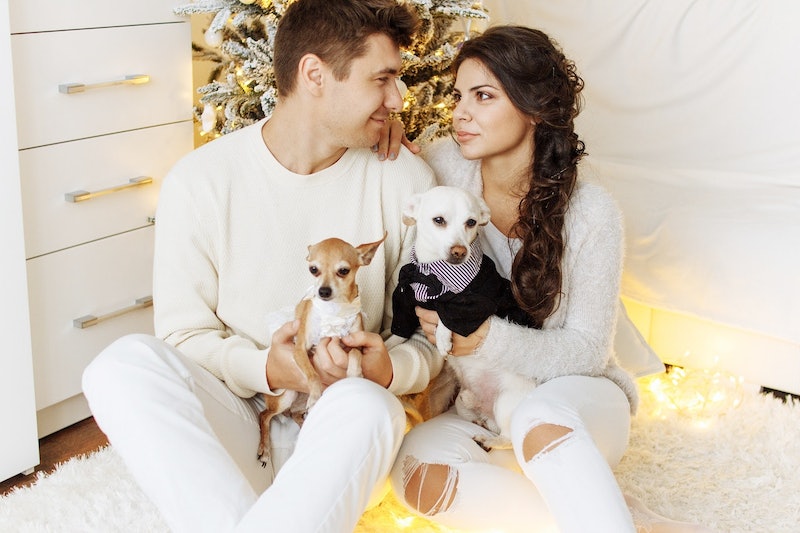 If you've ever had to get up in the middle of the night to take Fido outside while living in a fourth-floor walkup then you've probably dreamed of having a home with a yard. You're not alone. Millennials are buying homes because they want more room for their dogs, not because they want children, according to a new survey from SunTrust Mortgage. The results found that one third of Americans ages 18-36 who purchased their first home listed their number one reason for home ownership as wanting to have more space, or a yard, for their dog.

I can relate. I have had dogs since I was 21, and I have lived in walkups, and houses with yards with my furry friends around the country. Having a house with a yard is, hands down, far superior for both me and my dogs.

"Millennials have strong bonds with their dogs, so it makes sense that their furry family members are driving home-buying decisions," Dorinda Smith, SunTrust Mortgage President and CEO, said in a press release. "For those with dogs, renting can be more expensive and a hassle; home ownership takes some of the stress off by providing a better living situation."

Must Love Dogs Because, Millennials Are Pet People

This is George and BiBi. One funny thing is that "apartment dogs" aren't quite sure what to do with a yard at first. They're so used to walking all of the time that the notion of running around a yard for fun and exercise is foreign to them, but we're working on that. They've clearly got the relaxing on the outdoor couch part down, but we're still working on the running around the yard part, and yes, they still go on walks, just not at 3 a.m.

And, I'm a renter because I live in Los Angeles, and the barriers to owning a home in L.A. is an entirely different story. But, renting a house with a yard is still preferable to renting an apartment when you're moving in with your four-legged friends.

Another survey from research firm Mintel noted that millennials are the most pet friendly generation with three fourths of Americans in their 30s having dogs, and 51 percent having cats, the Washington Post reported.

“Pets are becoming a replacement for children,” Jean Twenge, a psychology professor at San Diego State University and author of Generation Me, told the Washington Post. “They’re less expensive. You can get one even if you’re not ready to live with someone or get married, and they can still provide companionship.”

And, while in previous generations having kids was pretty much expected, many millennials are opting not to have children at all. Reasons cited include career focus, finances, Trump, overpopulation, not wanting to be pregnant, and more, according to The Rooster.

SunTrust Mortgage reported that only 25 percent of those surveyed listed marriage as their reason for buying a home, and only 19 percent listed the birth of a child. For millennials who do not own a home, the survey noted that 42 percent listed being able to have a dog as a major factor in their desire to purchase a home in the future.

Millennials would rather spend time and money on their dogs instead, and that's OK. Obviously dogs and kids are not the same thing, and that's the point. Plus, dogs can stay home alone in the new house you're going to buy just for them.

More like this
You Can Stay At The 'Hocus Pocus' House On Airbnb
By Alexis Morillo
Craving The Beach? Here's Your Guide To A Solo Vacation In Turks & Caicos
By Alexis Morillo
The 5 Best Cat Trackers
By Megan Gray
10 Ways To Be More Empathetic To Your Partner
By Raven Ishak and Lexi Inks
Get Even More From Bustle — Sign Up For The Newsletter