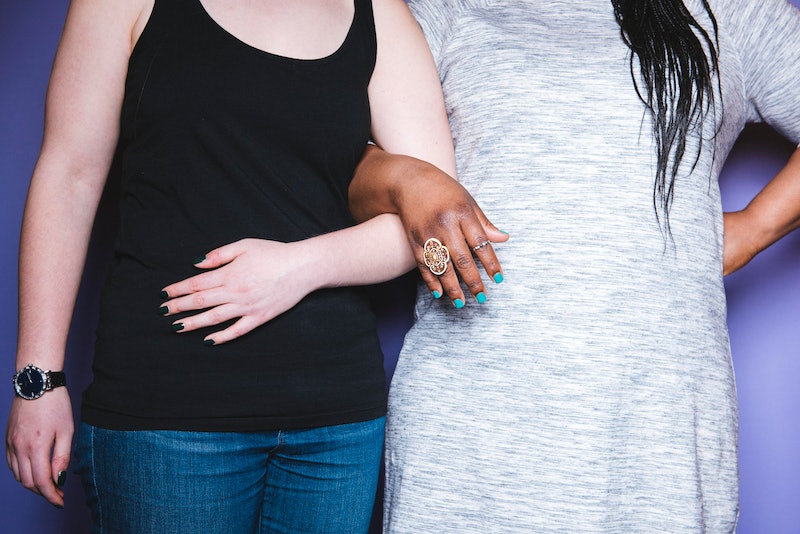 Just in time for Pride Month, Gallup has released its annual report on how many Americans self-identify as LGBT, and the results point to an ever queerer future. In the Gallup poll's six-year history (they've been tracking this data since 2012), the population of LGBT-identifying individuals has climbed steadily year over year. But this past year saw a population boom that surpassed any other year's growth. In 2017, 4.5 percent of the over 340,000 people surveyed answered yes when asked if they identified as lesbian, gay, bisexual or transgender. If you extrapolate that data to represent the country at large, it points to more than 11 million LGBT people living in the United States.

The .4 percent bump between 2016, when 4.1 percent of the respondents identified as LGBT, and 2017 may seem insignificant. But it's a huge leap in comparison to growth in previous years: in 2012, 3.5 percent of those surveyed identified as LGBT; in 2013, 3.6 percent answered yes; in 2014, 3.7 percent did; and in 2015, 3.9 percent identified as LGBT. Notably, the questionnaire specifically inquired after only those four identities and didn't include language about any other queer identities. It's entirely possible that the queer population is much larger when we take into account other queer sexual and gender identities. But Gallup says the language of the poll is restrictive by design.

"The value of the Gallup data is the use of a constant question wording over time," writes report author Frank Newport, "and the largest yearly sample sizes of any effort to measure sexual and gender orientation in the U.S. (the Census does not regularly include such questions in its population updates)."

It's true that the Census does not, as of yet, include questions in its survey about gender identity or sexual orientation, although after some controversy, it will be including one about sexual orientation in its 2020 Census marketing survey. So the Gallup data, incomplete though it may be, still gives us the largest sample size for polling the country's self-reported rates of LGBT identification.

Unsurprisingly, millennials are the generation driving the queer population growth, according to the Gallup poll. While only 3.5 percent of Gen X-ers, 2.4 percent of Baby Boomers, and 1.4 percent of Traditionalists identified as LGBT, a whopping 8.2 percent of millennials did. That's over twice as many as in the next leading generation. Millennials also experienced the biggest jump in LGBT population growth since 2016, when 7.3 percent of them identified as LGBT. Conversely, rates of LGBT identification in Baby Boomers and Traditionalists have declined slightly over time, although that makes sense given the impact of minority stress on queer folks' health and life spans.

Perhaps the most interesting finding amidst the Gallup poll's demographic data is that rates of LGBT identification were highest among populations who are also marginalized in other ways. It's no surprise that women at 5.1 percent were more likely to identify as LGBT than men at 3.9 percent. But, for example, people of color had higher LGBT populations than white people. In 2017, 6.1 percent of Hispanics, 5.0 percent of blacks, and 4.9 percent of Asians identified as LGBT, in comparison to only 4.0 percent of white people. Similarly, folks making less that $36,000 a year were far more likely to identify as LGBT than any other income group at 6.2 percent. Those with some college education were more likely to identify as LGBT than those with high school educations or less, college graduates, and postgraduates.

Of course, the usual struggles still present when asking populations to self-identify as LGBT. It's difficult to get an accurate assessment of how many queer people there actually are in the United States because many people still feel shame about claiming a marginalized identity. But if millennials are any indication, we're well on our way to rooting out that shame.