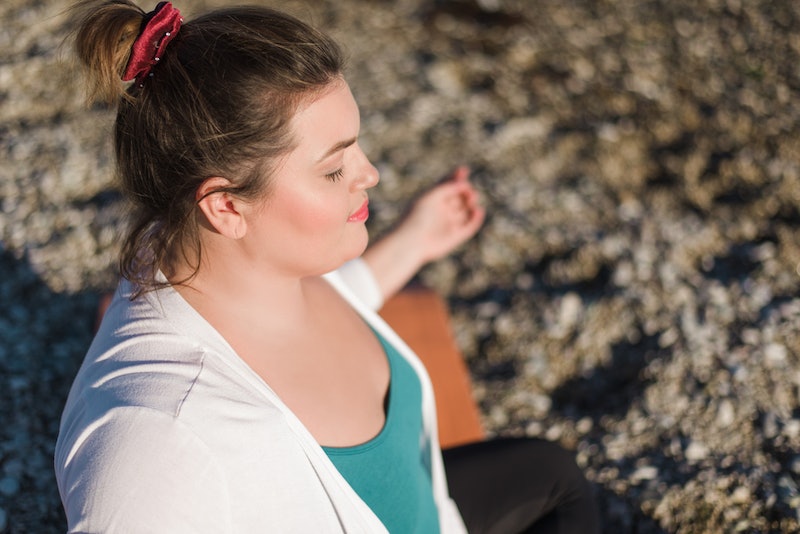 You might’ve heard that practicing mindfulness is good for your health, but a new study has found that mindfulness could promote positive body image, too, according to a news release. Researchers from Anglia University in the U.K. published a study in the journal Body Image that found when people become more aware of their internal body signals, like their breathing or heart rates, they reported higher levels of positive body image, the news release said. The researchers also found that when people trusted their internal body signals more, they were more likely to have a more positive view of their body images, according to the news release.

The researchers recruited 646 men and women between the ages of 18 and 76 and found that the participants who could sustain attention toward their internal body signals — their heart rates, breathing, feelings of discomfort or hunger — the more likely they were to report high levels of positive body images. This is different from previous studies, the news release said, which typically focused on young women.

“Unfortunately, experiences of negative body image are extremely common, to the extent that some academics consider this a ‘normal’ experience for women in Western society,” Jenny Todd, lead author of the study, said in a news release. “Our research finds associations between the awareness of internal body signals and measures of body image. This could have implications for promoting positive body image; for example, modifying interoceptive awareness through mindfulness-based practices.”

Conversely, the researchers found that the students who reported spending more time thinking about their emotions, thoughts, and environments were less accepting of their bodies, according to Greater Good Magazine. Although these are components of mindfulness, says Greater Good Magazine, when those efforts aren’t paired with nonjudgmental acceptance and being in the present moment, thinking about those things can do more harm than good.

Research has shown that your body has a physical response to practicing mindfulness, where meditation actually engages the brain systems involved with interoception, or awareness in the moment, according to The Harvard Gazette. When you practice mindfulness meditation, you don't have to try to quiet your mind because you're going to have thoughts, and your mind is going to wander, according to Mindful.org. The idea is to focus on the present moment without judgement, bringing your thoughts back to the present if your thoughts to happen to wander off, says Mindful.org. And when those judgmental thoughts arise, Mindful.org recommends just acknowledging that you had them, and then letting them pass.

What these studies show is that there’s a wealth of research backing the science of mindfulness. Practicing mindfulness engages a specific part of your brain, and when you do that, there’s a chance you could improve your overall mental health. It’s not a cure for eating disorders or mental illnesses, but it can sometimes be a wonderful tool to add to your self-care kit.