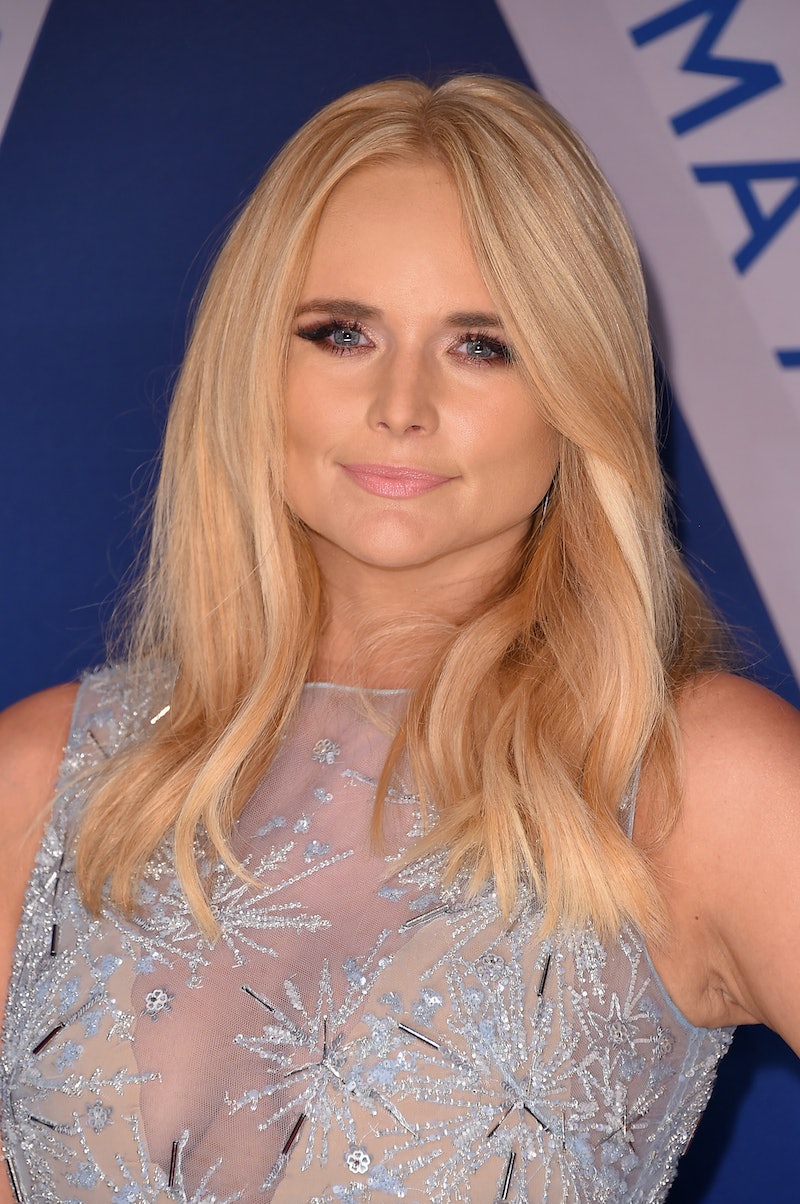 On Saturday, Feb. 16, country music star Miranda Lambert revealed she married Brendan McLoughlin, after keeping both the relationship and wedding a secret. The star had not previously opened up about the romance, so the announcement was big news for fans. It seems the star's new husband doesn't work in the world of country music, adding another element of mystery to their relationship. McLoughlin is a NYPD officer from Staten Island, according to People. The publication also confirmed that the two had officially tied the knot, and that the ceremony reportedly happened a while ago.

Lambert shared her wedding news on Instagram, posting several photos from big day. The photos show the newlywed couple posing in front of a scenic outdoor background, and was captioned:

"In honor of Valentine’s Day I wanted to share some news. I met the love of my life. And we got hitched! My heart is full. Thank you Brendan Mcloughlin for loving me for.... me."

The caption also included a heart emoji and a hashtag reading "#theone". The singer wore a lace gown on the big day, and looked super happy while cuddling with McLoughlin. In the second photo, the two posed on a hill, with Lambert holding an elaborate bouquet of wedding flowers. You can see both photos on her Instagram page.

Little is known about McLoughlin and Lambert's origin story as a couple, but the NYPD officer is a new dad. According to People, an unnamed source confirmed that McLoughlin welcomed a first child from a previous relationship in November of 2018. The publication also reported that McLoughlin is a runner who recently won a 5K race, and once considered modeling but never pursued the career professionally.

Lambert deserves a happily-ever-after, as the past few years have been romantically tumultuous for the star. In 2015, Lambert and country star Blake Shelton divorced after nearly 10 years together. The two wed in 2011, and dated for 6 years before. Shelton and Lambert released a statement to confirm the separation, but were private about the split, according to ET Online.

Not long after the separation, Lambert dated singer Anderson East for two years. After the couple separated, she briefly was in a relationship with The Turnpike Troubadours front man Evan Felker. The two parted ways in August of 2018, as per People. Lambert addressed the heartbreak in an interview with The Tennessean. "Love is a hard road sometimes and it's been a roller-coaster ride for me, but I'm definitely thankful for all the ups and downs because I've had some really good songs come out of it," she said. "You've got to take the bad parts and put them on paper and then move on to the happy parts."

It seems like Lambert has moved on to happier times as of late. In November, she released an album titled Interstate Gospel with her music group Pistol Annies. Lambert also launched Idyllwind, a lifestyle and clothing brand, according to Country Fancast. It seems that things have been going well in her personal life, and she looks super happy with her new husband.