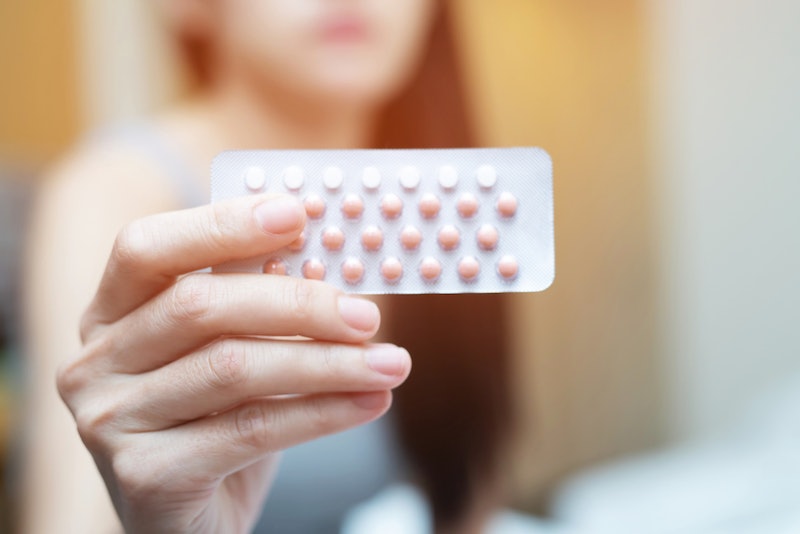 How much do you know about your birth control? For me and many of my friends becoming a parent isn't something we're planning on doing any time soon. However, when I have spoken to them about their experiences on the contraceptive pill, side effects like headaches, irregular bleeding, and acne are an all-too common occurrence. They’re just accepted as a necessary evil. However, new research suggests that misconceptions about the pill impact millions of people's health. Instead of telling their doctor about side effects they may be experiencing, those surveyed said they had just kept the problems to themselves. Confusing guidelines on how to take your pill correctly and the fear that it won’t work as effectively as you need it to can lead people to suffer in silence with symptoms that aren’t normal.

Research from online doctor service Zava revealed that a significant amount of people in the UK may be taking the wrong contraceptive pill because of confusion about its use. The study, which surveyed 1000 people between 18-45 who take the pill found that, 80 percent of those asked had experienced some sort of side effects from the contraceptive. Meanwhile, 66 percent said they had stayed on the same pill for five or more years despite experiencing side effects.

The research also discovered that 35 percent of respondents had experienced changes in their weight as a result of being on the pill. Worryingly, 29 percent of those surveyed also said they had seen changes in their mental health, citing low moods and depression, with 22 percent also reporting low libido. Physical side effects were recorded too, as 27 percent of women said they had got migraines and headaches, 23 percent experienced irregular bleeding, and 17 percent reported digestive issues like nausea and diarrhoea while on the pill.

In a statement one respondent, 23-year-old Emily from London, explained that she has been dissatisfied with the pill for years, having taken it on and off since she was teenager. Repeat trips to the doctors for medication to combat side effects from the medication have led her to want to stop taking the pill completely.

It seems completely archaic that in 2019 people are still suffering in silence in the name of contraception. The study pointed to confusion surrounding the guidance given by the Royal College of Obstetricians and Gynaecologists as to another reason why many people may be putting up with side effects. Of those asked, 23 percent said they felt having a monthly bleed was useful to check that they weren’t pregnant, while 18 percent said that they believed it to be good for their health, and 12 percent said they believed it made the pill more effective. However, the Royal College of Obstetricians and Gynaecologists has recently said there is no benefit to the seven-day break observed by many people on the pill.

In a statement given to Bustle UK, Zava medical director Dr. Louisa Draper said, “it’s clear that women need access to more information when it comes to their contraception. It’s a confused picture, supported by our own patients who often come to us after repeatedly suffering from contraceptive pill side effects.”

Of those surveyed, 28 percent said they would like more information, but of that number 32 percent said they struggled to fit doctors appointments in around their working hours, and 22 percent said they were too embarrassed to talk about issues with medical professionals face-to-face. Dr Louisa said, “a woman’s contraception should suit her individual lifestyle and requirements, without a detrimental effect on her health. While there are other methods of contraception available, the pill remains the most popular for British women, so if women want to take the pill, let’s make sure it’s the right one.”

Ensuring you are on the right pill is high stakes stuff. While it is crucial that your pill is working as effectively as possible for you, the normalisation of side effects isn't good for the health of those taking it. If you think you are experiencing side effects from your contraceptive pill, it's worth making an appointment to speak to your doctor about alternative types or different forms of contraception that might be better suited to your needs.