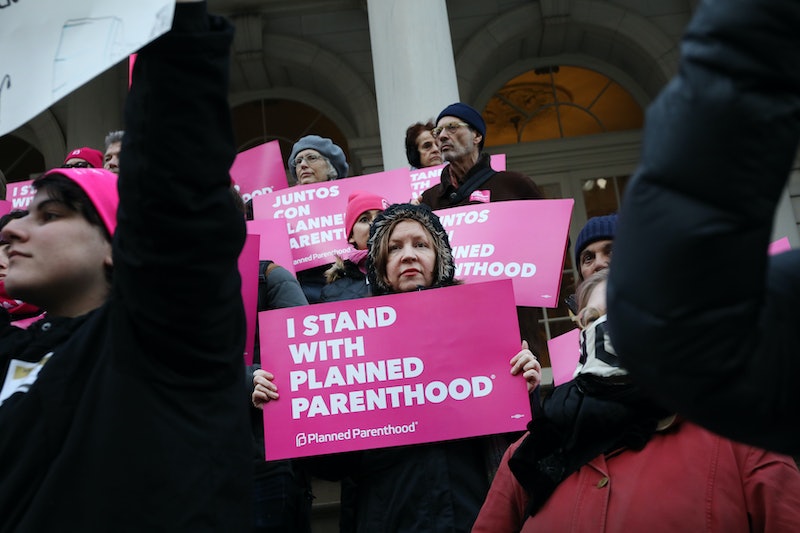 Back in March, Mississippi Gov. Phil Bryant signed a bill into law that would ban abortions after just six weeks, before many people even know they're pregnant. The controversial law subsequently landed in court, and on Friday, Mississippi's six-week abortion ban was blocked by a federal judge, per CNN.

Judge Carlton Reeves, who issued the preliminary injunction blocking the abortion ban, wrote that the law "threatens immediate harm to women's rights, especially considering most women do not seek abortions services until after six weeks," The Hill reported.

"Allowing the law to take effect would force the clinic to stop providing most abortion care," Reeves added. "By banning abortions after the detection of a fetal heartbeat, the law prevents a woman's free choice, which is central to personal dignity and autonomy."

Mississippi's so-called "heartbeat" abortion bill was slated to go into effect on July 1, per The Clarion Ledger, but the Center for Reproductive Rights filed a lawsuit not long after the bill was signed into law. The center filed the lawsuit on behalf of Jackson Women's Health Organization, the only clinic currently providing abortions in Mississippi. Reeves heard arguments in this case on Tuesday before announcing his decision to block the ban on Friday, The Clarion Ledger reported. Reeves blocked a similar abortion ban in Mississippi last year, which would have outlawed abortions after 15 weeks.

The block that Reeves imposed on Friday is a preliminary injunction, which means it temporarily prevents the abortion ban from going into effect. During the Tuesday hearing, Reeves argued that Mississippi's latest abortion ban — which is even more restrictive than the 15-week ban he blocked — "smacks of defiance," per The Hill.

Mississippi is not the only state currently embroiled in controversy over restrictive anti-abortion legislation. According to CNN, 15 states introduced "heartbeat" abortion bills this year, and four of them — Georgia, Kentucky, Mississippi, and Ohio — managed to pass those bills into law. And just last week, Alabama Gov. Kay Ivey signed off on a bill that bans abortions in nearly all cases, with no exceptions for rape or incest.

However, as is the case in Mississippi, Alabama is already facing legal challenges to its anti-abortion law, with the ACLU and Planned Parenthood filing a lawsuit on Friday. The lawsuit states that criminalizing abortion is in conflict with Roe v. Wade — a landmark Supreme Court ruling that many GOP lawmakers ultimately hope to strike down, per The Washington Post.

Mississippi state officials who defended the six-week abortion ban argued in court that the law was passed to promote "respect for life" in the medical field, CNN reported, and to "prohibit procedures that destroy the life of a whole, separate, unique living human being." Reeves pointed out, however, that Mississippi's ban would prohibit abortions prior to viability — a standard which has not previously been upheld in the Supreme Court — and ultimately decided to issue the preliminary injunction blocking the ban.

In a statement cited by CNN, Center for Reproductive Rights President and CEO Nancy Northup made it clear that her organization would continue fighting for reproductive rights across the country.

"The Constitution protects a woman's right to make decisions over her body and her life," Northup said, per CNN. "The district court's decision today was a resounding affirmation of this settled law."