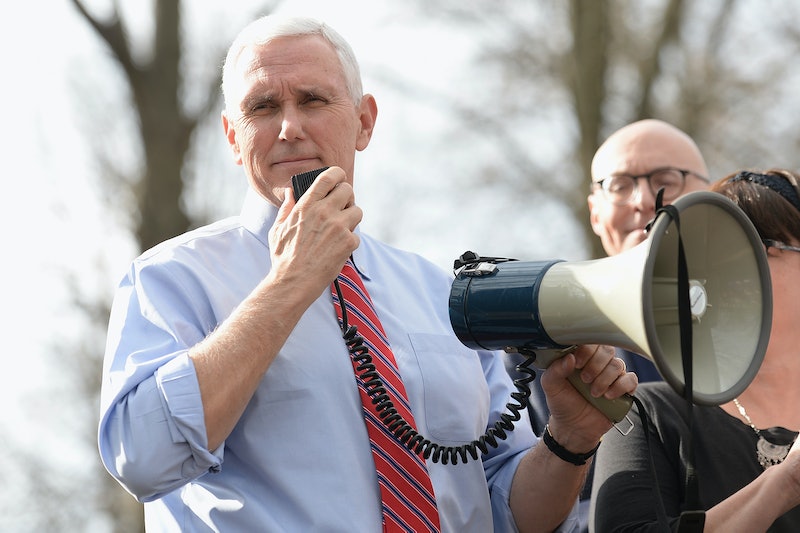 Following Republican Gov. Eric Greitens' call for a special session, Missouri lawmakers returned to their state's capitol Monday so they could impose more anti-abortion restrictions on Missouri women. They sought to potentially overturn a St. Louis ordinance which protects female Missourians from discrimination based on their reproductive health histories.

The main target of state lawmakers during this summer's special session will be a city ordinance meant to prevent women from being discriminated against based on "reproductive health decisions" when searching for housing and employment. Gov. Greitens and his fellow right-leaning state lawmakers say that this ordinance is not just an affront to their pro-life/anti-abortion politics, but also impinges on religious liberties. "We had in St. Louis some radical politicians who wanted to create what they called an abortion sanctuary city where a pro-life organization or a pregnancy care center, where it would be illegal for them, if they're a pro-life organization, just to hire pro-life workers," Greitens told local news station KMBZ.

Sachs' decision against these types of restrictions, which have been sought by conservative lawmakers in other states, rested upon the 2016 Supreme Court decision in Whole Woman’s Health v. Hellerstedt, which found Texas lawmakers' attempts to limit abortions unconstitutional.

"No one is eager to come back over the summer for a special session," Missouri Sen. Bob Onder, a Republican from Lake St. Louis, told the Associated Press. "But really no issue is more important than life, and I don't think there's any issue that our Republican caucus is more unified on than the issue of life."

Currently, if a woman in Missouri does seek an abortion at the only clinic that provides them in the state, she must wait 72 hours before having the procedure performed. “People are driving hours to St. Louis, or they’re crossing over the state line into Kansas or other states in order to access services,” Laura McQuade, the president and CEO a Midwestern Planned Parenthood affiliate, told Mother Jones.

The governor's decision to call a special session so that state lawmakers could try to roll back women's rights to accessing basic reproductive health is just the latest development in Missouri's decade-long battle against a woman's right to choose. In 2016, for example, state lawmakers attempted to essentially shut down the state's sole abortion provider, a Planned Parenthood in St. Louis. State senators even threatened to jail an executive of that Planned Parenthood because she would not hand over private medical documents to state legislators in 2016. In 2017 alone, lawmakers in Missouri filed at least 14 anti-abortion proposals before the start of the legislative session.

As for this special session, it's unclear what the outcome regarding abortion rights will be. However, one thing is clear: Greitens is taking extra taxpayer money to wage his campaign against women's reproductive health. According to the AP, this special session could cost Missourians more than $66,000.