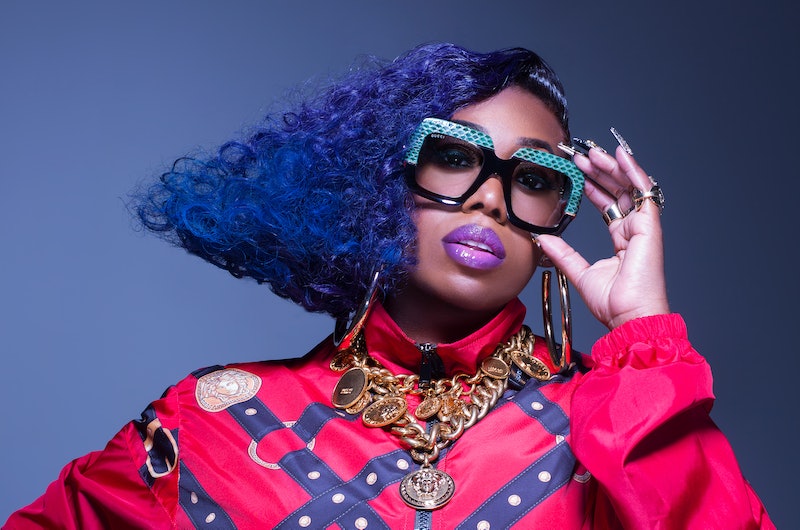 It's time to work it — then put your thing down, flip it and reverse it. Missy Elliott is the MTV Video Vanguard Award recipient this year, and, really, it's about time that she received the prestigious honor. The iconic rapper and entertainer will be presented with the award during the 2019 MTV Video Music Awards on Monday, August 26. And not only will she appear at the show, she will also perform live in what's sure to be a visionary and unforgettable moment.

MTV hinted at the announcement earlier on Monday, August 13, by literally flipping and reversing their social media accounts, and posting a VMAs promo video with all of the text flipped and reversed, in honor of what are perhaps Missy's most iconic lyrics. “Missy’s impact on the music landscape is indelible,” Bruce Gillmer, Head of Music and Music Talent at Viacom, said in a press release obtained by Bustle. “Her creative vision across production, performance and songwriting is unmatched.” No lies were spoken.

Generation Z may not realize this, but Missy has helped transform the art of the music video since 1997, when she rocked a cartoonishly large garbage bag in her debut video for "The Rain (Supa Dupa Fly)", and still looked utterly fabulous while wearing literal trash.

Her videos only grew in imagination, hitting us every time with over-the-top looks, sharp choreography, and a knack for bombastic visuals and joyously ridiculous moments that few artists have been able to replicate. She even got some of the world's biggest stars involved, like when she gave a shout out to Halle Barry on "Work It" and Ludacris played the principal of the world's most bratty high school in "Gossip Folks". Some of her videos even served as a launchpad for future stars, like Disney icon and dancer Alyson Stoner (who appeared in the "Work It" video).

She was undoubtably ahead of her time. Even her more recent videos, like for the bouncy "WTF (Where They From)", embody the animated and vivacious spirit that Missy brings to the camera so effortlessly.

Not only will MTV honor Missy's legacy with the award, but they're teaming up with Pepsi to give fans a chance to celebrate her on and off-screen. They will open a pop-up exhibition, “MTV & Pepsi® Celebrate the Museum of Missy Elliott,” on August 24 and 25 in New York City, that will highlight the rapper's contributions to the music world. According to the press release, fans will be able to walk through numerous installation that will transport you to the unique world of Missy's music videos. Ticket information will be announced at a later date.

This will mark Missy's first time on the VMAs stage since 2003, when she hit the stage after the legendary kiss between Madonna and Britney Spears rocked the entire world. It might be hard to top, but Missy undoubtably has it in her to do just that.