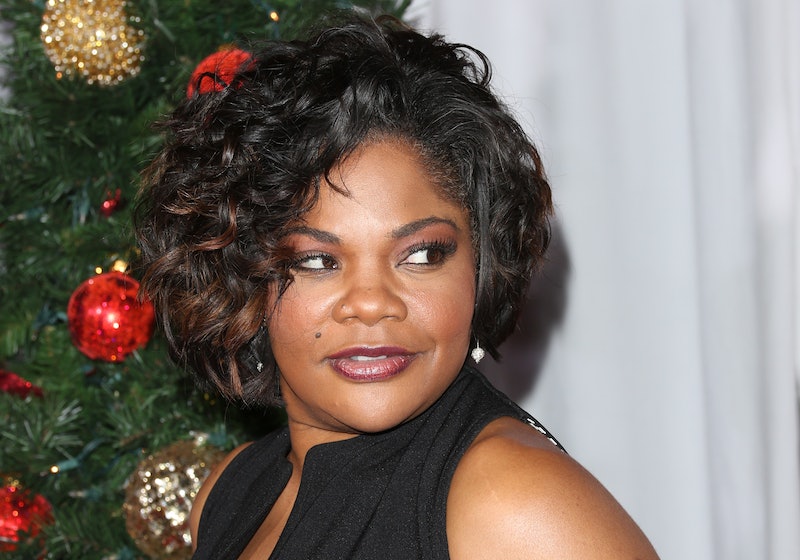 On Thursday, Nov. 14, Mo'Nique announced that she is suing Netflix for racial and gender discrimination. In her lawsuit against the streaming giant, the Oscar winner accused the company of attempting to underpay her for a stand-up special with a "biased, discriminatory offer," as described in the civil complaint obtained by Bustle. Bustle has reached out to Netflix for comment, but did not receive an immediate response.

In the 39-page complaint, Mo'Nique's attorneys at The deRubertis Law Firm, APC, claim that despite her "extensive résumé and documented history of comedic success" Netflix made "a lowball offer that was only a fraction of what Netflix paid other (non-Black female) comedians."

The filing states that Mo'Nique (née Monique Hicks) was reportedly offered $500,000 as a “talent fee." Her attorneys claim this is significantly less than what men and white women were offered for similar stand-up specials. The lawsuit goes on to state that fellow comedians like Chris Rock, Dave Chappelle, and Ricky Gervais were allegedly offered 40 times more than she was. Netflix also allegedly offered Amy Schumer 26 times more than Mo'Nique, according to her attorneys.

In July, Business Insider reported that Jerry Seinfeld was offered $100 million for his stand-up special, while Dave Chappelle and Ricky Gervais were offered $60 million and $40 million, respectively, for two specials. “When the talent was not a Black woman, Netflix offered to pay, and did pay, astronomically more than it pays to Black women like it offered to Mo'Nique,” the lawsuit states, according to NBC News.

“In short, Netflix’s offer to Mo’Nique perpetuates the drastic wage gap forced upon Black women in America’s workforce," the lawsuit continues. The suit also maintains that this alleged discrimination reflects a wide-spread problem within Netflix, noting a lack of diversity in leadership.

In a statement posted to her Instagram on Thursday, Mo'Nique confirmed the news. "I had a choice to make: I could accept what I felt was pay discrimination, or I could stand up for those who came before me and those who will come after me," she wrote in a text post. "I chose to stand up."

The comedian's fraught history with Netflix began years ago. Back in 2018, Mo'Nique called for a boycott of Netflix, asking fans in an Instagram video to stand with with her against the company's "gender bias and color bias."

In the video, she specifically mentioned Schumer, who renegotiated her deal to get closer to equal pay on her special with the site. “[Schumer] said, ‘I shouldn’t get what the men are getting, because they’re legends, but I should get more,’ and Netflix agreed,” Mo’Nique said in her Instagram post. This came after a 2017 report form Variety, which claimed that Schumer was reportedly offered $11 million for her Netflix special, but fought for more, noting the disparity between her offer compared to comedians like Chapelle. But Mo'Nique claimed she was not given the same courtesy when it came to negotiating her fee. At the time, Netflix chose not to comment on the claims, telling CBS News, "Netflix does not comment on contract negotiations."

A few days after posting her message on Instagram, the comedian explained that she decided to speak out in the hopes of advocating for the next generation of black female comedians. "If I accepted $500k, what does Tiffany Haddish have coming? If I accepted that, what does the black female comedian have coming?" she said during an interview with Sway Calloway, as reported by Vibe. (Haddish, meanwhile, will have a stand-up special premiering on Netflix this December.)

Mo'Nique is currently seeking unspecified damages in her case against Netflix.

More like this
What’s New On Netflix: Meet 'The Real Bling Ring'
By Arya Roshanian
What’s New On Netflix: Camila Mendes & Maya Hawke 'Do Revenge'
By Arya Roshanian
Here’s Everything Coming To & Leaving Netflix In October
By Jake Viswanath
Women Around The World Are Cutting Their Hair In Solidarity With Mahsa Amini
By Darshita Goyal
Get Even More From Bustle — Sign Up For The Newsletter

This article was originally published on November 14, 2019