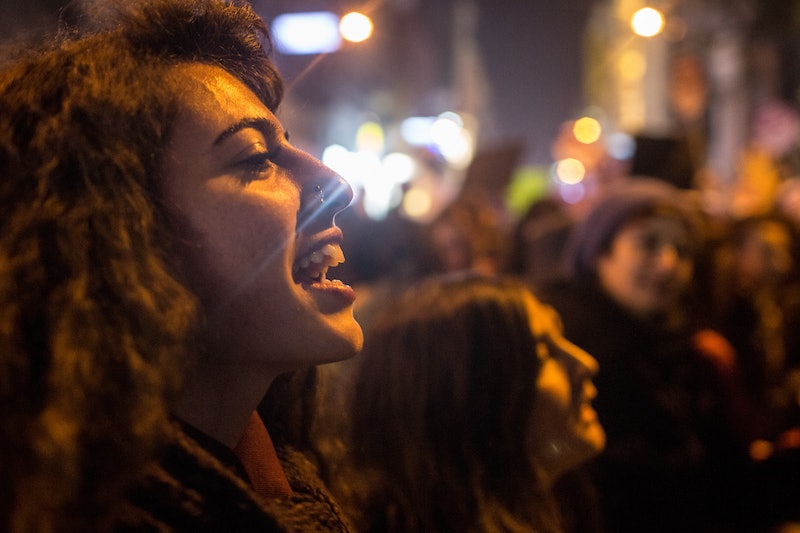 Certain areas of Montana, like Yellowstone County, are infamous for their conviction rate on rape cases — or really the lack thereof. In 2016, there were 60 reported rapes, none of which resulted in a conviction. Some 18 were sent along to the county attorney's office, but with the way the state's law was written, prosecution was very difficult. As of Monday, however, that's changed — Montana updated its sexual assault law to bring the state's definition of rape into the 21st century, the Missoulian reported.

The prior version of the law was passed in the 1970s and was written so that prosecutors needed to prove that a victim was violently attacked or threatened for the act to be considered rape. Now, with society adopting an evolved understanding of the need for consent, that type of attack will be considered an aggravated sexual assault.

To prove rape now, prosecutors will just need to show that the suspect did not receive consent. That means that rapists who drug their victims, as well as those in positions of power or those who have been in previous relationships with their victims, can be charged, the paper pointed out. In the past attackers have been able to use those existing connections to claim consent.

The passing of the six bills that reformed the sexual assault law was championed by the governor, attorney general, and a number of members of the state's legislature. The main bill that changed the definition of rape was opposed by just two Republicans house members in the whole state legislature. That's 148 to 2, a pretty good example of bipartisanship.

One Missoula Democrat, Sen. Diane Sands, was essential in making the law happen. Sands explained to The Missoulian, going on to explain the significance of the change in the system:

Most of these laws were passed in the 1970s when we had a very different idea of what sexual assault was. We have had many cases of a sexual assault that everyone agrees was a sexual assault [but] isn't a sexual assault under the law. ... We looked at really what it takes to convict someone of sexual assault. I'm very pleased we could actually pass these pieces of legislation, in most cases pretty much unanimously.

The state's governor, Steve Bullock, signed two of the six total reform bills Monday night. "We have those moments where the greater good is definitely recognized, where we see the challenges that can literally destroy and devastate people's lives," Bullock said.

That will be great news for the victims of sexual assault across the state — especially in the communities where prosecutions and convictions had been lacking. The federal Department of Justice had been hard at work bettering the state's police departments so that they're professionally equipped to handle rape investigations; now with the improved laws, prosecutors can take those investigations, build a case, and perhaps even convict more of the attackers.

Also this week, Montana sent off more than 1,000 rape kits to be tested at a lab in Salt Lake City, meaning that all kits in the state will have been tested. The backlog made prosecutors' lives even more difficult, because they didn't have the evidence to work with. Now these old cases could be reopened, and the state attorney general has devised a system to ensure future backlogs don't occur.

"We will soon be hiring a victim advocate and a cold case investigator, so we will be off and running on this process," Attorney General Tim Fox told local talk radio station KGVO. "In the mean time, we have developed policies and procedures and a database in order to track kits in the future so they don't accumulate."

With the commitment to clearing the backlog, matching DNA with federal database, and the new sexual assault law, Montana of all places could be the perfect model for other states to emulate as they try to update their institutions to deal with sexual assault in 2017.