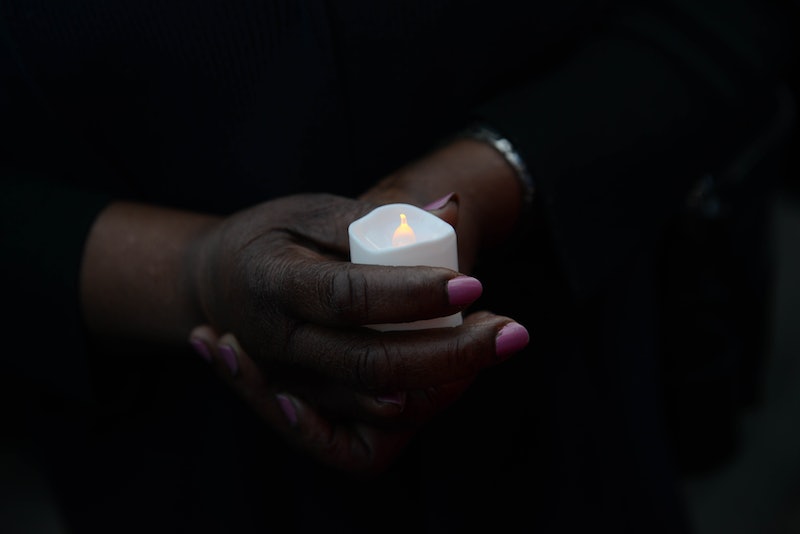 A new report released Thursday by the Centers for Disease Control and Prevention (CDC) has presented some disturbing statistics regarding racial and ethnic differences in the homicide rates of women. While homicide is one of the leading killers of women from all racial and ethnic backgrounds, non-Hispanic black women face a significantly higher homicide rate than most other racial groups in the United States.

Black and indigenous women are killed as a result of homicide at rates more than double what women of other races experience, according to a CDC analysis of female homicide statistics culled from 18 states between 2003 and 2014. According to the CDC, while the overall homicide rate for women was found to be 2 per every 100,000 women, the rate soared to 4.4 per 100,000 women for black women. For American Indian and Alaska Native women it was 4.3 per 100,000. In contrast, the homicide rates for Hispanic, non-Hispanic white, and Asian and/or Pacific Islander women were 1.8, 1.5, and 1.2 per 100,000, respectively.

Cindy Southworth, the executive vice president of the National Network to End Domestic Violence, tells Bustle that there are many factors at play in these high murder rates. "Institutional racism and the over-policing of people of color adds a significant barrier to survivors reaching out for help from the justice system," she says, "putting women of color at heightened risk of homicide."

While disturbing, the CDC's findings are, unfortunately, not altogether surprising; reports show black and indigenous women experience rape and other forms of sexual or physical violence at disproportionately high rates as well. According to the CDC's National Intimate Partner and Sexual Violence Survey, approximately 22 percent of black women and 26.9 percent of American Indian or Alaska Native women have been raped at some point in their life. Overall, black and indigenous women were reported to experience rape, stalking, and/or physical violence at rates 30 to 50 percent higher than those experienced by Hispanic, non-Hispanic white, or Asian or Pacific Islander women.

Domestic violence advocates say one of the reasons black women may fall victim to intimate partner violence-related homicide at disproportionately higher rates may stem from the fact they're often less likely to report or seek help for domestic violence. According to the Domestic Violence and Child Advocacy Center, many of their African American clients have expressed concerns about reporting incidents of domestic abuse due to fears they won't taken seriously, may be discriminated against, or could face being ostracized due to the misconceptions and stigma that exists around domestic violence in African American communities.

Social worker and feminist writer Feminista Jones wrote powerfully about the myriad of reasons that often lie behind black women's struggle to speak up about domestic violence in a piece published by TIME magazine shortly after NFL player Ray Rice was captured on video knocking his wife unconscious in a New Jersey casino in 2014:

For Black women, a strong sense of cultural affinity and loyalty to community and race renders many of us silent, so our stories often go untold. One of the biggest related impediments is our hesitation in trusting the police or the justice system. As Black people, we don’t always feel comfortable surrendering “our own” to the treatment of a racially biased police state and as women, we don’t always feel safe calling police officers who may harm us instead of helping us. And when we do speak out or seek help, we too often experience backlash from members of our communities who believe we are airing out dirty laundry and making ourselves look bad in front of White people.

Indeed, racism and a fear of potential discrimination appears to play key roles in making African American women more hesitant to speak out. "If we want to end domestic violence and domestic homicide we must also end unconscious institutional racism and other barriers that impact survivors," Southworth tells Bustle. "Our organization envisions a world where no one experiences domestic terrorism in the home, and that survivors know that reaching out for help will not activate a disparate response by the justice system due to the race or ethnicity of the abusive partner."

The CDC's report also provides data to support long-standing claims that women are more at risk of being killed by a romantic partner than men are. Of the more than 10,000 female-victim homicides the CDC reviewed, nearly half were killed by a current or former male intimate partner. In contrast, a report from 2008 found that just 5 percent of male homicide victims had faced the same fate.

This finding, the CDC noted, meant there could have been opportunities for first responders to provide intervention, safety planning, or simply information regarding domestic violence outreach programs which may have helped to prevent the homicide. Moreover, the CDC also concluded there was a vital need for more domestic violence prevention programs specifically targeted at high-risk populations to help increase both intervention opportunities and access to safety planning.

While no racial or ethnic group is completely unaffected by issues of domestic violence, African American women continually face a higher risk of experiencing the most serious form of intimate partner violence: homicide. If there's one thing the CDC's report tells you, it's that there's an increasingly urgent need for policies and programs aimed at preventing violence against black women.