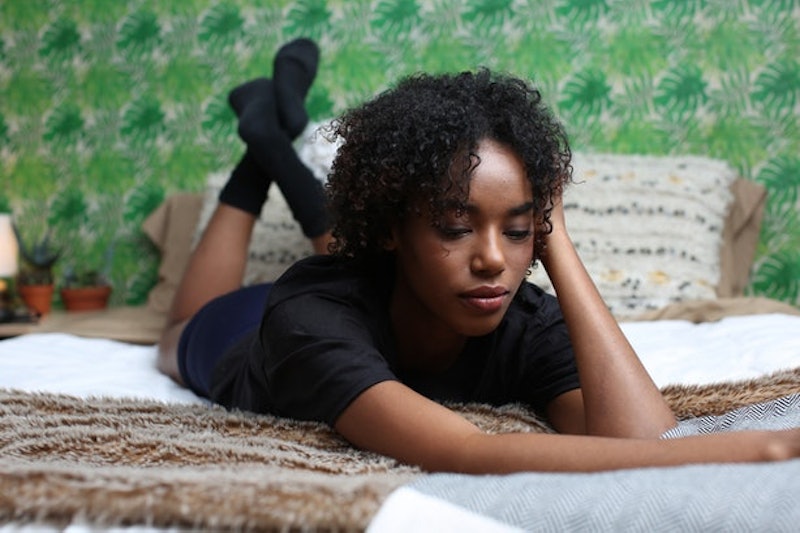 Going for an STD test can be a daunting experience, especially for a young person. There's still such a taboo around sex generally — and STDs specifically — that it's far too easy to avoid going, even when you know you should. But it turns out that this avoidance can have some major health consequences. A study conducted by Quest Diagnostics looked at 3,414 young women between the ages of 15-24 and found that, despite the fact that 56 percent of those surveyed were sexually active, far too few of them were having STD tests.

"I think the [study] just shows how much work needs to be done in regards to communication in healthcare," Dr. Rachel Gelman, DPT, PT tells Bustle. "...Sexual health is important, yet it is so often neglected. On the patient side it shows how we need to implement better sex education so that people know the risks and prevention strategies for STIs and that they are aware that STD/STI testing is important and necessary even if you are practicing safe sex. That way patients can feel more comfortable advocating for themselves since that may be necessary based on the stats in this study. So at the end of the day it seems like the big theme is a need for more education all around to improve communication and build awareness so that people can start having these essential conversations."

A big part of the problem is a fundamental — the way that we talk about sex as a society creates too much shame and a taboo around the issue. Even when we know we're enjoying ourselves and that there's nothing wrong with our behavior, we can still feel embarrassed by it.

"We are given such mixed messages around sex that women may engage in activities freely but then be uncomfortable or embarrassed to say it out loud — even to her medical provider," relationship therapist Aimee Hartstein, LCSW tells Bustle. "I also think that there is an element of burying one’s head in the sand. If you ignore the idea of STD testing, then you can ignore that you might have had unsafe sex and possibly done some things that you are uncomfortable about. Clearly, this is not the way to take care of one’s health or one’s self, but it is still a mode in which many people operate." But the truth is, even if you're having protected sex you should be getting tested occasionally, just to be sure. Being responsible means staying aware of your sexual health.

The study revealed that too often that just isn't happening — and a lot of it has to do with the shame and awkwardness young people feel when it comes to talking about sex. Here's what they study found.