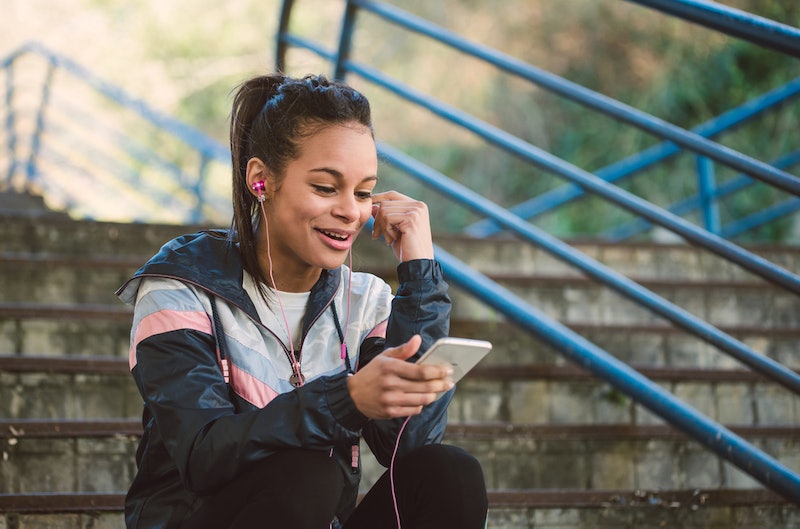 Ramon Espelt/Shutterstock
By Sanam Yar
May 1, 2019

Waking up is hard to do. Not everyone is a morning person, and if all the “But First, Coffee” typography is to be believed, it can take a little while to feel one hundred percent after you climb out of bed. Whether you cherish your morning cuppa, or start off your day racing to work after hitting the snooze button a few too many times, people tend to stick to their respective morning routines. Now, new research out of Australia has found that some morning exercise may be a beneficial addition to that routine. A recent study found that morning workout benefits include thinking more clearly and decision-making later in the day, compared to sitting for long periods of time sans exercise.

Published in the British Journal of Sports Medicine, the study focused on a sample of sedentary older adults aged 55 to 80 who had relatively normal cognitive function. The participants in the study were looked at after sitting uninterrupted for eight hours, walking on a treadmill for a half-hour in the morning, and walking in the morning and sitting throughout the day, broken up by a three minute walk every 30 minutes. The researchers tested the subjects' concentration, decision making, and short term memory several times throughout the process. What they found was that the morning exercise — just 30 minutes of moderate walking on a treadmill — was enough to boost the subject's memory and thinking throughout the day. When subjects added in walking breaks throughout the day, that also gave a boost to short term memory compared to the group that just sat all day.

"This study highlights how relatively simple changes to your daily routine could have a significant benefit to your cognitive health,” said study co-author Michael Wheeler in a statement about the study. “It also reveals that one day we may be able to do specific types of exercise to enhance specific cognitive skills such as memory or learning."

While the study’s 67 person sample size means its results aren’t something we can take for granted just yet, it’s a promising start. The results further support a bevy of scientific literature indicating that yeah, sitting all the time and being desk-bound probably isn’t exactly the best thing for our health. If you’re looking to boost your productivity in the morning, habits like meditation, along with exercise, have been shown to improve your brain’s function, attention span, and ability to retain information. If speed-walking isn’t your thing, you can also try spinning, jumping some rope, or going up and down some flights of stairs.

But really, if all it takes is a brisk walk and taking a couple of strolls around the office every half hour or so to boost your brain’s performance even slightly, there’s no reason not to try it out. Take a walk to refill your water bottle, get a snack, or just chat with your cute coworker across the hall from you. If your memory gets a morning boost from it, all the better.