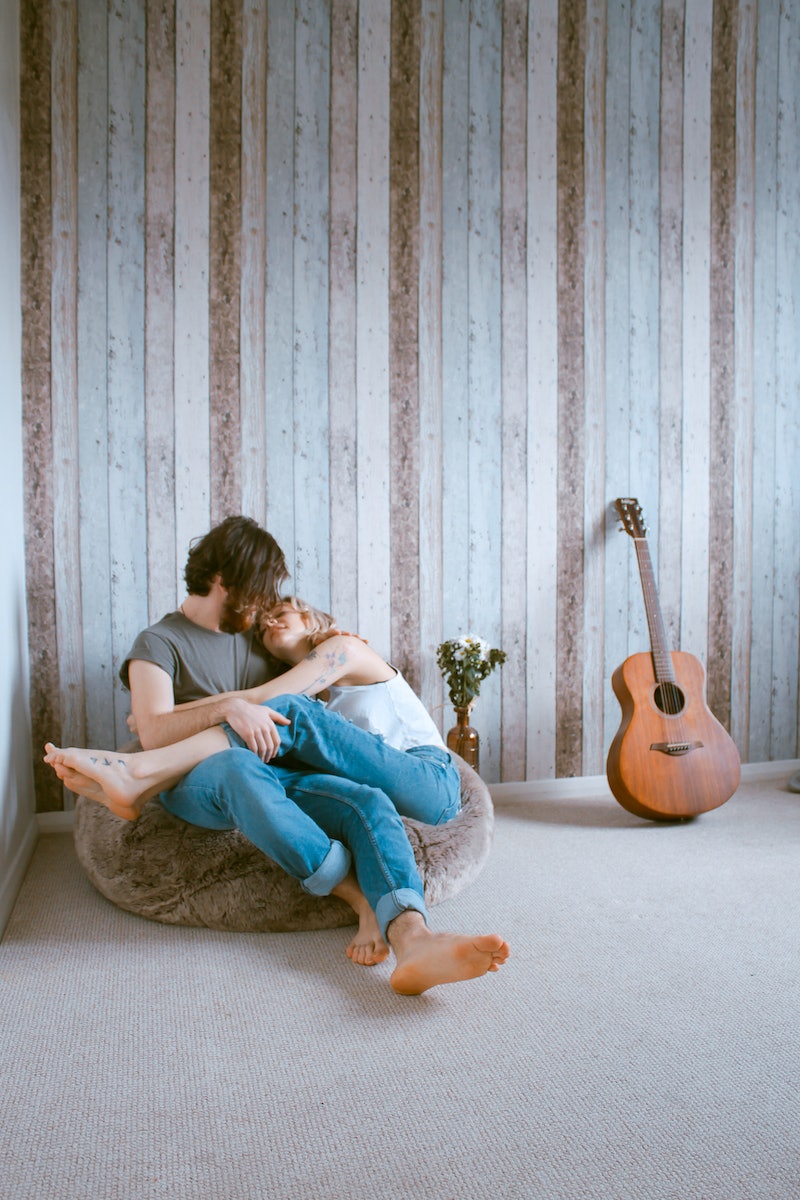 After covering love and relationships for years, Ellen McCarthy, a Washington Post features writer, put together everything she's learned in The Real Thing: Lessons on Love And Life from A Wedding Reporter's Notebook. For one particular insight, McCarthy interviewed 200 couples and found that about 70 to 80 percent of them mentioned how comfortable they were with each other. Some even used words like "easy," "effortless," and "natural" to essentially describe the same idea.

But McCarthy found "comfortable" may be a common way to describe a relationship, but many don't really like to use it. In fact, many times when people used the word, they'd immediately apologize for sounding like they're settling.

Now I totally get that "comfortable" doesn't exactly have the same effect as "passionate" or "sexy." But is comfort really settling? Here's what experts think: