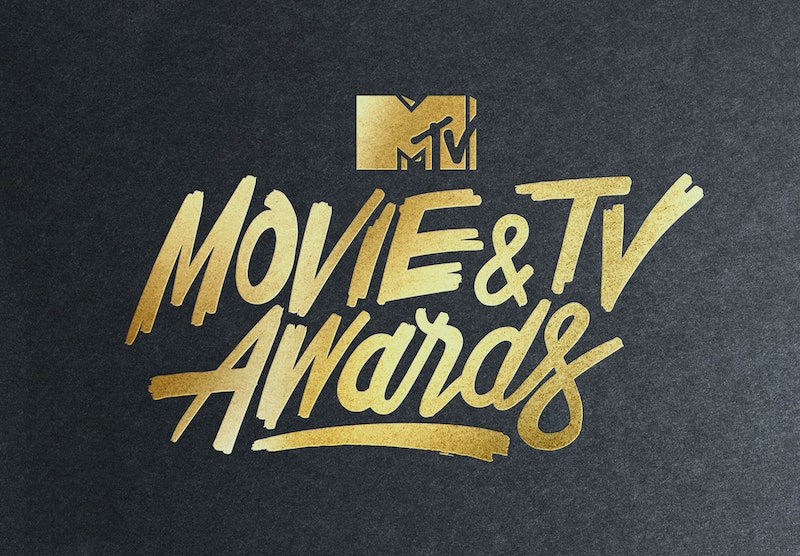 This just in: the Golden Age of Television is now official. Your favorite music channel movie award ceremony has a new name, because the MTV Movie Awards are now the MTV Movie and TV Awards, which will air live on Sunday, May 7 at 8 p.m. As you've probably guessed, the awards won't be limited to films anymore, but will be acknowledging the relevance of TV as an art form. And this isn't exactly surprising, since MTV has always been about innovation.

“We’re living in a golden age of content, and great storytelling and characters resonate regardless of whether you’re watching it in a theater or on TV. The new ‘MTV Movie and TV Awards’ will celebrate even more of the brightest, bravest, funniest and most shared films and TV shows resonating across youth culture.”

MTV first launched by effectively half-inventing a product, the music video, which, back in the '80s, consisted of "video records" mostly from "marginal or unpopular British and Australian bands." And there weren't many of them available, with MTV relying on just a hundred clips in their earliest days and demanding that record labels create more music videos for them. But, arguably, MTV's USP has never just been music videos, but their flexibility in defining what they're about. And this makes this announcement more predictable than it first seems.

After a decade and a bit of ushering the music video into the mainstream, MTV changed direction abruptly with their launch of The Real World in 1992, the show often credited with creating the reality TV genre. After a few years, MTV focused more and more heavily on reality TV, barely offering any of the thing they first made their name with: music videos.

Clearly, MTV realized that evolution was key to survival in the ruthless entertainment world. Thus their announcement in 2016 that they'd be returning to music programming after all, with a reboot of their classic series Unplugged, a live music show Wonderland, and a music competition show set in the hip hop world. The only consistency to expect from MTV is glorious inconsistency, and that's what's kept the channel so fresh after all these years.

So, sure, this news makes sense. MTV is adapting to keep up with the cultural climate, just as they always have. Given the growing number of quality actors who choose to star in television over film, the fact that television doesn't have to stick to a specific number of episodes meaning writers can pair structure to the story (while the average film clocks in somewhere around 130 minutes), and the freedom offered by an industry that doesn't have to rely on franchises to get a safe return on its dollar, television is more popular than ever before.

So kudos to MTV. They might be 35 years old, but they're as on the pulse as any teenager. The 2017 MTV Movie & TV Awards will air live from the Shrine Auditorium in Los Angeles, California on Sunday, May 7, at 8 p.m.

More like this
Shania Twain Replaced Brad Pitt’s Name In “That Don’t Impress Me Much” At The PCAs
By Jake Viswanath
You’ve Been Singing The Wrong Lyrics To “All I Want For Christmas Is You”
By Sam Ramsden
'The Holiday' Director Just Addressed *Those* Sequel Rumours
By Sam Ramsden
These ‘Love Actually’ Plotlines Are “Out Of Date,” According To Director Richard Curtis
By Grace Wehniainen
Get Even More From Bustle — Sign Up For The Newsletter