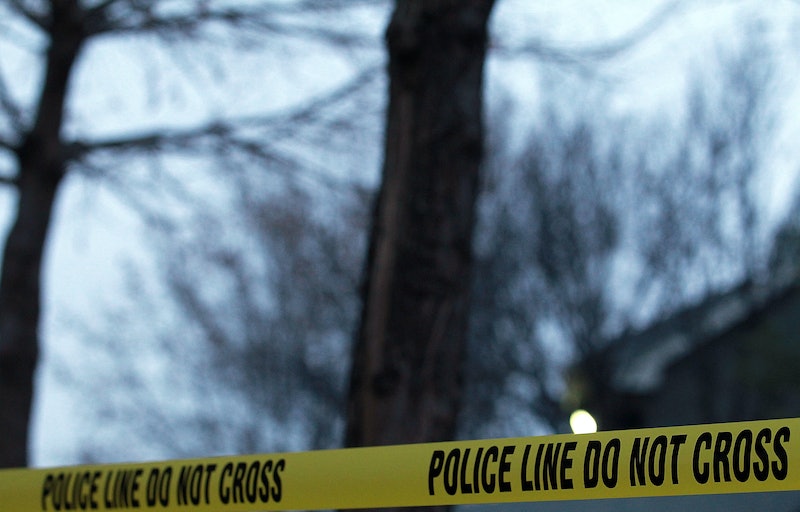 Roughly a month after a group of men were filmed brutally beating her in the street, Dallas police say that Muhlaysia Booker, a black transgender woman, has been killed. According to police, Booker was found fatally shot on a street in East Dallas early Saturday morning.

According to the Dallas Police Department, officers responded to reports of a shooting around 6:44 a.m. on Saturday. "Upon arrival, officers found an unidentified complainant, Black female, lying face down in a public street," a press release from police read. "Dallas Fire-Rescue responded and pronounced the victim deceased from homicidal violence." On Sunday, police identified 23-year-old Booker as the victim.

During a news conference held Sunday, Assistant Chief Avery Moore told reporters that, at that time, he "had no reason to say" or not say that Booker's death had been a hate crime. "A person lost their life, a family is grieving, and we as the Dallas Police Department think that's unacceptable," he said. Moore added that the department recognized that hate crimes "are a serious topic," adding that local law enforcement takes them seriously.

Footage of Booker being beaten by a group of men in an apartment complex parking lot surfaced online last month, spurring police to investigate the brutal attack. In the press release put out Saturday, police said Booker had told officers she'd been assaulted by a group of men using homophobic slurs after being involved in a minor traffic accident. According to BuzzFeed News, police were investigating that incident, which occurred April 12, as a possible hate crime.

While police have so far arrested one suspect in connection with that assault, Dallas Police Major Vincent Weddington told reporters at Sunday's news conference that there was, at this time, nothing to connect that suspect to Booker's murder.

Booker's death comes just weeks after she'd spoken out about the violent attack against her at a press conference and rally in late April. "This time I can stand before you, where as in other scenarios we are at a memorial," NBCDFW reported Booker said, urging the city to stand up for the LGBTQ community in her first public comments since her attack. "Our time to seek justice is now. If not now, when?"

On Sunday, Dallas Mayor Mike Rawlings said he was "deeply saddened" to learn of Booker's murder and called on anyone who may have information regarding the crime to speak with police.

In a statement released last month, Rawlings had characterized the attack on Booker as "mob violence," adding that he was "extremely angry" about it. "Those who did this do not represent how Dallasites feel about our thriving LGBTQ community. We will not stand for this kind of behavior," his statement read.

According to Human Rights Campaign, Booker is believed to be the fourth transgender person reported to have been fatally shot or killed by other violent means in 2019, following the deaths of Dana Martin in Alabama, Ashanti Carmon in Maryland, and Claire Legato in Cleveland. Black transgender women are at particular risk, according to Human Rights Campaign. The organization reported that in 2018, at least 26 transgender people were killed as a result of fatal violence with the majority of victims being black transgender women.