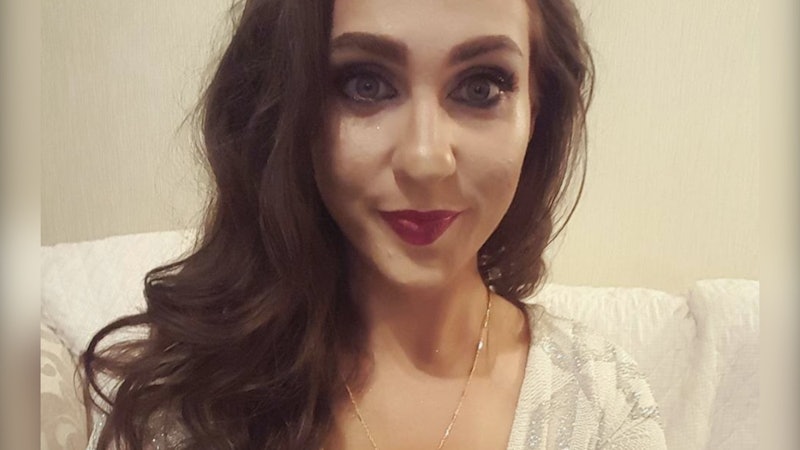 On October 12 2016, 24-year-old Alice Ruggles was murdered in her home by her ex boyfriend, Trimaan 'Harry' Dhillon. It was a horrifying incident, but sadly one that is in no way unique in the UK. Ever since her murder, Ruggles' family have been working to raise awareness of crimes such as this, and are asking for more to be done to prevent them. Helping to further this cause is the Channel 5 show Murdered By My Stalker, which tells Alice Ruggles' story, hearing from members of her family and others involved in the case.

The bio for Channel 5's Murdered By My Stalker reads: "Alice Ruggles was murdered in a cold-blooded execution by her soldier ex-boyfriend, despite Alice informing the police of his stalking behaviour."

Reporting on the case, Broadly writes that Ruggles "phoned the police twice for assistance in dealing with Dhillon's frightening and predatory behaviour." In response, Northumbria Police "issued Dhillon with a Police Information Notice (PIN), a harassment warning that carries no legal standing." And, as Broadly writes, "[Dhillon's] stalking continued to escalate with ultimately fatal consequences." While Ruggles' killer currently faces 22 years in jail, as the Chronicle Live reports, his sentence came far too late for her family.

The Ruggles' involvement in Channel 5's Murdered By My Stalker is all part of their mission to "raise awareness of coercive control and stalking, to ensure that relevant legislation is effective and adhered to, and to bring about lasting improvements in the management of perpetrators and the protection of victims," as written on The Alice Trust website, a charity that the family founded in 2017.

"Raising public awareness is a priority," the website states. "To this end we have taken part in four TV documentaries about Alice’s murder, as well as numerous radio programmes, podcasts and social media campaigns. These have reached millions of people across the UK and around the world. In addition we have made regular contributions to news items about stalking on both national and local media."

Alongside Channel 5's documentary, the Ruggles have taken part in Judge Rinder’s Crime Stories and An Hour To Catch A Killer with Trevor McDonald, both on ITV.

Describing Murder By My Stalker on The Alice Trust website, the family writes that it is "[a] powerful TV documentary telling Alice’s story." They continue: "Unlike An Hour to Catch a Killer broadcast on ITV last year, which focused on the police investigation following Alice’s death, this new documentary tells the whole story of what happened to Alice and highlights the lessons that need to be learned, both by the police and other agencies but also by the general public."

According to The Alice Trust website, Murder By My Stalker features Alice’s parents Sue and Clive, her sister Emma and her brother Nick, and her close friend and flatmate Maxine. It also features Richard Wright QC, the prosecution barrister for the trial of Dhillon, Police and Crime Commissioner for Northumbria Dame Vera Baird, Dave Thomason of Cheshire Police’s new integrated anti-stalking unit, and criminologist Dr Jane Monckton-Smith.