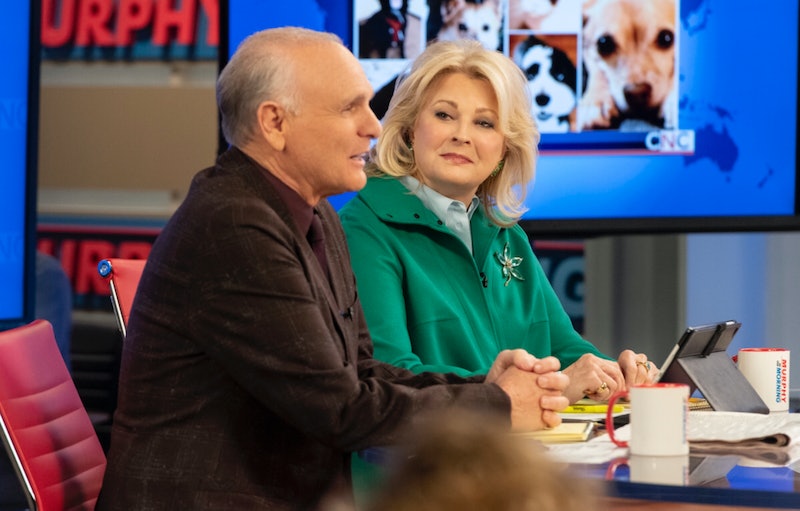 Reboots and revivals of beloved old series are often a fun, nostalgic way to take a peek back into the past. But one show that recently made a highly anticipated comeback will be taking another final bow at the end of this season. Sadly, Murphy Brown won’t return for Season 12, according to TvByTheNumbers.com. CBS didn’t include the revival in its midseason unscripted schedule, which the site says confirms “what many had already assumed” — that Murphy Brown would end after 13 episodes, and was not picked up for additional episodes.

As the site suggests, this wasn’t exactly unexpected. TVLine described the revival as a 13-episode deal back in September, and showrunner Diane English said the time felt right for a short stint back. “We started to feel like, there’s such a thing as the right time and place, so Warner Bros. suggested that I write the script, and I did, and then I felt after that like we were good to go,” she said. “Let’s just jump in and do 13 of these.”

The revival was met with excitement. The original Murphy Brown was beloved for its political commentary, and even 20 years following its departure, expectations were high.

Reviews went back and forth. Despite the hype, the 11th season of Murphy Brown only has a 43 percent positive score on Rotten tomatoes, and full-length reviews weren’t much kinder. Collider’s Andrea Reiher praised its cast for returning so seamlessly, but said that the reboot got off to an “uneven start.” “What doesn’t work as well, at least in the first two episodes, is how topical the show is trying to be. Yes, the original series was topical and liberal and didn’t shy away from current political issues,” she wrote. “The revival should be the same way. But it feels too forced.”

Deadline’s Dominic Patten questioned how well Murphy Brown was able to tackle the mayhem of the Trump administration. “This new and slightly extended Murphy Brown is so caught up in being topically anti-Trump that it will surely be yesterday’s news before the end of the night,” he wrote in his review.

CinemaBlend’s Nick Venable also took issue with similar aspects of Murphy Brown, writing that though the cast’s rapport with one another feels right at home with what the show used to be, the show relied too heavily on politics and “old age jokes.” Vox’s Todd VanDerWerff wrote in his review that though the jokes in the first few episodes were mostly easy shots at Trump, and the political depth might be a little shallow, there was still a kind of comfort found in the series.

Despite rocky reception, it feels like Murphy Brown did exactly what it wanted to do. “If Hillary Clinton was elected there’d be no artistic reason for this show to be on the air,” Steve Peterman, a producer on both the revival and the original, told the New York Times. “But because of the election and because the position the press is now finding itself in there were so many reasons for this show to come back. This isn’t a money grab. This isn’t a ‘let’s go out for one more swing at the fences.’ This was: We need to do this show.”

For those who did enjoy the return of Murphy Brown, a tight 13 episodes might have been all they needed to get a taste of the show that mattered so much a couple decades ago. And where it might have faltered, it showed just how difficult it can be for even an iconic and famously outspoken series to have legs when it resurfaces in a completely different political climate than the one in which it was born.