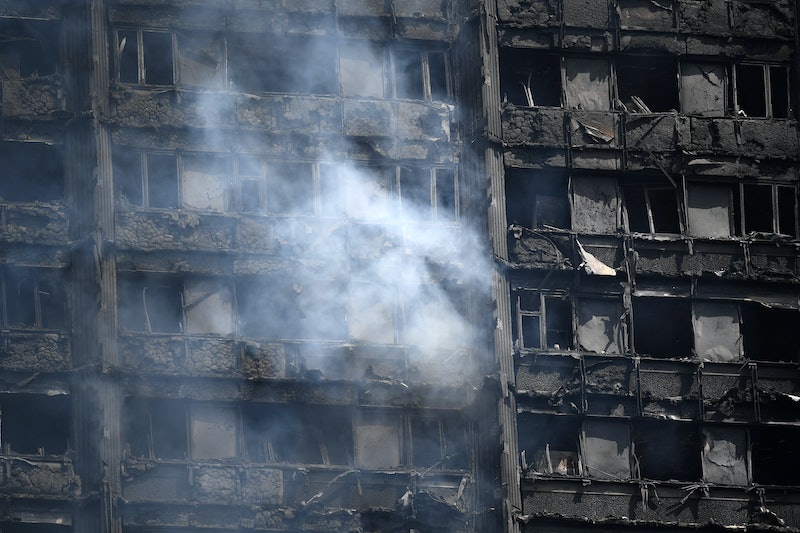 When fire swept through Grenfell Tower in London's north Kensington neighborhood shortly after midnight Wednesday, many residents in the 24-story apartment complex home were fast asleep. Given reports that fire alarms within the high-rise failed to sound as flames engulfed the building, the death toll could have been significantly higher had it not been for some residents' heroic early response. According to witnesses, Muslim residents observing Ramadan alerted their Grenfell neighbors to the fire and helped usher people from the burning building, potentially saving many lives.

According to multiple media reports, it was the Muslim residents who'd woken early to prepare for suhūr, the pre-dawn meal eaten before a period of fasting begins each day during the month of Ramadan, who first noticed the fire in Grenfell Tower and began to alert their sleeping neighbors.

"Muslim boys saved people's lives," an unidentified local woman told The Huffington Post UK. "They ran around knocking on people's doors. Thank God for Ramadan."Another witness told Sky News that the Muslims residents and neighbors awake for suhūr had been a "lifeline" for those evacuated from the high-rise.

Andre Barroso also reported seeing Muslim residents escorting others out of the building. "Muslims played a big part in getting a lot of people out," he told The Independent. "Most of the people I could see were Muslim. They have also been providing food and clothes."

In an interview with The Huffington Post UK, Grenfell Tower resident Khalid Suleman Ahmed said he had been waiting for suhūr when he began to smell smoke. "I was playing PlayStation, waiting to eat suhūr [when I] smelt smoke," he said. "I got up and looked out of my window and saw the seventh floor smoking... No fire alarms went off and there were no warning." Ahmed said he alerted his aunt, whom he lived with on the eighth floor, to the fire and then began "knocking on neighbors' doors."

"I would be up this late on a Friday night possibly but never [on] a random midweek night unless it was Ramadan," he told the news outlet. "There are a lot of Muslims living there and people choose up to stay up and wait [for suhūr] so it was certainly a factor for me and others. It probably did save lives."

At least 17 people are dead with dozens more injured or missing after a devastating fire rapidly engulfed Grenfell Tower with little to no warning early Wednesday. The cause of the fire is still under investigation.