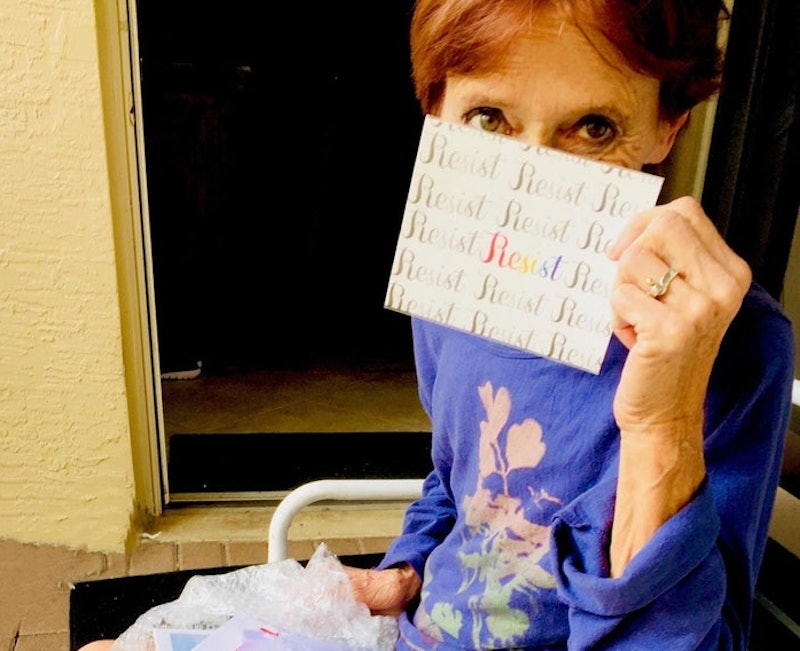 When I was a little girl, my mom dressed me in OshKosh. She gave me Legos instead of dolls and Free To Be You & Me for my record player. I liked overalls and sang, “In this land, every girl grows to be her own woman!” with aplomb. But I also yearned for princess gowns with pathological fierceness and wanted to be Cinderella so badly I swept the hearth in a pillowcase "apron." "I don’t get it,” my mom told my dad. “I’m trying to raise her without stereotypes, but she gravitates to subjugation.”

Even at four I must have known: we’re so often pendulums to our mothers. They swing one way, we the other. They push, we push back. And we make our choices accordingly.

My mom grew up in rural Minnesota in the 1950s. Most of her girlfriends married young, had children, stayed in town. My mom married young, earned a Juilliard scholarship for piano, and decamped to New York. She got divorced, moved from the Barbizon Hotel for Women to live in Greenwich Village, wore minidresses, and burned her bras. She was a Libber, marching for women’s rights and subscribing to the Ms! belief: A woman without a man is like a fish without a bicycle. “Anything you can do, I can do better,” my dad sang. “Male chauvinist,” my mom replied.

"...we’re so often pendulums to our mothers. They swing one way, we the other. They push, we push back."

My mom was married and about to embark on a world concert tour when she got pregnant with me. Tour postponed, she found herself in the suburbs with a baby.

Caring for a child and practicing Rachmaninov eight hours a day weren’t exactly congruent. I used to crawl beneath her Steinway and put my hands on the pedals. Eventually, she stopped performing.

Her refrain instead became: “Don’t be a 1950s housewife."

What was wrong with being a housewife? I liked houses. I wanted to be a wife. I even liked cleaning. I never dared ask. My mom’s unhappiness was enough.

I married my first husband at age 23, when my friends were going to grad school, the Peace Corps, or Brooklyn for new jobs. I was a little embarrassed, but there was no way I’d let my mom know that. “That giant wedding dress is so regressive,” she commented. I smiled defiantly from clouds of tulle.

"What was wrong with being a housewife? I liked houses. I wanted to be a wife. I even liked cleaning."

But when my new mother-in-law toasted, “May we soon hear the pitter-patter of little feet!” I exclaimed, “God forbid!” into needle-off-the-record silence. My mom drank. “Oh, well,” she said.

I’d married for love, but we wanted different things. My husband: a young family. Me: to be a writer. Not mutually exclusive — except I'd been taught that kids meant career death.

Suddenly I was a feminist.

I re-read Erica Jong. My husband asked me to bring him a beer and I almost brained him with a frying pan. He proposed we get pregnant and I accused him of subjugation. “When can we start trying?” he asked. Once I’d published my first book. “How long’ll that be, then?” I didn’t know.

"Not mutually exclusive — except I'd been taught that kids meant career death."

Over the next decade, while my friends married and had families, I published two books and had relationships. When it came to remarriage and children, I froze. I loved my career, but sometimes I felt like a Roy Lichtenstein woman: I forgot to have a baby!

Right before my 40th birthday, I had a bad breakup. My mom came to visit. Divorced from my dad, she’d married Husband # 3 but didn’t like him much, so they were separated. “You’ve always been such a romantic,” she said, as if it were a disease. “So man-crazy.”

“I’m not crazy,” I said. “Am I supposed to stay single and childless to prove to you I’m strong?”

My mom looked startled. “I just want you to be happy.”

"What if she wanted me to make choices that suited me, even if she disagreed?"

Most of my friends have children and careers, a difficult balancing act I watch with awe. I didn’t think I could do it — not the way I write, which is immersion eight hours a day, the way my mom used to practice piano. That’s why I hadn’t had kids. But maybe there’s a different way to write. I’m thinking about things in a more flexible way.

So was my mom. In 2016, having happily outlived Husband #3, she was diagnosed with breast cancer. I flew to Florida for her mastectomy, after which we watched Hillary Clinton accept the Democratic nomination for President. “About time,” my mom said. “I have to get better, to see the first woman president.” She sipped her Scotch. “And your children.” She knew for my 40th birthday, I’d frozen my eggs.

“About time,” my mom said. “I have to get better, to see the first woman president.”

My mom didn’t get better. She died in early 2018. “I’m counting on you,” she said after I marched for her in Washington. “Don’t give up.”

I promised I wouldn’t. And I won’t. I still don’t know if I’ll have a child, a daughter named Frances after her, a son named Frank. But without my mom and women like her, we wouldn’t have choices. They are her legacy, one I will continue.

Jenna Blum is the New York Times and internationally bestselling author of Those Who Save Us and The Stormchasers and one of Oprah’s Top 30 Women Writers. Her new novel, The Lost Family, will be available from Harper Collins on June 5.

More like this
To The Beauty Products I'll Never Use
By Alix Strauss
Angourie Rice Unleashes Her Inner Control Freak
By Jessica Derschowitz
We’ve All Had Bad Sex. Nona Willis Aronowitz Is Talking About It.
By Sophia Benoit
Watch The Trailer For Netflix’s Edgy New Comedy 'FAKES'
By Brad Witter
Get Even More From Bustle — Sign Up For The Newsletter