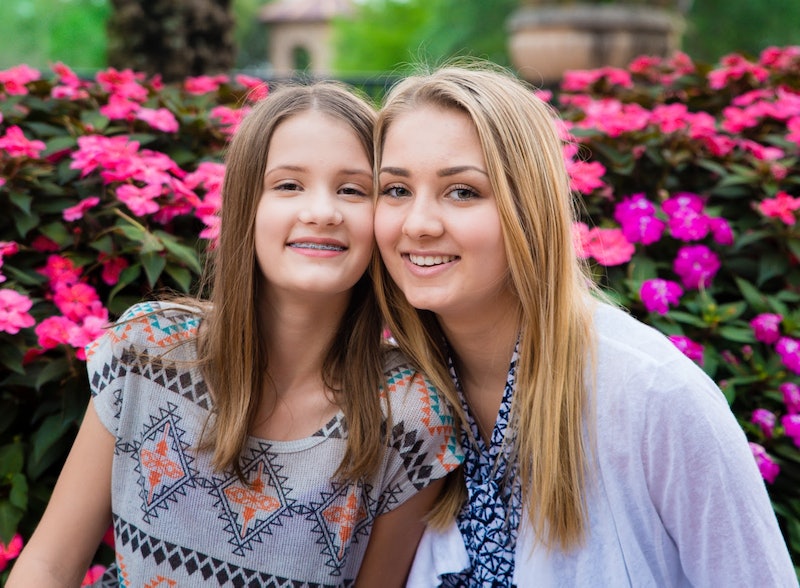 In this op-ed, Meghan Petty, a 20-year-old college freshman whose sister, Alaina, was killed in the Parkland, Florida, school shooting, reflects on the one-year anniversary of her death.

I graduated from Marjory Stoneman Douglas High School in 2017, and I took a gap year before starting college. didn’t understand why I wanted to wait to start college at the time, but something inside of me was whispering, “Just hold off for a bit.” I had the opportunity to spend that year with my sister, Alaina, which turned out to be a really big blessing. I got to see her mature so much in the time she was in high school, and I saw a glimpse of the amazing woman she would have become.

My little sister started high school the year after I graduated. On Feb. 14, 2018, she was inside the freshman building when a boy who had been making online threats about coming into school and shooting it up actually did. She was on the first floor in a classroom, and she was one of the first people to be killed. She likely was not able to get under cover fast enough, or didn’t realize what was happening in time.

Alaina was super funny, sweet, and independent. She was into JROTC, the school’s pre-military program, liked science, and was about to be taller than me. It’s not that fun for an older sister to be outgrown by her younger sibling, but I couldn’t fight genetics. I don't have a problem admitting that I looked up to her in a lot more ways than just physically, even though she was 14, and I am 5 years older than her.

It’s hard to be a girl today. There’s so much pressure from everyone to dress and act a certain way to be liked and popular, but none of that ever seemed to affect her. She was always sticking up for other people and for herself. I’m not a total pushover, but it's always been harder for me to shut out other people's opinions, because I worry so much about what everyone will think. I admire her strength and self-confidence so much, and I want to be more like her.

It’s only been a year — and it’s already been a year. I’m not sure how I'm going to make it the rest of my life without her. But I want to make her proud, so I just kind of keep pushing through, even when I don't want to or feel like I can’t possibly make it through another day.

It was Valentine’s Day. My best friend and I at the time didn’t have boyfriends, and we were going to do a girls’ night: go out to dinner, take some cute pictures, and show everyone we don’t need a man. We were just being dorks.

I worked at an orthodontist’s office, and we were giving out roses to our patients. I remember looking at the flowers and thinking, “I should take some to her tonight.” My sister’s best friend was actually my best friend's younger sister, so I started thinking maybe the four of us could go out and do something fun together.

I was just going about my day and thinking about how fun going out that night would be. Everything was pretty normal, until it wasn't. That afternoon, I went up to the receptionist to say hi, like I had a thousand times before. She just had this look on her face of worry, and she told me there was somebody with a gun inside the school. Her daughter goes to Douglas as well.

My boss let us all go early, and I drove home. I texted Alaina only once, because I knew my parents were probably blowing up her phone trying to get a hold of her. We heard pretty quickly that my brother was OK. He was being evacuated and taken to the hotel where kids were being released to their parents, but we still hadn't heard from her. She would always turn her phone off all the way and put it in her backpack for class, so I was holding out and waiting to see what was going to happen and when we were going to find her.

Something inside of me kind of pulled me back together. I like to think that it was my sister watching out for me.

My best friend came over, and she sat with me while my parents went to go get my brother and wait for my sister. She was freaking out, and it was me sitting there saying everything is going to be alright. As time passed, I knew something was wrong. I was praying on the inside, trying to just beg God, if he would just let her be injured. Injured meant she would heal, and I could handle that. I called a few hospitals to see if they had her, but they said they had identified everybody that they had. I was frustrated and a little bit hopeless.

Around midnight, my parents came home. They walked in, and she wasn't with them. And that was when all of my worst fears became a reality.

I lost it for a couple of minutes. I felt my heart just shatter inside of me, and then I felt something pull all its pieces back together. I believe it was my sister holding me together, because I couldn’t do it myself.

I’m a freshman at Florida International University in Miami, where I’m studying international relations. I don’t keep my sister’s death hushed in the way of like, “Oh, we don’t talk about that.” I feel like that is avoiding remembering that she was a person, and that she lived and died. I try to go visit her at least once a week. I just go talk to her, as if she were still here. I plan on staying in Florida, because I want to be able to visit her always. I made her a promise after she was gone that I would never forget about her. I hope she heard it.

It’s been hard. I'm not going to sugarcoat it. I have a therapist that I talk to who helps me process my feelings. I have days where I have a good solid day, and then there are days where I’ll be lying in bed trying to fall asleep, and I can’t stop crying. I almost can’t breathe, just thinking of all of it — but mostly how much I miss her, how much I wish she was still here, and who she would have been if she got the opportunity to grow up. Knowing that she’s never going to have that hurts the most.

I was doing OK until I realized, the one-year mark was approaching. That was when it hit me hard again. The pain in my heart is still as fresh as if she had died yesterday, but it also feels like it was a lifetime ago that I got to see her sweet face or give her a hug.

I notice that when I’m crying or getting to the point of where I'm about to have a panic attack, something — I think it’s my sister — pulls me back together, so I don’t completely lose it. I almost rely on that feeling that she’s there and making sure I’m OK. She’s my little guardian angel. She was super tough as a person, so as an angel, I can’t even imagine how much tougher she is. She's probably a superwoman.

Alaina was an amazing person. She had so much love for other people and so much integrity. I’ve been trying to be nicer and more loving and caring toward everyone, so her memory lives on. I know I’m doing it to be more like her and to actually follow her example, because I admire her so much. I’m trying to still work hard at school and being able to do all the daily things that are harder sometimes. She doesn't have the opportunity to do those things anymore, so I've taken it on myself to do great things like I know she would have done.

As for the one-year mark, my family is planning on spending it together and taking it easy. It’s hard for me and it's hard to lose a sibling, but I know that for my parents it’s even harder because they’ve lost their baby. I want to be able to support them and help them out in any way that I can.

If you knew Alaina, you’d know she would have done really great things in the future. So, I’m trying to be more like my sister, and I want women to know the lessons she taught me. Be comfortable in your own skin. The more that you love yourself, the more you're able to love other people. Do what it is that makes you happy. Don’t worry — like I do sometimes — about what other people might say or think. If something brings you happiness and joy in your life, you should do it. Always love your family. They’re a huge blessing and you never know which moment you have with them will be your last.