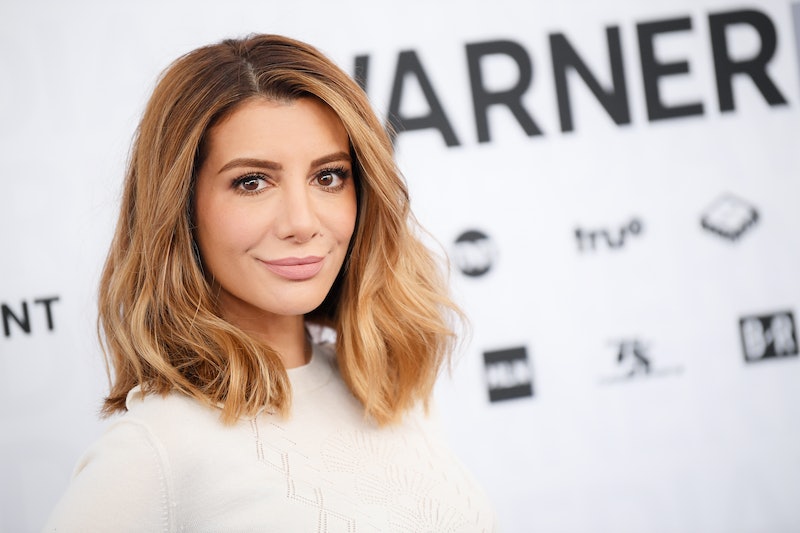 Five years after she left Saturday Night Live, Nasim Pedrad is set to play her most unexpected character yet. On Wednesday, May 15, TBS announced they picked up Pedrad's sitcom, Chad, which stars the comedian as a teenage boy navigating his way through high school and trying to find his place among his white peers. While a premiere date for the wonderfully strange-sounding show has yet to be decided, Chad has been in development since 2016, when the show's pilot was ordered by Fox, but never made it to air.

According to Vulture, the show will center on Pedrad's character, a 14-year-old Persian boy, "as he desperately tries to fit in, cope with his mother’s dating life, and reconcile his cultural identity." The first teaser for the show underlines that idea, opening on Pedrad's confident voice over as a high schooler makes his way through the hallway ... only to reveal that her character doing the voiceover, Chad, is actually recording an affirmation for himself while waiting to be released from the locker he's been stuffed into "by my really good friends."

The clip combines deeply relatable moments of the high school experience — crying in the bathroom, struggling in gym class and a desperation to be popular because "fitting in rocks" — along with plenty of absurd moments that could only come from the mind of Pedrad, like Chad berating his friend for borrowing their mother's leather shorts.

"I’m so grateful to TBS for believing in Chad and giving an adult Middle-Eastern woman the opportunity to play a teenage boy while also running the show behind the camera," Pedrad — who created, wrote and produced the show in addition to starring as Chad — told Vulture in a statement. In addition to highlighting the absurdity of casting herself as a teenage boy, Pedrad's statement also nods to the fact that the comedian has been attempting to write roles like Chad for herself since her SNL days.

In a 2014 interview with Conan O'Brien, Pedrad joked that she spent most of her time on the late night sketch show attempting to play weird, short men, much to the chagrin of the show's producers. "I was constantly on a mission to play Aziz Ansari," she revealed during an episode of Conan.

"The producers were always like, 'Hey, what about this week you play a pretty gal?' and I was always like, 'Or what if I play another small man?'" Pointing out the absurdity of seeing her play a "small man," Pedrad described her appearance as Ansari as "disturbing. He's a handsome guy, but me as Aziz is a real boner-eraser."

In addition to bringing one of Pedrad's most absurd characters to prime time, Chad will also reflect the dual struggles of finding yourself in high school and attempting to assimilate into a new culture and country. Pedrad — who was born in Iran — is uniquely qualified to combine those worlds, as she used classic sitcoms and SNL as a way to understand American culture when she was growing up. "I remember watching I Love Lucy and SNL, and leaning toward comedy as a kid," she told Grantland in a 2014 interview.

"But I would watch those shows in an effort to understand American culture and assimilate, because I wasn’t necessarily getting as much of that from my parents as my American friends were," she explained. "I have early memories of watching the show, and knowing that it was going to help me stay in the know, even in the years when I was too young to fully understand what the sketches were about."

In her own, unique and kooky way, Pedrad will be able to offer that experience and way of learning about America through Chad. After all, nothing is more universal than the feeling that you don't quite fit in.