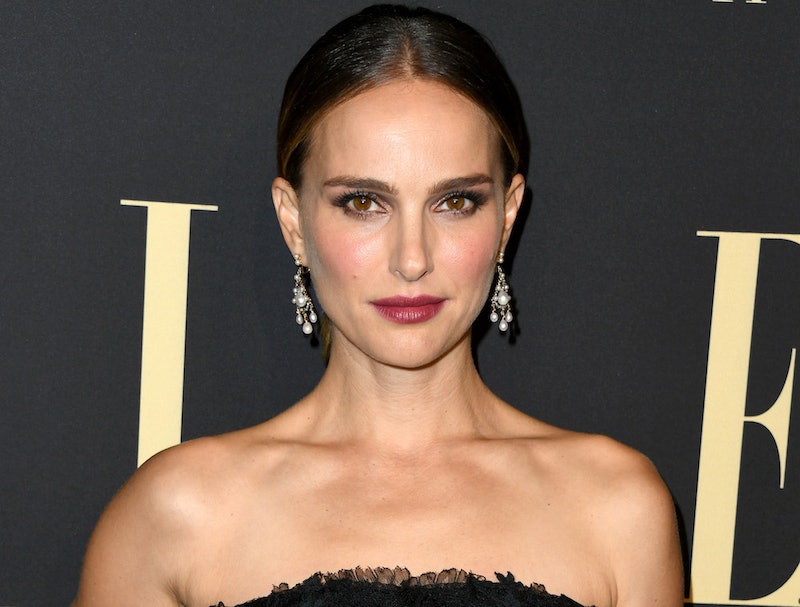 While Thor’s Jane Foster is diagnosed with breast cancer in the comics, Natalie Portman isn’t sure if Thor: Love and Thunder will tackle that particular storyline on the big screen. Portman will reprise her role as the astrophysicist Jane in Love and Thunder, the fourth film of the Thor franchise that will see Jane take on the role of a female Thor. At a fundraising gala on Oct. 19, Portman weighed in on the possibility of the breast cancer storyline. “It’s just very rare that these kinds of big entertainment films look at more serious, real-life issues,” she told Variety at the event. “I really don’t know anything about it." She noted to the media outlet that she has heard the "same rumors as you have.”

In early October, director Taika Waititi told Variety that whether or not Jane’s health battle would make it into the film has “yet to be seen.” He said of the breast cancer storyline, "I think that’s a really powerful part of the books. I think it's really cool that she's fighting this thing and there's two battles going on. Personally I really love that storyline.”

In the comics, Jane becomes the new Mighty Thor when the original Thor is no longer able to wield his magical hammer. During that time, Jane had also been diagnosed and treated for breast cancer. While Waititi expressed interest in taking on the storyline to Variety, he also added that a lot is often left on the cutting room floor. “These things change through the shoot and even when we’re editing sometimes,” he said. “Like, ‘Let’s get rid of that storyline where she’s got breast cancer. We’ll change it to something else, or maybe she’s fine."

The inclusion of Jane’s breast cancer storyline wouldn’t mark the first time Marvel films have tackled similarly serious topics. Black Panther’s backstory of villain Erik Killmonger depicted the systemic racism he had to endure as a Black man in America. Iron Man 3 explored Tony Stark’s deteriorating mental health as he suffered from PTSD and panic attacks due to the events that took place in The Avengers. Most recently, Captain Marvel took on the sexism with Carol Danvers’ experience as a female fighter pilot in a predominantly male setting. Plus, there was the classic scene where she scowled at a man who told her to smile.

More like this
The 'Scream 6' Trailer Shows Off Hayden Panettiere's Return & Ghostface In NYC
By Jack Irvin and Jake Viswanath
Anne Hathaway Shared A "Thrilling" 'Princess Diaries 3' Update
By Darshita Goyal
Twitter Is Overjoyed By Angela Bassett’s Record-Making Oscar Nomination
By Maxine Harrison
'Friends' Star Maggie Wheeler Offers Support To Matthew Perry After Reading His Memoir
By Alyssa Lapid
Get Even More From Bustle — Sign Up For The Newsletter
From hair trends to relationship advice, our daily newsletter has everything you need to sound like a person who’s on TikTok, even if you aren’t.