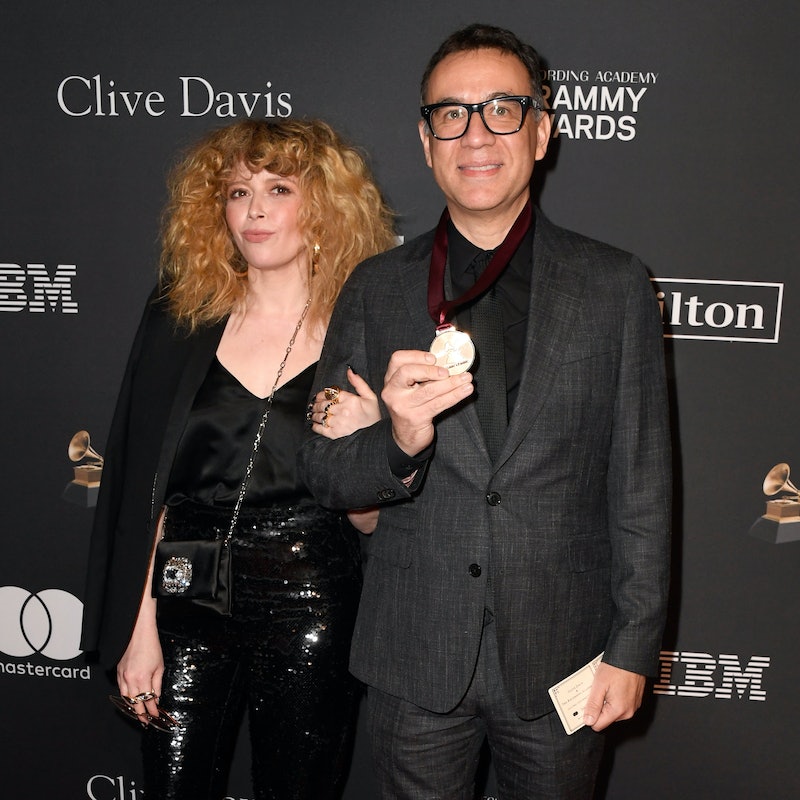 Natasha Lyonne and Fred Armisen seem like a pretty solid couple. While they remain relatively low-key about their relationship, mostly keeping mum on the details and settling for walking the occasional award show red carpet arm in arm, from the outside, they seem pretty well-matched and built to last. In fact, they are so lowkey that casual fans might not even have known that Natasha Lyonne and Fred Armisen are dating. But they've been together for a long time actually.

Lyonne and Armisen are actors who seem to hang out with the same people (or at least star in similar projects), so the fact that they formed a connection wasn't all that surprising. Their relationship began all the way back in 2014, when they were first spotted being flirty and affectionate at that year's Emmys ceremony, walking arm in arm and being generally adorable.

In one of the interviews Lyonne gave to reporters while on the red carpet that night, she even joked about sexting with someone, telling E! Online, "This is not a G-rated text message I'm sending right now." Considering how loved up she seemed with Armisen, she may not have been joking.

They repeated the smitten performance at the following year's ceremony in 2015, though they still hadn't officially confirmed their romance. It was pretty clear to anyone that saw them, however, that both Lyonne and Armisen were pretty into each other.

There seemed to be radio silence regarding the couple's relationship for the next couple of years, but fast forward to August 2019 and Lyonne was back on O'Brien's couch, this time talking about how different her approach to vacation is from Armisen's. She told the host that while she loves beach holidays, Armisen isn't so convinced because he "finds the ocean to be too strong and unyielding" and therefore "wants no part of it."

Besides these few isolated incidents, neither Lyonne nor Armisen talk much about their relationship with each other. There are no photos of them together on social media, either. Lyonne's Instagram account is full of photos of her dog, her film and TV projects, and the occasional meme while Armisen's is strictly dedicated to his acting and music careers and completely avoids personal posts of any kind.

It would seem that Lyonne and Armisen have learned the golden rule of Hollywood relationships: keeping things private is the only surefire way to ensure things stand a chance of lasting. You have to respect that approach—and hey, at least we get the occasional glimpse of them together at big events. We'll have to keep our eyes peeled—the Emmys are just around the corner, after all.